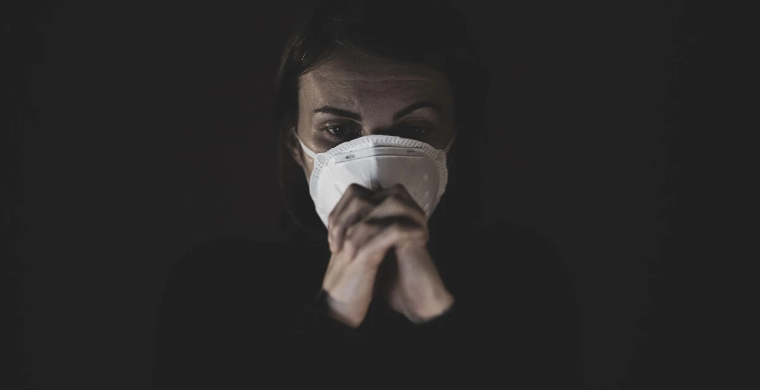 “… trauma challenges so many assumptions about who we are, what our purpose is and how to make sense of a traumatic event,” wrote theologian Danielle Tumminio Hansen, in a piece for The Conversation last year. “Faith-based beliefs and practices offer meaningful resources to help navigate those questions. This is why spiritual beliefs and practices across various religions can often lead to faith strengthening rather than weakening, following a trauma.”

A Pew Research poll conducted in the summer of 2020 found, in the United States at least, the pandemic was strengthening many people’s religious faith.

“Nearly three-in-ten Americans (28 percent) report stronger personal faith because of the pandemic, and the same share think the religious faith of Americans overall has strengthened, according to the survey of 14 economically developed countries,” the Pew poll found after the first few months of the pandemic.

This new study focused more on temporal changes to religious belief over 18 months, beginning June 2020 and running up until November 2021. Nearly 5,000 people in Germany were surveyed at various points over the 18-month period, and the researchers found the longer the pandemic went on, the more people were losing their faith in God or a higher power.

“Analyses revealed that with the 2nd wave of the infection and its 2nd lockdown, trust in a Higher Source, along with praying and meditation decreased,” the researchers wrote in the new study. “Also, the sharp increase in corona-related stressors was associated with a decline of wellbeing and a continuing loss of faith. These developments were observed in both Catholics and Protestants, and in both younger and older persons.”

In June 2020, at the beginning of the study, only three percent of survey respondents indicated they had lost faith in a higher power due to the COVID-19 pandemic. Across six more surveys over the next 18 months this percentage consistently increased until the final survey conducted between August and November 2021 found 21.5 percent of people reporting a loss of faith due to the pandemic.

Loss of faith responses were consistent across not only Catholics and Protestants but also those more agnostic respondents classified as religiously non-affiliated. But the researchers hypothesize this general loss of faith trend during the pandemic is most likely due to a severing of the social bonds many religious communities rely upon.

“It seems that, due to the long course of social distancing and related restrictions, more or less vital social and religious bonds between people and local religious communities were affected and even disrupted,” the researchers hypothesized. “… when sacred spaces (i.e., the churches) are not easily accessible, people may lose access to the center of their public religious life, and thus they may either develop new forms of spiritual practices in privacy or simply get used to the loss.”

A recent survey from the Pew Research Center suggests this pandemic-related decline in religious belief may not translate to the United States. Although Pew has found a consistent decline in general religious affiliation over the past 15 years, it has not detected any unusual drop over the past 24 months.

While the pandemic has unsurprisingly led to decreases in US church attendance over the past 18 months, it is believed this should pick up as the coronavirus subsides. And many religious organizations are indicating a need to modernize their accessibility to make better contact with younger demographics.

The new study was published in the Journal of Religion and Health.

Losing my religion: The pandemic is causing many to lose faith in God

New research published in the Journal of Religion and Health has found faith in God and trust in a higher power declined across the course of the pandemic. The German survey found the longer the pandemic went on, the more people seemed to lose their faith in God.

It is generally thought that belief in God and reliance on religious institutions increase during times of trauma and crisis. Prior studies have indicated faith-based beliefs can help people make sense of traumatic events that can initially seem meaningless or random.