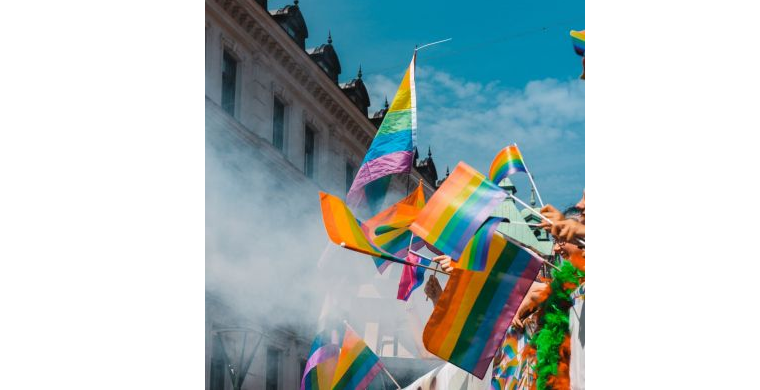 The main thing these authors got wrong was the timing: it took far longer than they imagined. However, on almost all other fronts, their strategies were implemented and the wildly successful annual season of Pride is one of their many accomplishments.

Jesus’ teachings are now increasingly cancelled – who wants the charge of ‘homophobic and transphobic hate speech’? However, we need to heed the words, ‘Whoever is ashamed of me and my words, the Son of Man will be ashamed of them’ (Luke 9).

The whole world (apparently) has jumped on the Pride bandwagon while those who ought to be sounding the alarm and giving a lead are largely mute.

So, what can be done?

1) Realize what is happening, and act accordingly.

This is revolution. Pride is political activism with the end goal being ‘revolution in culture’.

This is what gay campaigner Peter Tatchell had to say, ‘The core, ground-breaking message still rings true: that true queer emancipation involves changing ourselves and then changing society, rather than adapting to it. What’s required is a revolution in culture, to overturn centuries of male heterosexual domination and the limitations of traditional gender roles.’

And see the recent report on how Christians self-censor to survive professionally. It makes for chilling reading.

Educate yourself and start to pray with like-minded people. Expect pain barriers and cognitive dissonance, but keep going, it is worth it!

If your church supports Pride or related events, stop your direct debit.

Support those fighting for religious liberty and freedom of speech and conscience, such as Christian Concern. Ask your church to give them a platform. The Free Speech Union is another excellent group.

2) Protest to the manager of your Pride-themed Waitrose or Morrisons.

Shop at Lidl or Aldi instead and thank the manager for a Pride-free shopping experience.

Having conversations with sympathetic managers can give them some much-needed support to push back. Say you are doing this on behalf of Muslim and Christian communities, social conservatives and children.

Other points that are useful for pushback

Recent figures state that just 1.3% of the population are bisexual and 1.8% are lesbian or gay. Trans numbers are far smaller. What other groups get so much exclusive focus?

In terms of suicide (a key pre-text for gay rights), adult males in their 40s and 50s from lower socio-economic groups are most at risk. What about them?

Stonewall discriminates. Their tacit claim to the moral high ground of full inclusion is fraudulent.

Excluded are the more ‘alternative’ minorities. Most official groups exclude: MAPs (minor attracted people AKA paedophiles; the smart ones claim they are celibate); zoos (those who love and attach sexually to their animals, mostly larger mammals); polys (polyamorists who actually are receiving lots of good press at present); kink (those who need pain to orgasm as part of their sexual protocol); and those with GSA (genetic sexual attraction, a form of adult incest). The above claim their kinds of ‘loving’ are natural, consensual, innate and benign. And they are getting tired of being in their closets! Ask the store manager if s/he supports all sexual minorities. I have shut Peter Tatchell down with this argument.

The growing community of ex-LGBTs are excluded by Stonewall, ignored by suspicious conservatives or attacked by angry activists. But they have experienced powerful change for the better. Why are others given platforms but not them? Promote Unashamed. Ask your church to join you. If they won’t, ask them why.

To note: I am firmly against high risk sex for all people, not just MSMs. Sadly, most of the latter have little idea what risks they are taking; at the very least they deserve to know the full situation. The latest monkeypox outbreak (spreading disproportionately among LGB men) is the latest example.

Sadly, these risks are being imported now into youth culture and heterosexual sex. However, the risks are minimized or ignored entirely, which is a grave disservice to everyone, regardless of ‘orientation’.

We want the best for people and so are opposed to Pride. LGBT people deserve proper help and we must offer it, as well as stand against this revolution which is taking the country by storm.

Dr Lisa Nolland is CEO of the Marriage Sex and Culture Group, London.

Part One of my exploration of Pride described a revolution enveloping the West while the Church is mostly MIA or AATW (missing-in-action, asleep-at-the-wheel). You can see it here: https://virtueonline.org/pride-real-agenda-part-one

A key reason is that progressives now influence and/or control much contemporary life. They gained this power via sophisticated propaganda, among other things. The seminal After the Ball, by gay apologists Marshall Kirk and Hunter Madsen, is their propaganda playbook.