In the Roman Rite, the term “vigilia – vigil” traditionally means a penitential day of preparation for a major feast. The Mass of a Saint’s vigil is celebrated after None, as are the Masses of the ferias of Lent or the Ember Days, and in violet vestments; however, the deacon and subdeacon do not wear folded chasubles, as they do in Lent, but the dalmatic and tunicle. The Mass has neither the Gloria nor the Creed, the Alleluja is simply omitted before the Gospel, not replaced with a Tract, and Benedicamus Domino is said at the end in place of Ite, missa est. 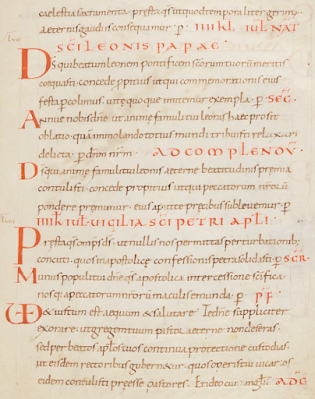