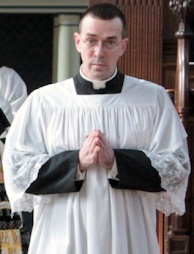 The Tablet and other Catholic news services have reported that Alcuin Reid, OSB, the well-known conservative liturgical scholar and superior of a fledgling Benedictine community in the French Diocese of Fréjus-Toulon, was ordained a priest in April, 2022. He had no canonical permission to take holy orders. In fact, abbots and bishops had refused Reid (age 59) priestly ordination for decades, prompting some observers to wonder about irregularities. In an earlier period, Reid had been associated with Farnborough Abbey. Immediately after hearing of the ordination, Reid’S local ordinary, Mgr. Dominique Rey, suspended him and forbade him to perform any and all priestly ceremonies in public or in private.

The development could discredit Reid’s standing as a liturgical scholar. The native Australian’s book, The Organic Development of the Liturgy (2004), was well-received, reprinted in English by Ignatius Press, and translated into Italian. Cardinal Ratzinger wrote the preface. Reid was active as an editor even before that, editing the proceedings of a 2001 conference, Looking Again at the Question of the Liturgy With Cardinal Ratzinger. In 2009, Reid edited together with others a new edition of Adrian Fortescue’s famous manual, The Ceremonies of the Roman Rite Described (Burns & Oates, 2009). In 2016, he edited (and contributed many articles to) the T&T Clark Companion to Liturgy (contents here).

Several other projects, including many homiletical and monastic writings published on the internet, flowed from Reid’s pen, but he was never admitted to ordination higher than that of the diaconate. Nor had Bishop Rey issued the litterae dimissoriae necessary for ordination. The future of Reid’s priory in France is now uncertain.

The illicit ordination surprised many because Reid had previously not identified himself as a traditionalist. Some of the journals and publishing houses which published his work previously will not do so in the future. Other liturgical scholars who contributed to his books may not want to collaborate on future projects.