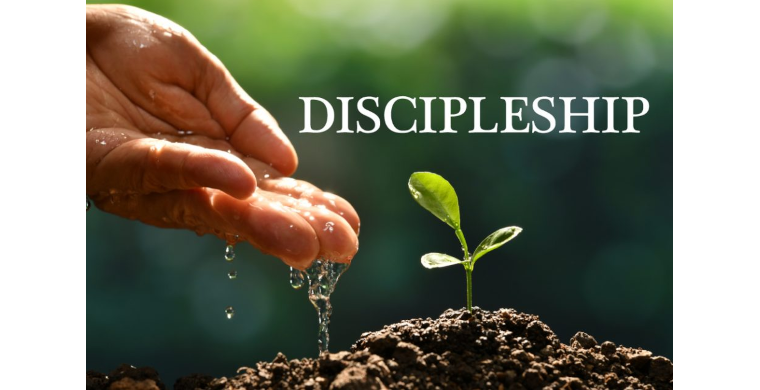 One of the bishops said, “that people will rarely turn into disciples unless you’re intentional about making them.” Practical advice, but no one even gave a definition of discipleship, let alone its practical outworking. Who and what is a disciple, pray tell?

Here are 650 bishops, a growing portion of whom believe that sodomy is good and right in the eyes of God and should be blessed, married, offered holy orders, ordained and consecrated, and who also believe that “plural truths” implies no absolute truth on any issue, and that everything depends on contextualization, culture and class. Toss in white privilege, groveling before ancient shrines and sins and you have a quiescent archbishop who is too frightened to announce absolute truth unless it is about planting a tree for climate change and offering multiple apologies for sins he never committed.

There you have it. Former PB Frank Griswold gave us “pluriform truths” and watched with joy and approval as V. Gene Robinson, a divorced and married (and then divorced again) homosexual, was consecrated bishop in The Episcopal Church, thus paving the way for more “gay” and lesbian bishops to occupy sees across the church.

So, what does discipleship mean in this context? The answer is simple: Nothing. It is meaningless drivel. The truth is Robinson has been “discipling” The Episcopal Church ever since, pushing his and the church’s inclusive and diverse agenda. It should have been the other way round.

The first question must be who is doing the discipling; the second question is what is the discipleship message? and the third question is, can it be found in the New Testament and would Jesus approve?

Again, Ashey asks the right question; “How does the Church disciple someone who wants to come out of a homosexual lifestyle or who is transgendered? What if the church, that a new Christian worships in, rejects the Bible as the unique Word of God, as some churches do? How does that person’s discipleship move forward? Or what is a Muslim to do, if he converts to Christianity and finds himself in an Anglican church that hosts Muslim services, or invites Muslim speakers and prayers, or preaches that all religions point to God? Would that person’s discipleship be different than the ex-Muslim who walks into a biblically faithful Anglican Church that preaches and teaches about Jesus as Lord and Savior of all? No doubt, it would.”

Mutually contradictory views about sexuality, human nature, scriptures, and tradition all inform our view of the Gospel of Jesus Christ and of discipleship.

The Archbishop of Canterbury said the two integrities about sexuality can live side by side, because no province can tell another what to do or how to live. The Lambeth conference is not a legislative body. But we are a biblical body, informed by scripture and that is trans cultural, trans-race and transnational.

Nigerian Anglicans have no difficulty affirming the Biblical doctrine of human sexuality which happens to comport with Anglicans in North America who read the same Bible.

Those who affirm otherwise are not reading from the same book, or, if they do, they are twisting it to satisfy their own “devices and desires.”

“What we believe about fundamental doctrines affect whether we can walk together in mission, evangelism, and discipleship with other Christians. No matter what the Archbishop of Canterbury says, plurality of truth will lead us into very different, and likely irreconcilable, visions of what it means to follow Jesus and live our lives as he would,” wrote Ashey.

The parallel tracks that Archbishop Welby is careening down on, will only result in the train, sooner or later coming off the tracks. The speed and momentum the Lambeth railcar is racing along is unsustainable. Sooner or later, it will fall over the cliff, and, like Humpty Dumpty it will be impossible to put back together again, thus sealing forever the fate of the Anglican Communion.

“We believe in the supreme authority and the perspicuity of holy Scripture to reveal the will of God. We are dutybound to God to guard the gates of the church so that nothing in our church’s ‘faith and order’ is contrary to Scripture. We believe that the revealed Word of God is life-changing, enabling a person to be free and whole. We are also, therefore, duty-bound in love to our fellow human being to ‘hold fast to the word of life’ (Phil. 2;19) and to hold it forth to the world God loves.” (par. 5.3)

Now that is the basis of discipleship that has teeth and hope, based solidly on Scripture with freedom to operate in this life and hope for the life to come.

Can a gathering of bishops who affirm plural or pluriform truths, accept multiple sexualities, genuinely speak about discipleship in any coherent form that brings a person closer to Christ?

That is one of the questions left hanging here at Lambeth, even as 650 bishops disperse to the four corners of the globe.

At one briefing, three panel bishops: Bishop Eleanor Sanderson, of Wellington, NZ; Presiding Bishop Michael Curry, USA and retired Bishop Moon Hing of West Malaysia were asked about discipleship and we got back an answer that might have come right out of an episode of “Happy Days”. We were treated to something they called “intentional discipleship.” I was all ears, expecting a deep dive into scripture about what is a disciple, how one becomes a disciple and how one continues down the discipleship path with our Lord, especially in these post-modern indeed, some might say post-Christian, times. Pretty standard stuff. Pen poised, I waited.