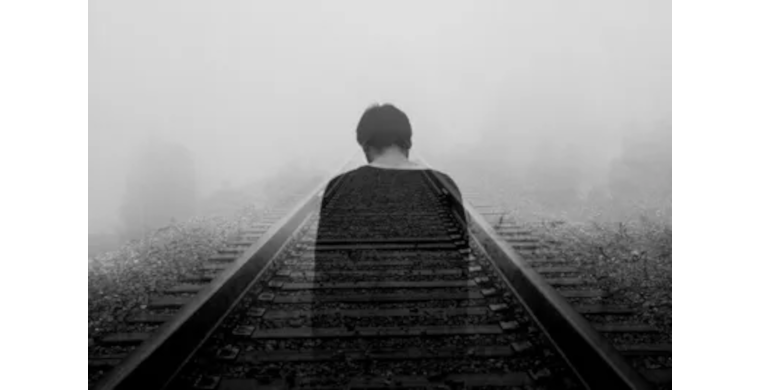 The survey had a fairly strict definition in order to qualify as an “Evangelical.” To be considered an Evangelical, people needed to “strongly agree” with the following statements:

The Bible is the highest authority for what I believe.

It is very important for me personally to encourage non-Christians to trust Jesus Christ as their Savior.
Jesus Christ’s death on the cross is the only sacrifice that could remove the penalty of my sin.
Only those who trust in Jesus Christ alone as their Savior receive God’s free gift of eternal salvation.
This defined standard to qualify as an “Evangelical” is very similar to the well-known and often-quoted “Bebbington Quadrilateral” named after the classic study Evangelicalism in Modern Britain (1989) by David Bebbington.

Bebbington’s four main qualities to be used in defining Evangelical convictions and attitudes are: Biblicism; Crucicentrism; Conversionism; and Activism.

“Biblicism” is defined as a high regard for Holy Scripture and the conviction that “all essential spiritual truth” is contained in the Bible.

“Crucicentrism” makes Christ’s atoning death on the cross central to the Christian faith.

“Conversionism” believes that it is essential and imperative that all human beings need to be “born again” or have a conscious conversion experience.

“Activism” is the conviction that the Gospel needs to be expressed in the lives of believers.

As a person who has been involved in preaching the Gospel and seeking to disciple fellow Christians for nearly 60 years as a Baptist minister, I am appalled at the beliefs or should we say “lack of beliefs,” among Evangelicals even as categorized by the fairly strict definition employed in this survey.

The good news is that Evangelicals do still have some “core” convictions. Nine out of ten believe God is perfect, the bodily resurrection of Jesus is real, and people are “made righteous” through faith alone in Jesus alone.

The late R.C. Sproul, the founder of one of the survey’s sponsors, Ligonier Ministries, often observed that “everyone’s a theologian.” He was right in that “theologian” means literally logos (words) about theos (God). Dr. Sproul would quickly add that “not everyone is a good theologian.”

This current survey certainly underscores the veracity of that statement. The survey discovered that one-fourth (26%) of Evangelicals disavowed a belief in the literal truth of the Bible.

Unfortunately, that theological error is just the beginning.

Shockingly, 56% of Evangelicals believe there are other ways to heaven besides belief in Jesus!

Even more shocking, 73% agreed that Jesus is the first and greatest being created by God. This is Arianism, 4th century Christian heresy condemned and rejected by Christians in the 4th Century A.D.

Astoundingly, 43% of people claiming to be Evangelicals agreed that “Jesus was a great teacher…but not God.”

Then, the icing on the heresy cake is the fact that 57% of Evangelicals no longer believe “human beings are sinful by nature,” despite Holy Scripture declaring the opposite to be true (“Surely I was sinful at birth, sinful from the time my mother conceived me,” Ps. 51:5).

Remember, these are people who, in order to be considered “Evangelical!” had to say they believed “strongly” in the inerrancy of scripture. How can this be explained? Obviously, growing numbers of Evangelicals have what are called compartmentalized attitude structures, holding contrasting or contradictory attitudes in the same brain.

All we can know with certainty about God the Father, God the Son, and God the Holy Spirit is taught to us by Holy Scripture. When we reject the Bible’s clear teachings and we do not accept and understand God’s revelation of Himself to us in the Bible, how can we really know the only God who is or ever will be?

It was small comfort to me that the survey did show high degrees of agreement on contentious social issues with 94% agreeing that “sex outside of traditional marriage is a sin” and 91% believing abortion to be a sin.

Jesus left His church the Great Commission, “Go, therefore, and make disciples of all nations, baptizing them in the name of the Father and of the Son and of the Holy Spirit, teaching them to observe everything I have commanded you. And remember, I am with you always, to the end of the age” (Matt. 28:18-20, CSB).

Please note that the Great Commission involves discipleship (“teaching them”) as well as evangelism.

Clearly, American Evangelism has failed to disciple adequately our fellow believers in the faith “once delivered to the saints.”

Too many American Evangelicals are befuddled, bedazzled, and bankrupt theologically. All true Evangelicals must be about our Heavenly Father’s business and be involved in some intense and comprehensive remedial education of our Evangelical brothers and sisters.

I have seldom been as upset by reading a study as when I read the Ligonier Ministries/LifeWay Research biannual survey seeking to “take the theological temperature” of the United States.

The study reveals an American society that is dangerously close to being completely disconnected from a biblical understanding of truth or basic reality. I am grieved, but not surprised, at the level of disbelief or misbelief among the American populace in general (53% agree that “The Bible, like all sacred writings, contains helpful accounts of ancient myths but is not literally true.”) Shockingly, however, 26% of Evangelicals agree with their fellow Americans on this issue.