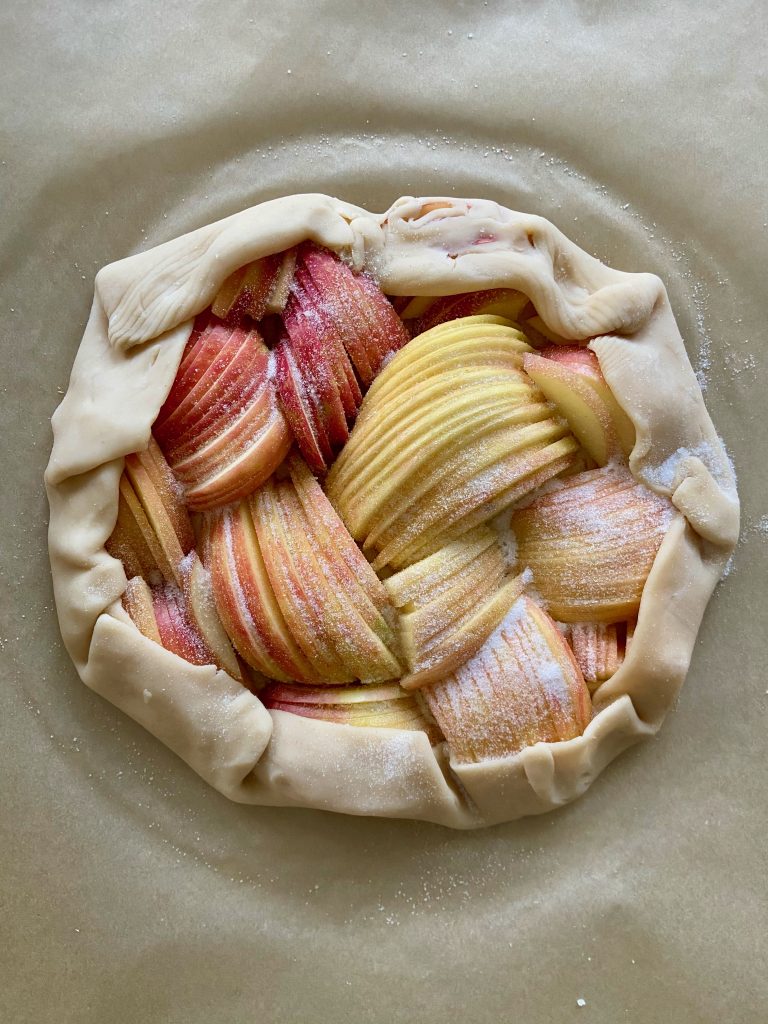 I can’t remember the last time I actively decided to make an apple pie. Nine times out of ten, I back into it, after noticing that a bunch of apples are going bad and I need to salvage them before they accelerate the rotting of everything else in the fruit bowl. That happened most recently this past weekend — I had a single Pillsbury pie dough in the freezer, and decided we probably only needed a smaller-scale galette since it was just going to be three of us. I also thought those of you whose holiday tables are seating fewer people this year, and how maybe you might want to hear about the apple bundling technique for the filling, an easy way to make it feel special. 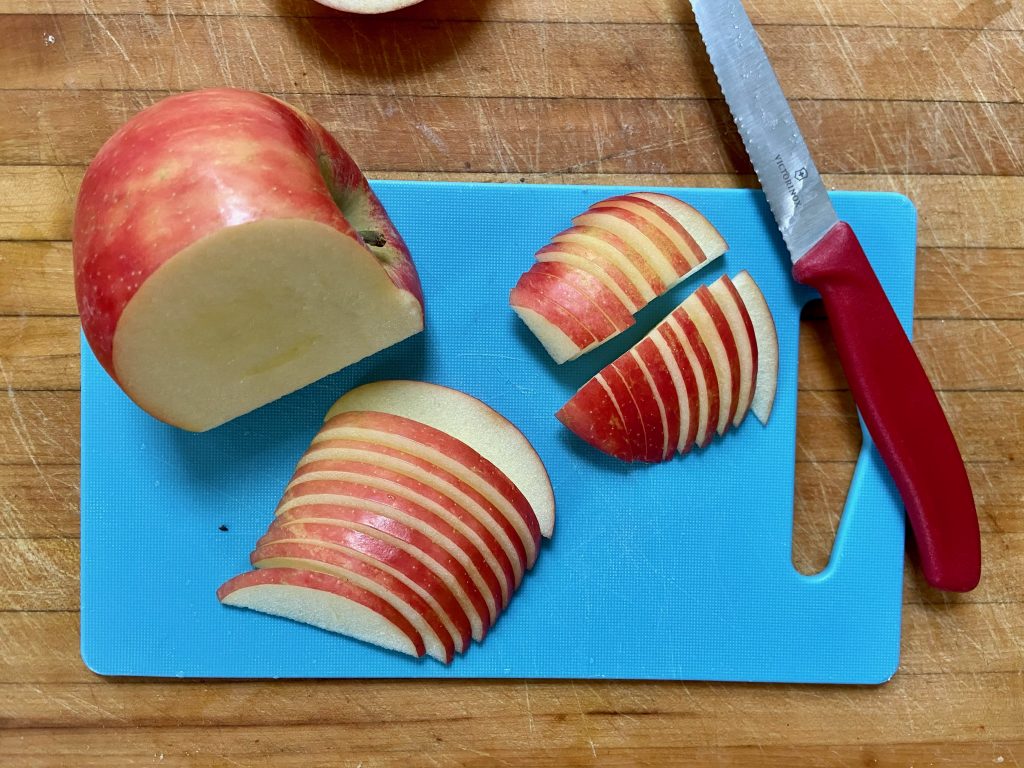 You just need a small sharp knife and a little patience. Cut off the cheek of an apple (this is a Fuji apple) then, place it cut-side down and cut into slices as thin as you can manage. (In theory, you could also use a mandoline for this task.) Keep the slices in bunches together, then start placing them, one by one in the center of the pie dough. To fill in gaps, you can slice the bunches in half (like I did on the right there). You just have to kind of play it by ear. 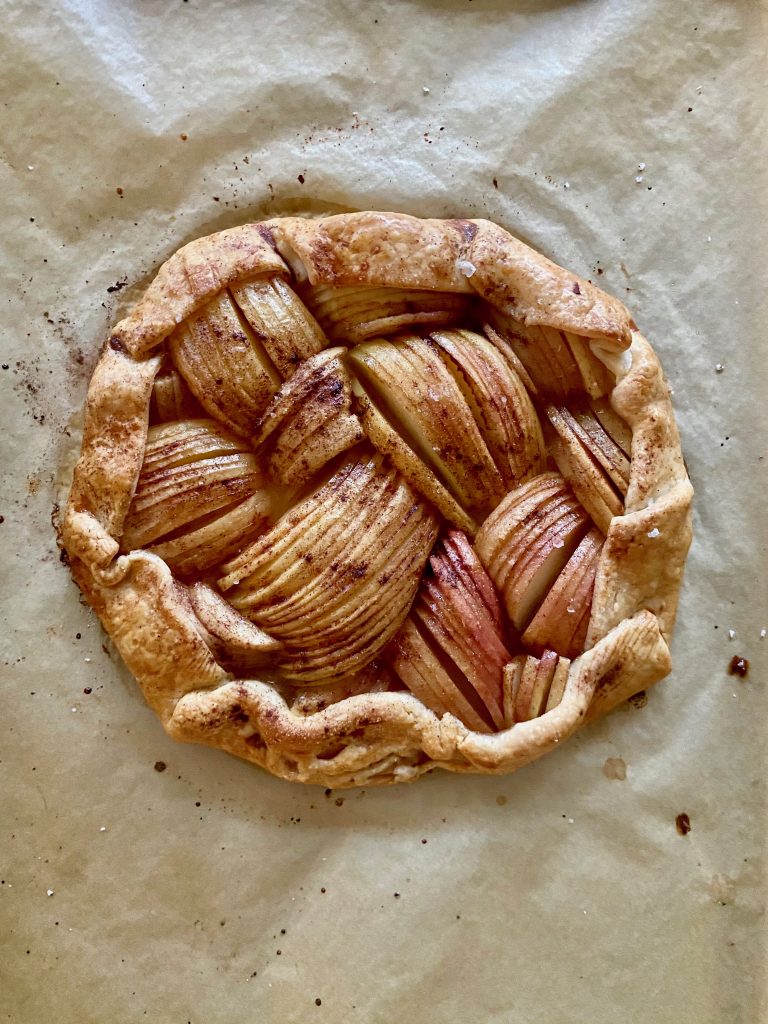 This was the final result, which we ended up eating with our hands right from a cutting board. If I were to do it properly, I’d top with some crème fraîche and use an actual utensil. 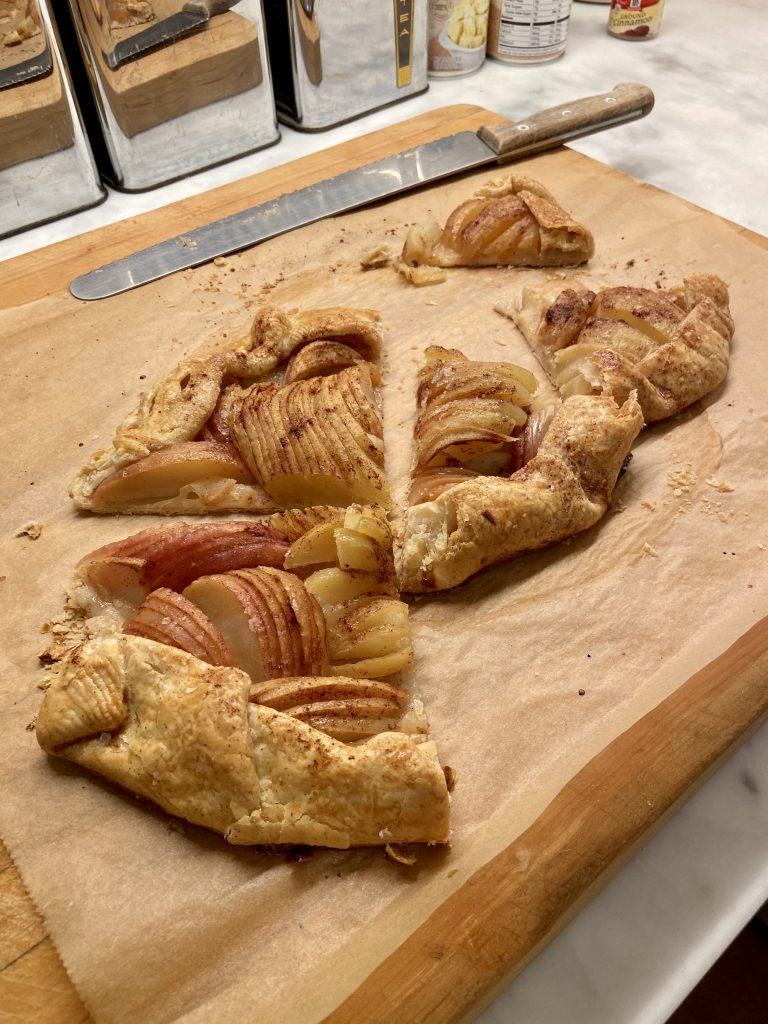 Line a sheet pan with parchment paper or foil. Place dough in the center.

Arrange apple “bunches” in the center of the dough, leaving about a 1-inch perimeter. It will feel like a free-form puzzle — you might have to try a few combinations to make everything fit.

Sprinkle sugar and cinnamon all over the top. In a small saucepan, melt butter, then using a pastry brush, paint the surface of the apples, letting some butter drip in between the slices.

Fold over the perimeter of the crust to cover about an inch of the filling. Brush the exposed dough with egg wash, then bake for 10 minutes. Turn heat down to 350°F without opening the oven, and bake another 15 minutes until filling looks bubbly and golden.