KYLE Rittenhouse is out of jail on $2 million bail today after saying he “would have died if he didn’t fatally shoot two Kenosha protesters,” reports say.

Rittenhouse, 17, from Illinois is accused of killing two people and wounding on August 25 when people were decrying the police shooting of Jacob Blake in Wisconsin. 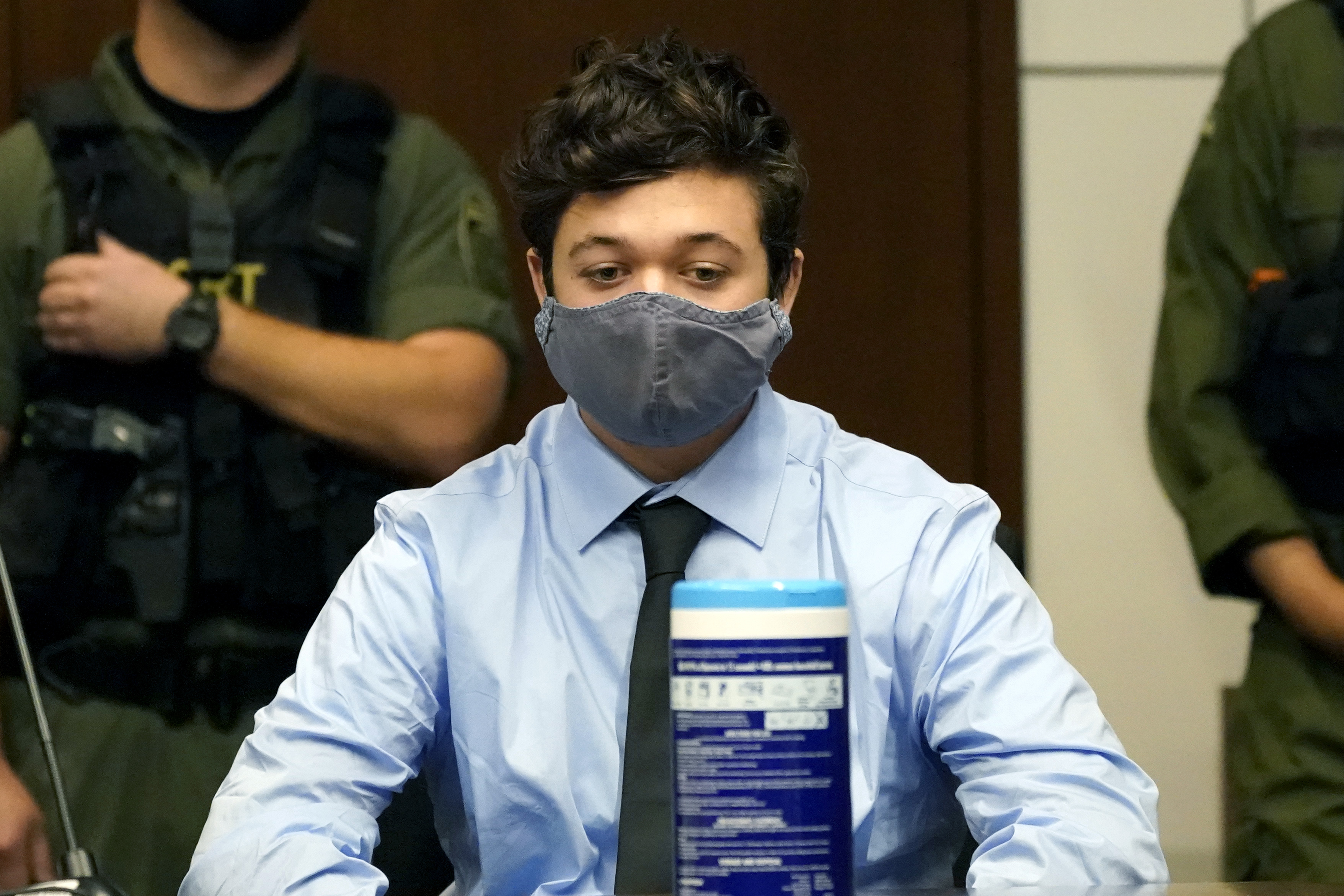 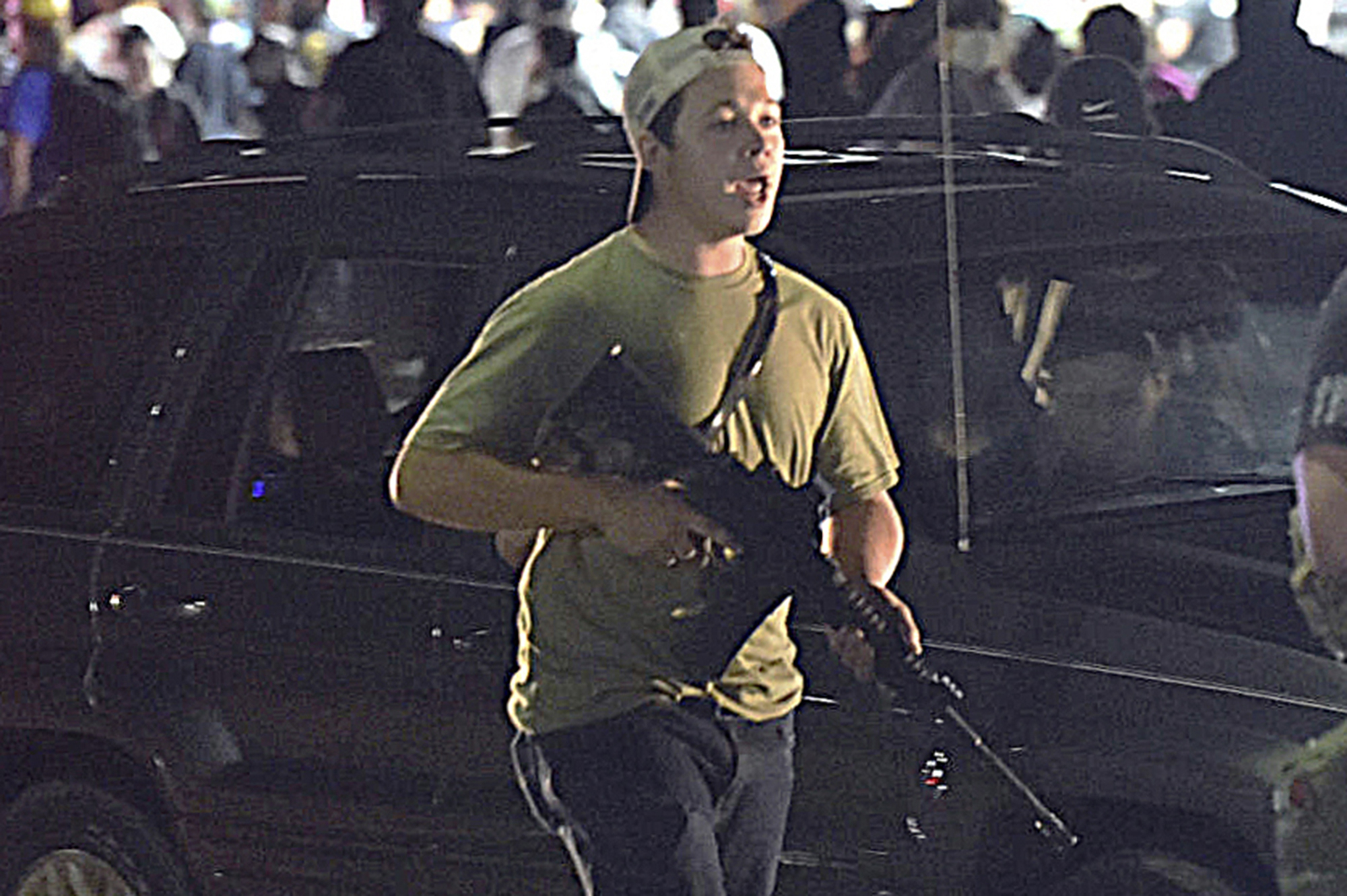 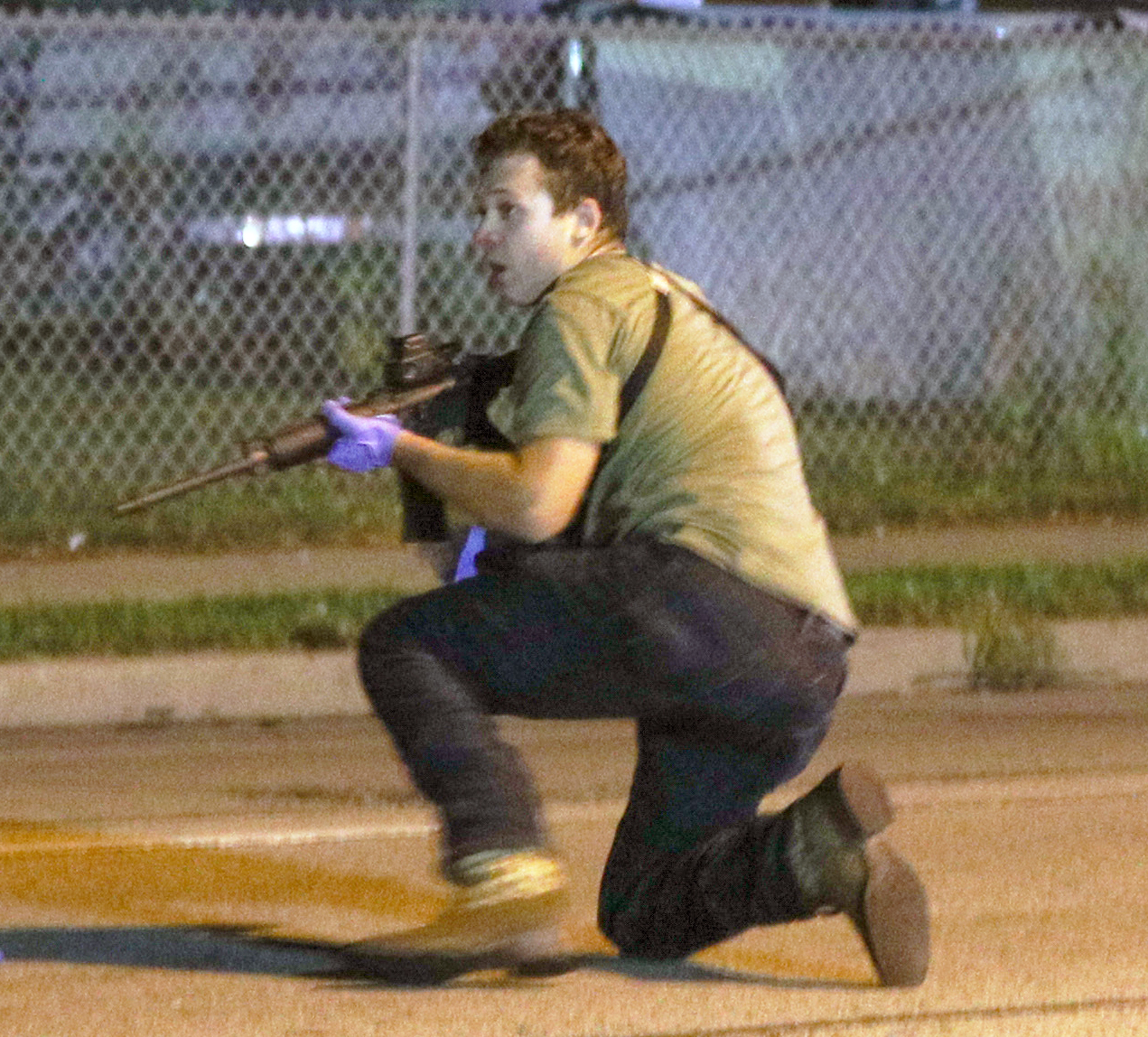 Rittenhouse made $2 million bail on Friday afternoon at around 2pm and walked out of the Kenosha County Jail, per WMAQ, after saying he didn’t regret carrying a gun on

“He is no longer in custody at the Kenosha County Jail,” a spokesperson for the sheriff’s office told the station.

Rittenhouse allegedly killed 36-year-old Joseph Rosenbaum, a homeless man with mental health problems, and Anthony Huber, 26, who hit him with a skateboard, the Washington Post reported.

He’s also been charged with wounding a third protester, Gaige Grosskreutz – but his lawyers posted bail today after appealing to donations from the political right, per the Chicago Tribune.

One of Rittenhouse’s lawyers, John M. Pierce, recently revealed that his bail money would be raised via a nonprofit of conservative causes led by Rittenhouse’s other attorney, L. Lin Wood. 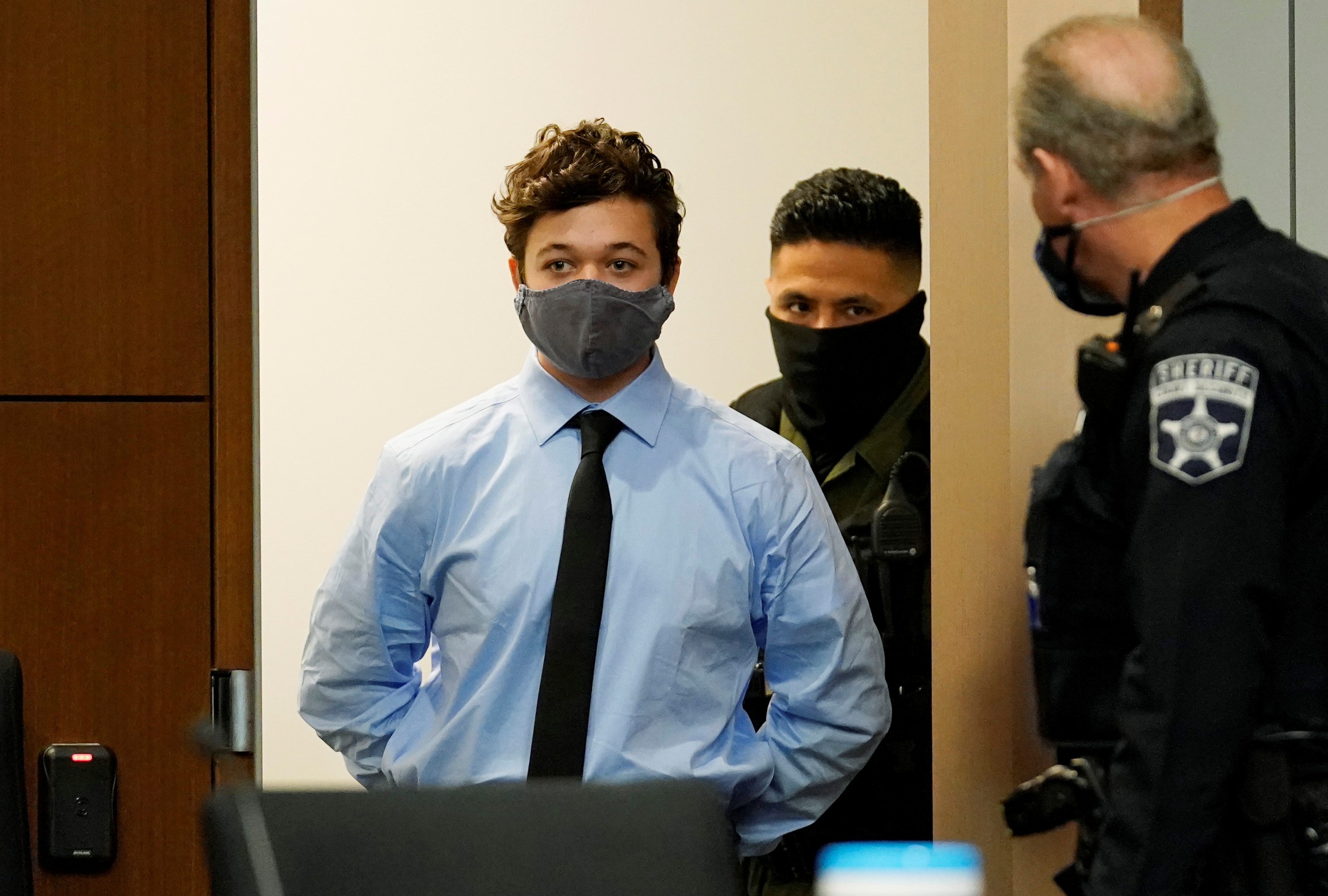 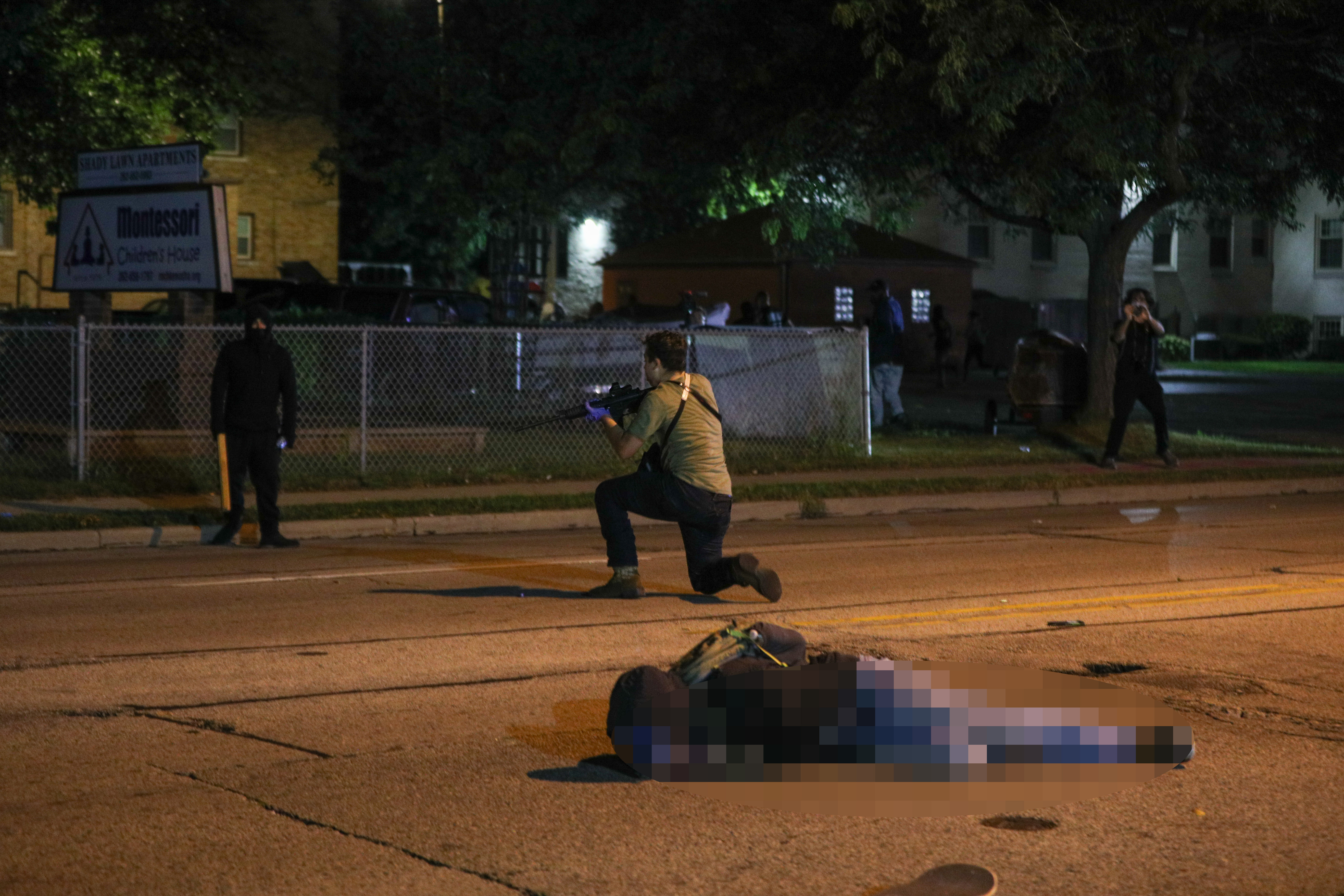 Rittenhouse said he used unemployment money to buy a gun 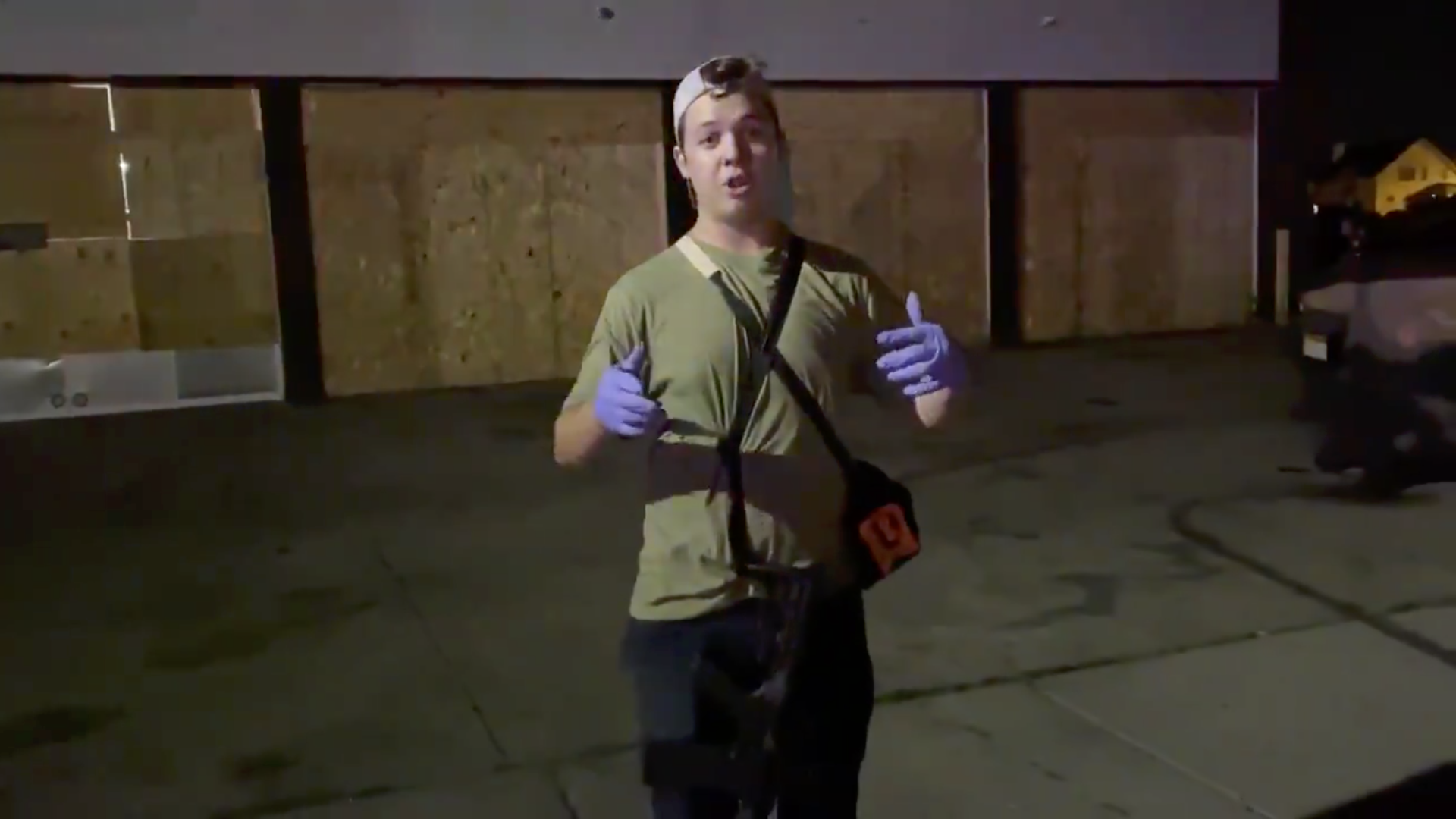 Family members and lawyers of his alleged victims had asked for a higher bail, expressing concern Rittenhouse would flee, which his attorneys said he would not.

In a jail house interview before his release, Rittenhouse told the Post: “No, I don’t regret [carrying a gun that night]. I feel I had to protect myself. I would have died that night if I didn’t.”

“I was going into a place where people had guns. And God forbid, somebody brought a gun to me and decided to shoot me, like I wanted to be protected, which I ended up having to protect myself. “

A judge rejected the 17-year-old’s request to remain in Illinois, where he was being held at a juvenile facility in Vernon Hills, but he was extradited to Kenosha, Wisconsin at the end of October.

Rittenhouse – who is facing six charges, including intentional homicide, which carries a life sentence – told cops he “shot two white kids” and  “ended a man’s life” when he turned himself in the next day. 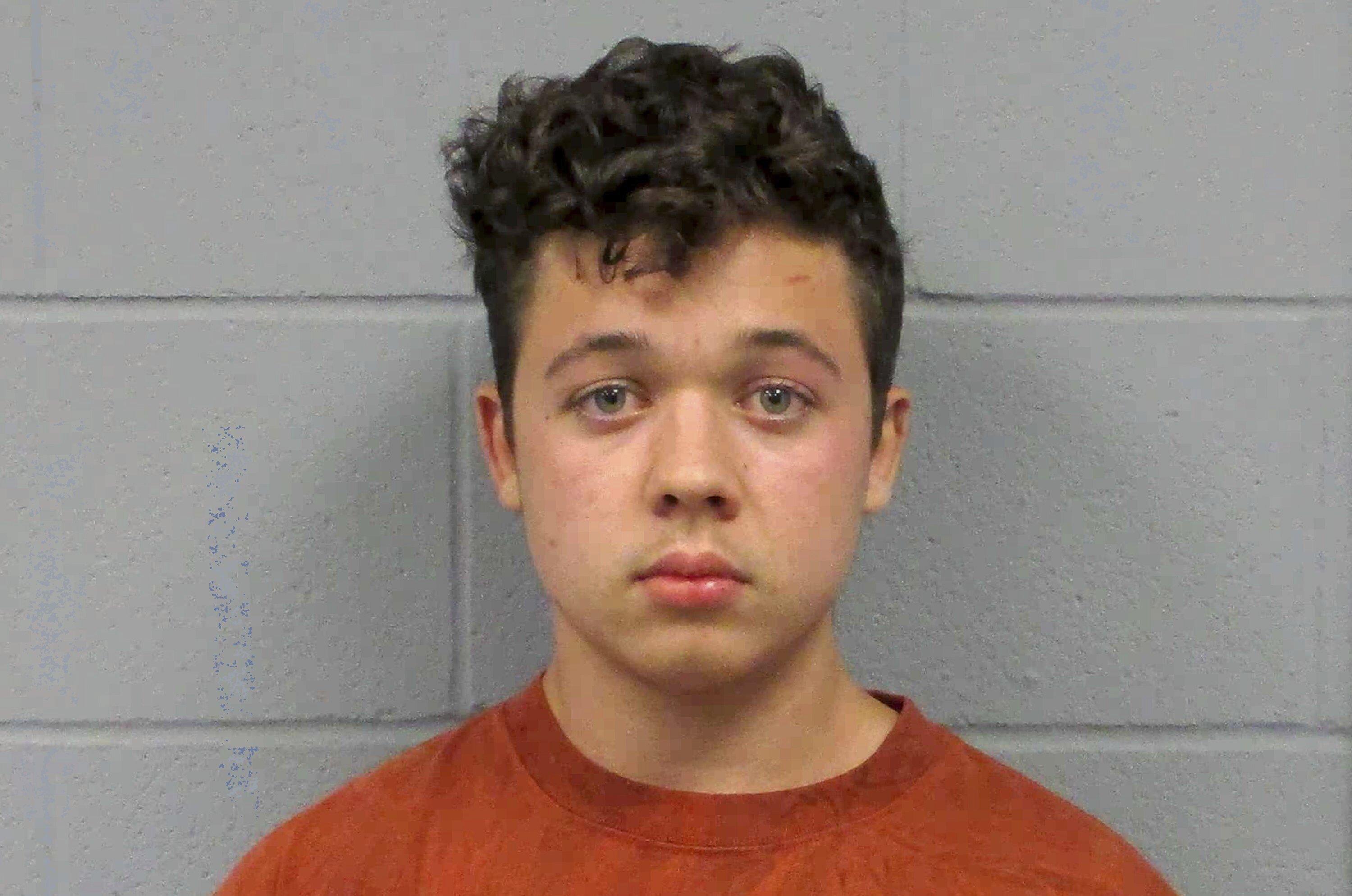 His attorneys raised the funds for his bail by appealing to the right, reports said 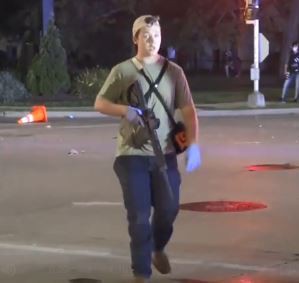 The suspected teen shooter told the Post that he bought an AR-15 with stimulus check money and kept it at the home of his friend’s stepdad.

“I got my $1,200 from the coronavirus Illinois unemployment ’cause I was on furlough from YMCA,” he explained. “I got my first unemployment check so I was like ‘oh, I’ll use this to buy it.”

As a minor, under Wisconsin law, Rittenhouse could only shoot it for target practice under adult supervision but he couldn’t own or carry the weapon.

Black told cops that Rittenhouse kept the gun at his dad’s house and they would only take it out to go hunting “up north.” 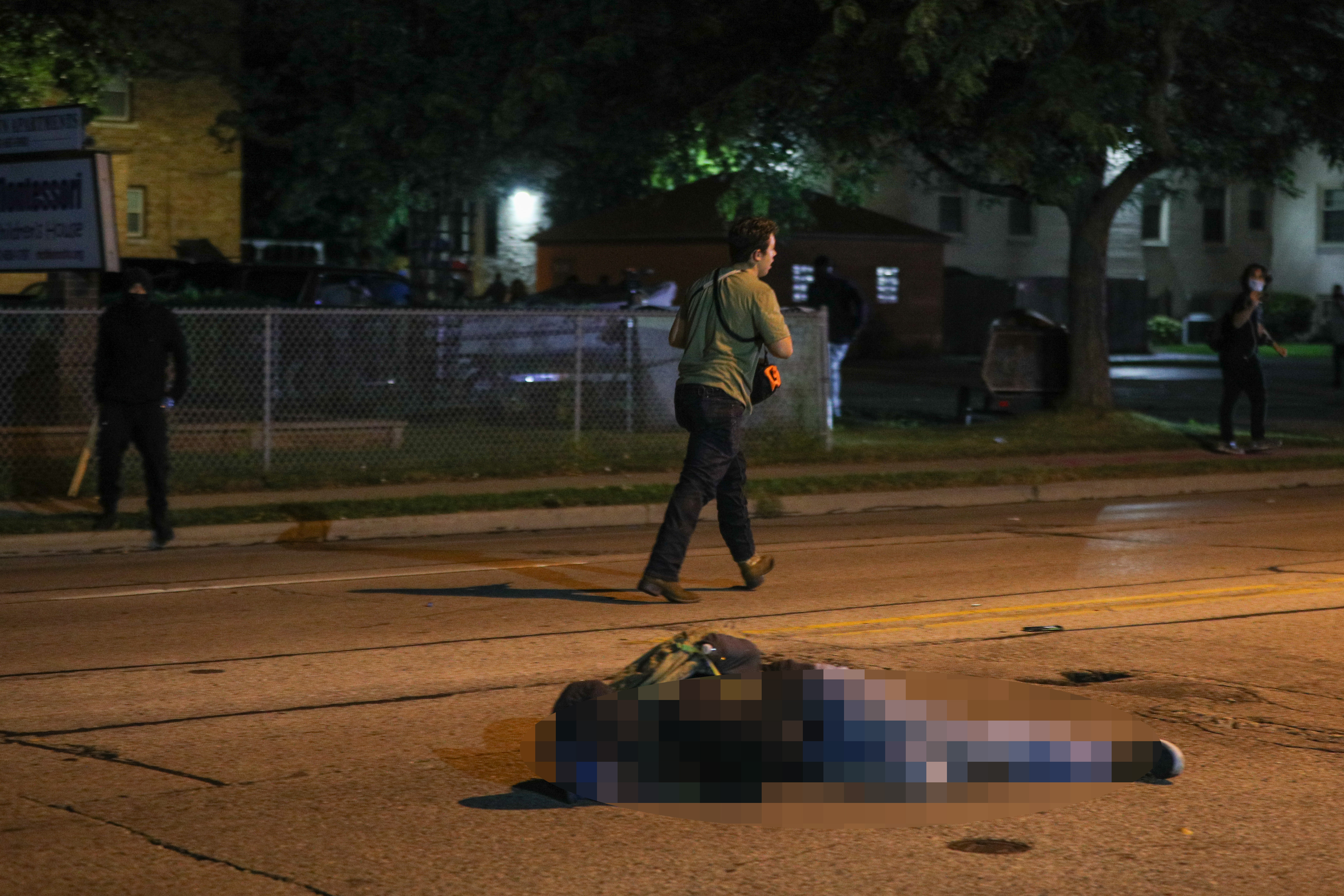 Rittenhouse was allowed to own a gun at 17 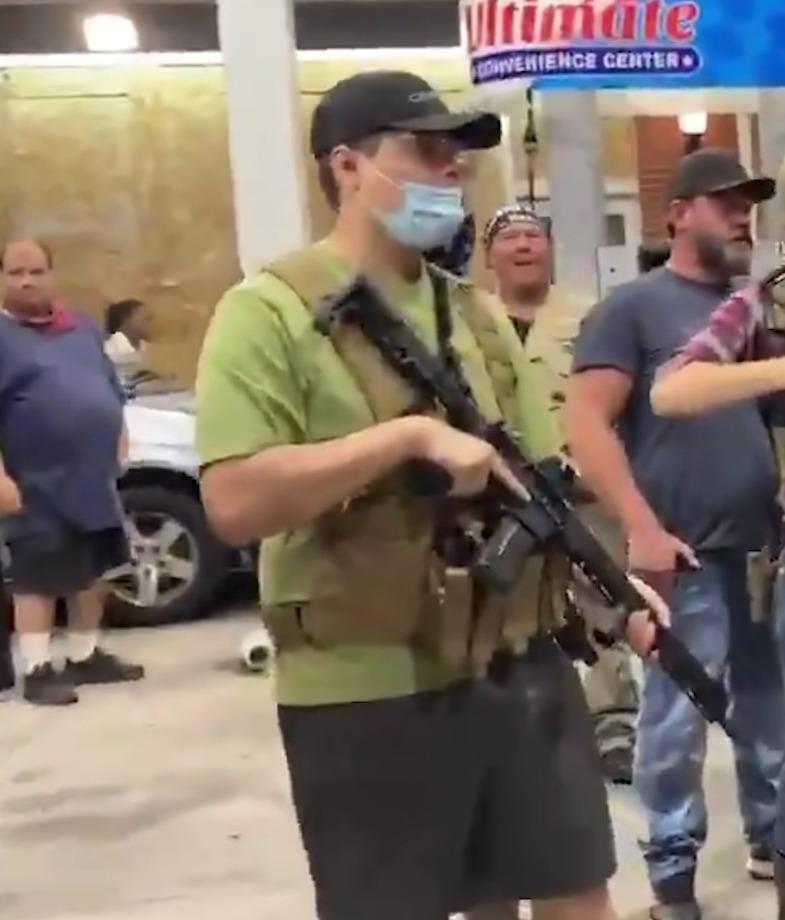 Black said that his friend’s mom, Wendy Rittenhouse, was supposed to get a Firearm Owners Identification (FOID) card and the rifle would be transferred to her, according to his police statements.

Last month, Illinois prosecutors said Rittenhouse never possessed the gun used in the shooting  in-state, which was purchased, stored and used in Wisconsin.

Rittenhouse said he and Black planned to transfer ownership of the gun to him next year when he came of age.

I wanted to be protected, which I ended up having to protect myself

On the night of the double shooting, e said that he and Black had planned to help a friend, Nick Smith, who had told them that a local car dealership, Car Source, needed help protecting their business from rioters.

Rittenhouse and Black told cops they thought they would be paid for doing this – but the dealership’s owner Sam Olejcik said he didn’t hire them, per the New York Times.

On the day of the shooting, the teenager said he, a friend and his sister went to help local businesses and a school to clean up after protests raged the night before.

Speaking from a juvenile detention center before his release, Rittenhouse said he thought he would just be watching over the businesses and providing first aid to people after his mom insisted his sister went home.

His mom Wendy said that “if someone was hurt, Kyle would be right there helping you” after slamming Joe Biden for using her son in an ad warning people about white supremacy. 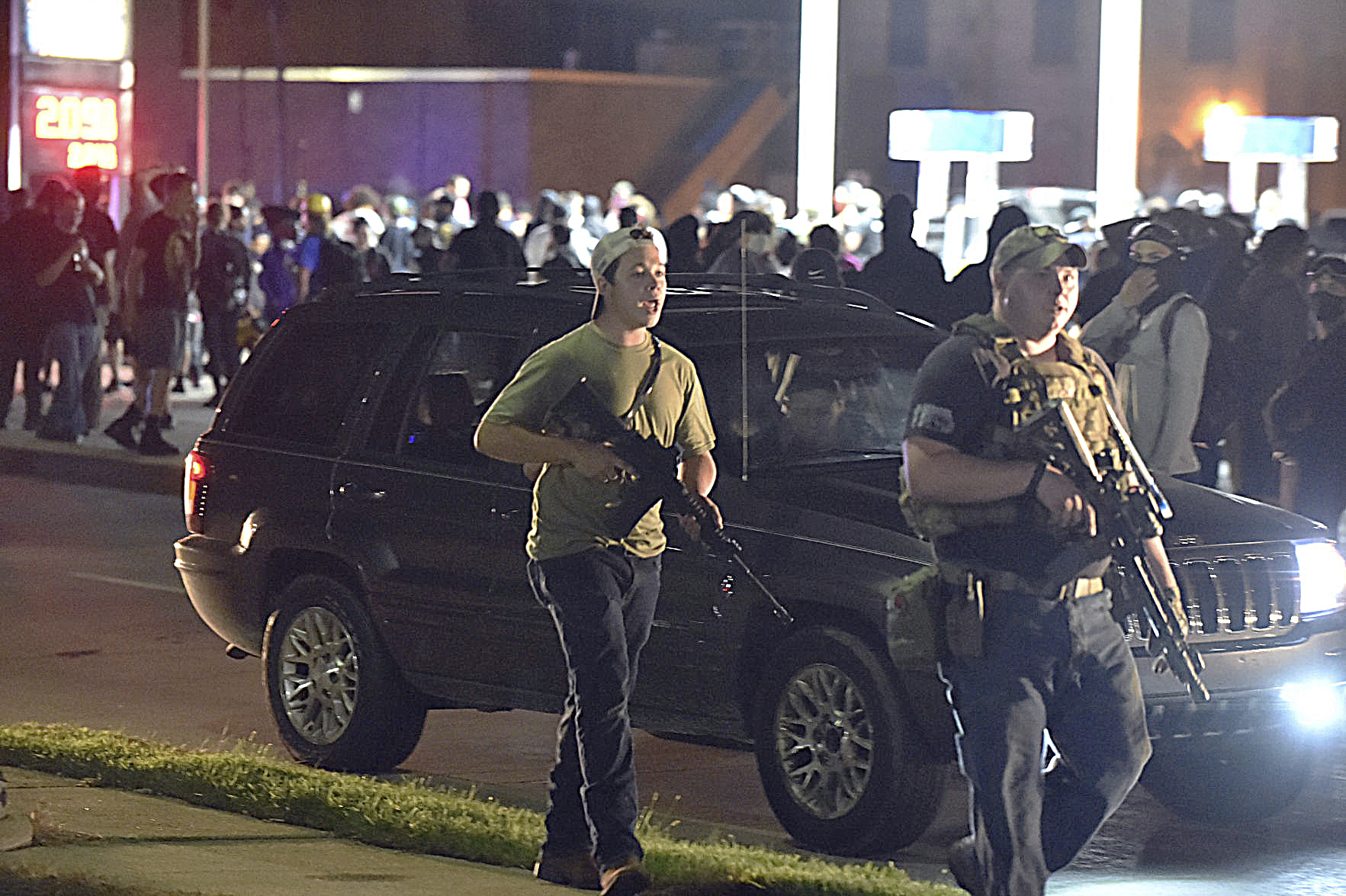 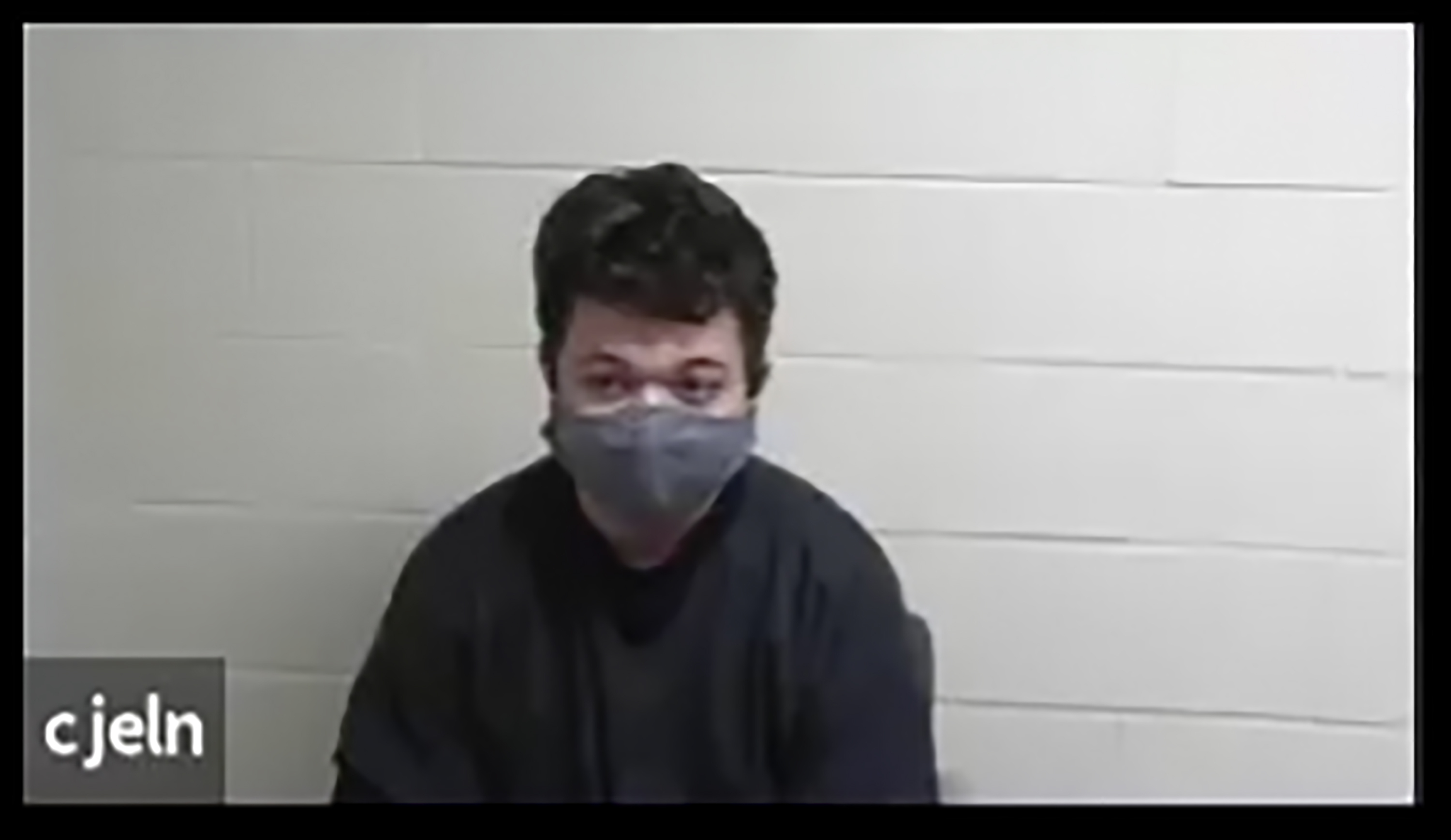