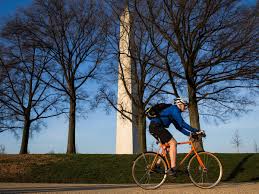 Bicycling has grown into a popular way of transportation over the past decade. Summer weather means more cyclists will be on the road making their daily commutes with a side of fresh air and exercise. You may even be one of these intrepid commuters, and with all the benefits biking offers, it’s easy to see why.

Commuting by bike helps you keep healthy even if you work behind a desk every day, and it can also save you money on gas. In some cities, riding your bike might even be a bit faster than fighting rush hour traffic or using public transit. On top of these personal benefits, biking is also better for the environment than driving a car.

But which cities have the most people taking advantage of these benefits? We found out.

While researching which cities have the highest percentage of bike commuters, we also checked for bike-friendly policies and conditions. For every city on our list, we’ve included data about the following factors that can affect a cyclist’s commute:

US cities with the most bike commuters per capita

Portland boasts the highest percentage of bike commuters of any US city, in part because Oregon lawmakers and city planners do what they can to accommodate riders: the city has nearly 240 total miles of bike lanes and comprehensive bike safety laws. Add Portland’s brisk climate into the equation, and you’ve got one of the best cities in the nation for avid cyclists who aren’t afraid of a little rain.

Washington, DC is the second-most congested city in the US6, so biking instead of driving can actually save time on your daily commute. DC might not have the most bike lanes on our list, but the city’s public transit system makes up for this shortcoming7. Cyclists can combine their bike routes with a metro ride to commute further than they could by just riding their bikes.

Minneapolis is home to 22 lakes and a sizeable stretch of the Mississippi River8, so cyclists can map their daily commutes to include scenic waterside views. The city’s elevation range is also one of the lowest on our list—if you commute by bike in Minneapolis, you may be less likely to show up to work sweaty and out of breath.9

San Francisco’s cost of living is infamously high, so many people who work in the city have to commute from other parts of the Bay Area. Commuting this distance by bike might seem like an unrealistic option, but the area’s public transit system, like DC’s, allows cyclists to commute from further away by hybridizing their bike rides with travel by train and bus.

Another riverside city, New Orleans offers scenic rides for cyclists commuting along the Mississippi River or through the historic French Quarter. New Orleans can get extremely hot and humid in the summer, but the city’s level terrain (almost!) guarantees you won’t be sweating too hard when you get to the office.

Seattle has over 150 rainy days every year,10 so you might think it’s not a good city for cyclists. However, with the sixth-highest percentage of bicycle commuters in the country, Seattle is home to a thriving community of committed cyclists who don raincoats and ponchos to brave the elements on their way to school and work.

Philadelphia gets so congested during rush hour that it’s often faster to bike to work than it is to drive through the city. And since Philadelphia’s cost of living is much lower than San Francisco’s, those who work downtown may be able to afford apartments and homes near enough to make biking feasible without additional public transit. Philly also has its own biking advocacy group called the Bicycle Coalition of Greater Philadelphia.

With only seven total miles of reported bike lanes, Tucson might not seem like a safe option for bike commuters.

The city solves this problem with “The Loop,” a paved trail that stretches over a hundred miles, which cyclists and pedestrians can use to get around Tucson without worrying about cars.11

In addition to its high percentage of bicycle commuters, Oakland is also home to the Scraper Bike Team, a community that teaches young people how to fix and build bicycles from old parts to encourage self-expression and ingenuity. The Scraper Bike Team also customizes and decorates bikes, which it sells from its youth-operated bike shop, The Shed.

With over 340 miles of bike lanes, Denver is one of the most bike-accessible cities on our list even though it sits in tenth place in terms of actual bike commuters per capita. These numbers may increase, though, thanks to a Denver nonprofit called Bikes Together, which offers bicycle access and education to grow Denver’s cycling community.

We based our rankings solely on the percentage of bike commuters in the largest US cities according to data from the US Census Bureau’s 2017 American Community Survey. We didn’t factor the other data points mentioned throughout into our rankings, though this information is important to each city’s bike-friendly culture. 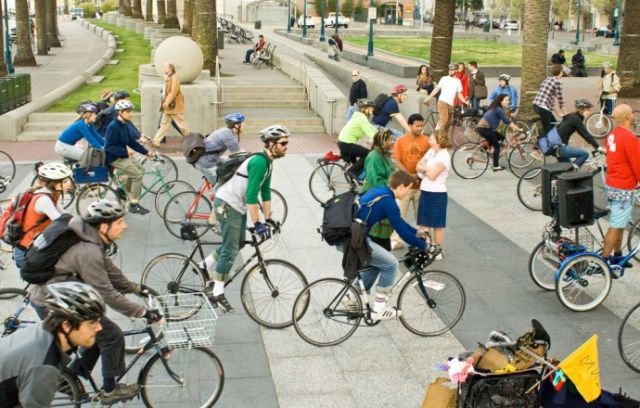 Top Global
Warehouse full of aid supplies for Hurricane Maria survivors just discovered in Puerto Rico
Volcano erupts on southwestern Japan island
New Mexico Becomes the Latest 2nd Amendment Confiscation State! Great Dave Hodges Video!
We Will Drive The Whole World Into So Much Chaos, They Will Beg Us For Relief, Enter The New World Order
Mystery Chinese Virus Has Likely Infected Over 1,700 As It Sweeps Across China And Japan
The World Economic System Must Change From Quantity To Quality
Special Urgent Message To Donald Trump & Kim Jong Un, Team Capitalist & Team Communist
The Global Currency Reset Event Is Happening In 2020
Extremely Important Info From Senator Amanda Chase (R-VA) and VCDL Regarding 1/20/20 Virginia Rally
Megxit: Harry and Meghan Give Up Royal Titles
Loading...
Top Alternative
The scandal hiding in plain sight is our intelligence establishment’s misuse of its authority to muck around in the 2016 election.
Scenes From Virginia’s Capitol: Militarized Police Arrive In Richmond
Scientists Share Facts About Vaccines At World Health Organization Conference For Vaccine Safety
Red Alert! Virginia Will Be Used To Frame President Trump! - Great Video
X22Report: We Have a Witness, Durham Following Strong Paper Trail, but the Best Is Yet to Come! (Video)
Virginia : FAA Declares "National Defense Airspace" Over Richmond, Live Streams on DLive! - Great Video
Terrifying Video! If I Were the Devil - Future Proves Past Again! Do Not Miss This Short but Powerful Video!
Photos of a UFO Buzzing a Commercial Jet Over the United Kingdom
Salmon Patties (aka Salmon Cakes or Croquettes)
Lucifer Decoded - Revised Documentary Series- Mystery Babylon Exposed