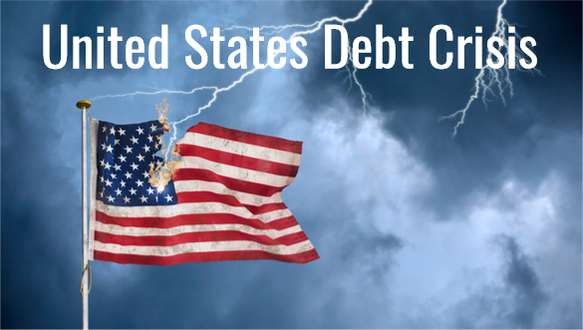 The rate at which black swans are showing up in the world should scare the hell out of people.  But, unfortunately, everyone seems to be lost in the highly complex technology of I-phones, computers, social media, and the telly to notice that something is definitely wrong.  The current situation reminds me of a famous scene in the Monty Python movie, The Holy Grail, where a guy is banging a bell and saying, “Bring out your dead.”  Let me explain.

The scene in the movie takes place in England or Europe during the Black Plague, and due to the staggering amount of deaths, carts were used to pick up the bodies throughout the city.  Yes, this is indeed a macabre subject matter, but Monty Python takes a serious situation and turns it into a comedy.  However, the point I am trying to make is this… death is a very tragic and emotional part of life that impacts family members, friends, and coworkers.  But, in this Monty Python scene, there is so much death, that it almost becomes numb to everyone.

And, that is precisely what I see now in the public. There are so many warning signs, or black swans, that no one seems to notice.  Everyone has become… QUITE NUMB to it all.  So, when the U.S. Government adds $814 billion of new debt in a little more than two months, the public yawns as this is no big deal:

Since the beginning of August, the total U.S. federal debt has increased from $22,023 billion to $22,837 billion.  Thus, the U.S. public debt has increased by nearly 4% in just two weeks!  Here is the debt table from TreasuryDirect.gov website since August 1st:

For the first half of the year, the U.S. debt balance remained right around the $22 trillion level.  However, after the Whitehouse and Congress struck a deal on July 22nd, the debt ceiling was raised, and as we can see in the table above, the U.S. debt jumped $291 billion in one day (August 2nd).  The U.S. government was making up for borrowed funds since the beginning of the year.

If we look at the next chart that shows an increase in U.S. debt over the past two weeks, it jumped another $227 billion:

Federal Reserve Chairman Jerome Powell and other mainstream economists have said the government’s fiscal course is not sustainable.

That quote was from the article linked above.  The relevant sentence in that quote states that top economists and the Fed Chairman do not believe the government’s fiscal course is sustainable. This seems to be the overall theme of my article.  Nothing seems to be sustainable,  but we keep moving forward as if we are heading into a new futuristic Jeston’s world:

As I mentioned in my previous article, More Than 50% Of The Mighty Permian’s 2018 Oil Production Has Vaporized, the sustainability of the U.S. Shale Industry is in serious jeopardy.  While some of the notable “Shale” energy analysts don’t see anything to worry about here, but if we look at what I call the “Annual Compounded Decline Curve” in the Permian, this should also scare the hell out of people:

Some shale oil experts say that there is no BIG DEAL taking place in the Permian in 2018, because every year the wells decline 50+%. However, what seems to be overlooked is the massively STEEP Annual Compounded Decline Rate that is now reaching 70-75%. I don’t know about you, but if you come across a hill that declines 75%, that should be relabeled as a “CLIFF,” not as a “HILL.”

The annual decline rates in the Permian during 2013-2016 (Red, Light Green, Green & Tan colors) resemble a hill, but those in 2017 and especially in 2018 (Orange & Blue colors), now look more like a cliff.  So, yes… the overall situation in the United States’ largest shale field is heading towards a collapse in production.  Unfortunately, the Permian isn’t alone.  The other shale fields, the Bakken and Eagle Ford, also are suffering very high annual compounded decline rates.

While the U.S. Shale Boom can go on a bit longer, the Bust will always follow.  As I mentioned in previous articles, the rate at which the U.S. oil production has increased in the past decade morphs what took 40 years in the past:

Even though I am repeating myself here, it’s important to highlight for older and new readers.  It took the U.S. oil industry to increase production from 2.5 million barrels per day (mbd) in 1930, forty years to reach 10 mbd in 1970.  However, the Shale Industry did it in a decade by increasing oil production from 5 mbd in 2008 to nearly 12.5 mbd in 2019.

What goes up in ONE WAY, will likely come BACK DOWN in the same fashion.  And it all is based on the oil price.  If we do head into a severe recession within the next 1-2 years, oil prices will likely fall back to $40 and below.  This would be the death knell to the shale industry as $137 billion of debt becomes due between 2021-2023.

So, why do I continue to focus on the Oil Market??  Without oil, the entire economy grinds to a halt.  And, for those who believe we can transition some oil usage to coal or natural gas, how do you think we extract and transport the coal? Massive trucks, barges, and large trains that are powered by diesel transport most of the coal.  Furthermore, without liquid petroleum, the 40,000 natural gas shale wells that were drilled, completed, and produced in the United States since 2009 would not have been possible.  Do you remember this photo of the typical shale completion pad setup?

It takes a staggering amount of trucks to drill, complete, and service just one shale gas well.  So, the silly notion that we can transition to natural gas, coal, or worse yet… Solar and Wind, is simply not possible in the time-frame we need.

I can list dozens of troubling headlines, but why bother any more? While the U.S. and global economy won’t unravel overnight, to believe we are going to get another GET OUT OF JAIL FREE CARD during the next financial crisis, just like the one we were dealt in 2009 by the Federal Reserve, I hate to say… it isn’t coming.  The U.S. shale oil boom that brought on 7.5 million barrels of additional oil onto the U.S. and global market CANNOT be repeated.

So, don’t count on the Business Cycle to turn back up and continue after the next BIG MELTDOWN.  The world will be heading into a new paradigm.  One of protecting wealth, rather than building it.