Two days ago, we compared the mean income evolution of the white and black population and demonstrated that the difference did not change much since the 1980s. Finer details might be more graphic and Figure 1 shows that the mean income of white males is now 1.72 times larger than the man income of black females. In 2019, the black males earned 1.21 times more than black females.  The relative values are important and demonstrate some convergence between various population groups but they are partially misleading since the absolute difference in mean income might be more painful. Moreover, the absolute difference may reveal important details which are ironed out in the relative representation.

Figure 3 shows that the difference between the white and black population mean income was stable between the late 1980s and the mid-2010s. During the Trump period, the mean income of white females surged, and the overall difference increased from $11,312 in 2016 to $13,244 in 2018. 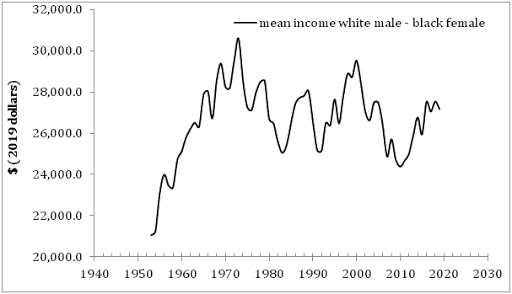 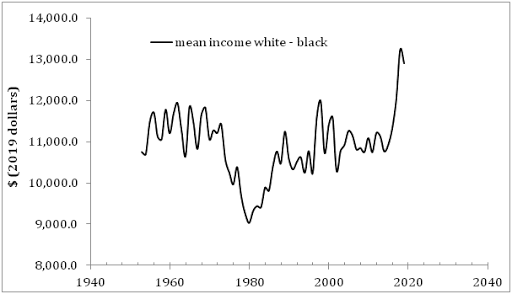 Figure 3. The difference between the white and black  population mean income