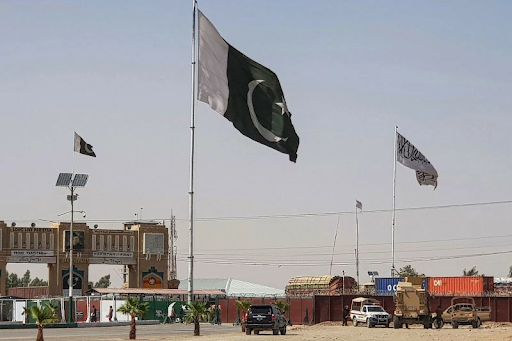 A spoiler is not a victor, a terrorist is not a ruler.

Who, besides indoctrinated fools in Islamic seminaries and Jihadist head choppers, looks at Afghanistan today and sees glory?

Where are the flowers greeting the liberators?

Where are the smiles?

Where is the unity?

What happened in Afghanistan is not a cause for celebration because it was not a liberation from foreign occupation.

Pakistan did not win in Afghanistan, and the Taliban are not leaders of a state by any definition. They are spoilers and terrorists, nothing more.

Public opinion in Afghanistan has reacted strongly against the forced imposition of sharia law by these criminal rogues.

Both Pakistan and the Taliban should be condemned and ostracized, not pampered and courted as if they’re king and queen of the castle.

When, in its short and miserable existence, has Pakistan ever conquered or liberated anything? It has lost every war with India. It looks to the history of Islam for inspiration because it has no history to speak of. It is a terrorist state pretending to be a regional power. The Pakistani doctrine of war entails terrorizing civilians and slaughtering populations.

Its generals have a grandiose conception of Pakistan’s role in history that has no connection to reality. They were a bus stop in the anti-Soviet Jihad, yet they have the audacity to take credit for the Afghan victory.

Why the Afghan government and army rolled over without a fight in the aftermath of the U.S. withdrawal is a question that historians can write volumes to try to answer. What is clear is that the U.S.-backed regime was not built to last.

The Taliban’s best propaganda pitch is that they stood opposed to the corrupt and worthless government in Kabul. Everything else about them is unpopular and unwanted in Afghan society.

If they were true liberators they would’ve put their guns down and gone back to their seminaries, not confiscate the guns of the Afghan people.

Their deluded masters in Pakistan believe Afghanistan has been won and they are firmly in charge. But unless they are willing to commit genocide they will not hold onto Afghanistan.

And Pakistani history shows that they will at least try.