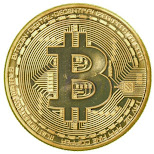 The large gains in the price of bitcoin over the last year have once again increased attention for this so-called “crypto currency”. Meanwhile, however, regulators are preparing a response.
While the ECB has published an opinion paper advising the EU Commission to enable it to require crypto currencies to obtain a license, India would now even be considering to criminalize possession, issuance, mining, trading and transferring of crypto-assets, something which was later contradicted by the Finance Minister, who stated that India would still “allow certain windows for people to do experiments on the blockchain, bitcoins or cryptocurrency.”

Belgian Bitcoin enthusiast Tuur Demeester belongs to bitcoin’s early adopters and is considered an eminent expert in the field. Before he was into bitcoin, he translated the magnum opus of one of the leading representatives of the Austrian school of economics, Spanish Professor Jesús Huerta de Soto. This book, called “Money, Bank Credit, and Economic Cycles”, is a fundamental critique of the contemporary banking system, which allows people to assume they are always and at any point able to collect 100% of their bank deposits, while in reality they can only dispose of a small fraction, if everyone would decide to exercise the right they assume to have at the same time.

Like other libertarians, he gained an interest in bitcoin. In a 2012 interview with well-known bitcoin prophet Max Keiser, he explained that “when there is a link [between money] and the real world, the authorities can go there, confiscate, regulate, intimidate. This is what happened with E-gold”

E-gold: crucial to understand the whole point of Bitcoin

“E-gold” was a digital payment system, created in 1996, in the early days of the internet, by an American oncologist, Douglas Jackson, and an attorney, Barry Downey.

The idea was simple: develop a system which enables people to pay each other with gold, instead of with U.S. Dollars, whereby the transfer of the physical gold between clients of the website is facilitated through the use of internet technology, obviously with all kinds of safety precautions. The Gold that was owned by E-gold clients was stored by banks in Europe and Dubai. Without the internet, such a system could have never been as performant. In the 1990s, with the arrival of the internet, it really was an idea whose time had come. Technology made it possible for people to easily pay each other in gold, and avoid state money.

The E-gold system of facilitating payment in gold turned into a great success. E-gold, which was founded two years before PayPal, was described by the Financial Times in 1999 as “the only electronic currency that has achieved critical mass on the web”. By 2004, it counted two million users and by 2006, 3 billion of transactions had been happening through E-gold.

There were of course hacking attempts, while also criminals have used the system, but according to founder Douglas Jackson, a lot of criminals were also caught as a result of their use of the system.

How the government ended the party

The “Patriot Act”, American legislation passed in the wake of the attacks on September 11th, 2001, which violated civil liberties, according to its opponents, introduced new restrictions on transmitting money. The U.S. Treasury and Justice Departments came up with a stricter interpretation on what was legally allowed in 2006, on the basis of which E-Gold was been charged with several federal charges, including money laundering, conspiracy, and operating an unlicensed money transmitting business. This eventually led to the company’s demise.

Despite founder Douglas Jackson denying that the tough treatment by U.S. authorities was inspired by fears E-Gold or similar initiatives could eventually emerge as a viable alternative to the U.S. Dollar, this was effectively something many in the so-called “crypto start-up community” believed.

“The end of E-gold renewed interest in crypto currencies”

In an interview last year, Jackson pointed at an article on the history of crypto currencies, which recalled that the first crypto currency, called “E-Cash”, had been developed in 1991 and that no big developments had really taken place between the development of “S/Key Unix login” in 1994 and bitcoin in 2009. This, according to Jackson is because “E-gold exposed the disutility of crypto-based monetary schemes and as long as E-gold was active, none of them could get a foothold.”

The official launch of bitcoin in January 2009 noted that it was a “decentralised”digital currency, “without the need for a trusted third party”, according to the bitcoin white paper, a technical manifesto published by Satoshi Nakamoto, the pseudonym of the inventor of bitcoin.

Looking back on this in 2012, Jon Matonis, who then served as the Chair of the Bitcoin Foundation, wrote:


“The timing of Bitcoin’s appearance, and subsequent growth, is no accident either…An alternative money provider that was centralized would probably not survive long in any jurisdiction. The emergence of Bitcoin was baked into the cake already. We can see from the case against digital money provider e-gold that an efficient challenger to the provision of a stable monetary unit will not be permitted… really.”

E-gold founder Douglas Jackson refers to this quote to back up his case that E-Gold delivered for a while what bitcoin ultimately was created for.

Read the rest of the article.