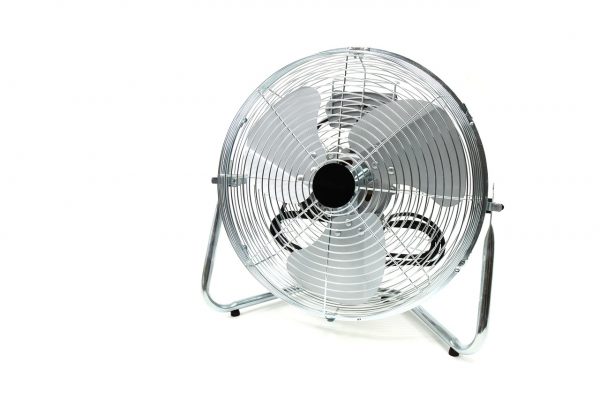 If you are not alarmed by what is happening to our largest cities, you should check to see if you still have a pulse.  Once upon a time, the beautiful new cities that our forefathers constructed were the envy of the entire planet, but now many of them have degenerated into crime-infested hellholes that are absolutely teeming with violent predators.  Shoplifting has essentially become a national pastime, open air drug markets operate freely right under the noses of indifferent authorities, and addicts pull down their pants and take a dump whenever and wherever they feel like doing so.  Thanks to record levels of illegal immigration, gang membership is absolutely exploding, and human trafficking has reached truly frightening levels.  Of course our steadily thinning police forces are overwhelmed at this point.  In fact, police in Seattle are stretched so thin that they often are not able “to take reports from rape victims”.  And if you are the victim of a non-violent crime in Seattle, good luck ever getting a police officer to pay attention to your case.  From coast to coast, communities are descending into a state of utter lawlessness.  So if things are this bad already, what will conditions be like when things really start hitting the fan?

Continuing a trend that we have seen for the last couple of years, crime rates all over the nation just keep going higher and higher.

For example, auto theft, grand larceny and transit crime are all up by more than 50 percent in New York City so far this year…

Data released by the New York City Police Department showed Grand Larceny Auto increased by 51.1% with 5,420 incidents as of June 5 compared to just 3,587 incidents by the same time in 2021.

That category had one of the largest upticks during the most recent crime statistic report covering May 30 to June 5. Grand larceny incidents spiked by 50.1% from 20,659 incidents reported to NYPD as of June 5, compared to the 13,713 reported during the same period last year.

Meanwhile, overall transit crime surged by 53.6% so far this year.

I thought that the new mayor was elected to end the crime wave.

Instead, it appears that it has been supersized.

One way to hide the rapid rise in crime is to decriminalize things that used to be major offenses.

In Portland, voters decided to decriminalize hard drugs, but that just turned the city into an “open air drug market”…

Law enforcement agents say that the streets of Portland are full of homeless addicts openly buying and selling drugs and that signs of drug addiction are actually increasing statewide, Fox News reported.

Photos show the desperate situation in the liberal Pacific Northwest city, where people can be seen shooting up drugs or passed out in broad daylight.

At one time, Portland was one of the most magnificent cities in the entire world.

Now it is a horror show.

On top of all the ordinary crime that is going on, now we are witnessing a very alarming rise in politically-motivated violence.

The Supreme Court decision that will overturn Roe v. Wade is expected to be released this month, and a group known as “Jane’s Revenge” has announced that it is “open season” on those with pro-life views…

The group has a history of damaging property during their protests, and they took credit for the vandalization of a pregnancy resource center in Des Moines, Iowa earlier this month. In a message posted to social media, the group said they broke windows and left graffiti political messages all over the clinic. “It was easy and fun,” the message read.

Sadly, even though the official Supreme Court decision has not even been released yet, there has already been quite a bit of violence.

In fact, it is being reported that there have been more than three dozen attacks on pro-life groups, churches and crisis pregnancy centers in recent weeks…

An armed would-be assassin’s alleged attempt on the life of Supreme Court Justice Brett Kavanaugh last week is part of a wave of violence, arson, vandalism, and intimidation targeting pro-life groups and government officials since the leak last month of a draft Supreme Court opinion that would overturn Roe v. Wade.

There have been more than three dozen such incidents directed at crisis pregnancy centers and churches in at least 20 states and Washington, D.C., according to a tally maintained by LifeNews.com, an anti-abortion site.

The thin veneer of civilization that we all take for granted on a daily basis is rapidly dissipating, and our streets are becoming more uncivilized with each passing day.

If this is happening while economic conditions are still relatively stable, what will happen once things start getting really crazy out there?

In some parts of the world, the food crisis has already reached critical levels.  For example, the government of Sri Lanka has actually shortened the work week so that workers will have more time to grow their own food…

Sri Lanka’s federal government on Monday approved a proposal that would shorten the work week of most public sector staff to four days so that workers will have time to farm their own crops, Reuters reported Tuesday, noting the measure aims to combat Sri Lanka’s worsening food shortages caused by a recent economic crisis.

“Sri Lanka’s Cabinet late on Monday approved a proposal for public sector workers to be given leave every Friday for the next three months, partly because the fuel shortage made commuting difficult and also to encourage them to farm,” Reuters reported on June 14.

Over in Africa, the United Nations has stopped feeding approximately 1.7 million citizens of South Sudan because they simply do not have enough funding to feed the rapidly growing throngs of desperately hungry people…

The World Food Programme has been forced to stop providing food aid to around 1.7 million people in South Sudan, because of a lack of funding. The UN-run organization will still reach 4.5 million people, but many will miss out on vital resources.

According to BBC News, over half the population of South Sudan is currently facing hunger due to floods, localized drought, continuing conflict, and rising food prices. Marwa Awad is from the World Food Programme and is in the northern town of Bentiu in South Sudan, where she has been talking to people about the effects the cuts to aid are having.

All of the experts are telling us that the global food crisis is going to get a lot worse as the months roll along.

If the UN has already reached the limit of what they are able to do, who is going to help the millions upon millions of hungry people that will soon need help in order to survive?

Here in the U.S., food production has been affected by a bizarre series of disasters, and we are being warned that much less will be produced this year than originally anticipated.  I think that one expert summed up the current situation very well when he warned that “we are teetering on the edge right now”…

Pennsylvania farmers are being “crushed” by the record cost of diesel – so much so, that questions about a food crisis are starting to loom, the Morning Call reported.

One farmer in Lehigh County is quoted as saying: “I’ve got a tractor hooked up to my corn planter out here, no diesel fuel, and I can’t afford to get any.”

That farmer was airing his gripes to Kyle Kotzmoyer, a legislative affairs specialist for the Pennsylvania Farm Bureau. Kotzmoyer then turned around and testified to state lawmakers: “We have reached that point to where it is very close to being a sinking ship. We are teetering on the edge right now.”

If we eventually get to a point where food prices spiral completely out of control and there are widespread shortages, do you think that those living in our core urban areas will respond with grace and patience?

Instead, people will go absolutely nuts.

We got a small preview of what is to come during the Arab Spring of 2011.  There were serious food shortages around the world that year, and that resulted in tremendous civil unrest.

Here in the United States, most people do not have large amounts of food stored up, and that is especially true in our largest cities.

So we better hope that the rapidly growing global food crisis does not affect us too severely, because the truth is that we are definitely not equipped to handle such a scenario.

The post If The Streets Of America Are This Chaotic Now, What Will They Be Like When Things Really Start Hitting The Fan? appeared first on End Of The American Dream.