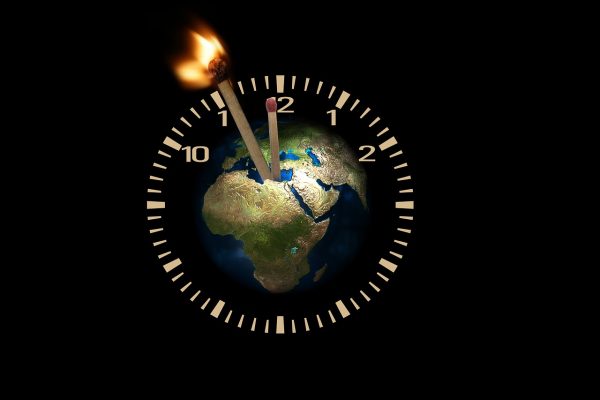 This monkeypox outbreak is now far worse than most of the experts originally anticipated.  The number of confirmed cases has continued to rise at an exponential rate, and many victims have experienced extreme agony for weeks after contracting the virus.  So could it be possible that monkeypox is a plague of the end times?  The Bible does tell us that “pestilences” will be one of the signs of the end times, and we have certainly seen multiple “pestilences” erupt over the past couple of years.  At first, a lot of people were dismissive of monkeypox because the corporate media made it sound like it wouldn’t be that serious.  But now we are learning the truth, and it is pretty horrifying.

As I write this article, there are now 39,791 confirmed cases around the globe.  The WHO says that the number of confirmed cases has risen another 20 percent in just the last week, and that is extremely alarming.

If the number of cases continues to double at the current rate, it won’t be too long before there are millions of victims.

Silver Steele was covered in agonising blisters around his mouth that took around 20 days to worsen before getting better.

He still fears that what he initially thought was “razor burn” will now scarr his skin for life.

Of course that isn’t the worst part of the disease.

The worst part is the pain.

“It hurt most when I ate. But there were times when I was literally just sitting there watching TV and all of a sudden it’s just like knives stabbing you,” he said.

“The pain was pretty intense.”

Many other victims have told us about the extreme pain that can come with this disease.

Some have described it as the worst pain that they have ever experienced in their entire lives.

Monkeypox can have some other terrifying consequences as well.  In Germany, one man actually had the skin on his nose turn black and start to die…

A monkeypox patient’s nose started to rot in one of the most shocking cases documented in the current outbreak.

The 40-year-old man, from Germany, went to his GP with a red spot on his nose which was initially dismissed as sunburn.

But within three days the skin on his nose started to die and turn black, leaving him with a painful, swollen scab.

You can see a photo of this right here, but I want to warn you that it is quite graphic.

There is still so much that we do not know about this plague.

But at this point, health experts are telling us that it is primarily being spread by men that have sex with other men.  The following comes from NBC News…

Since the outset of the global monkeypox outbreak in May, public health and infectious disease experts have told the public that the virus is largely transmitting through skin-to-skin contact, in particular during sex between men.

But that isn’t the only way that it is spreading.

There have been lots of victims that have developed monkeypox without having sex with anyone.  Here is just one example…

A man noticed his first lesion and subsequently developed a rash about two weeks after attending a “large, crowded outdoor event at which he had close contact with others, including close dancing, for a few hours,” according to researchers from Stanford University School of Medicine. He tested positive for monkeypox after seeking care at an emergency department about a week later.

The patient’s “primary risk factor was close, nonsexual contact with numerous unknown persons at a crowded outdoor event,” the researchers wrote, and the case “highlights the potential for spread at such gatherings, which may have implications for epidemic control.”

There have been at least eight confirmed cases of monkeypox in children in the United States.

According to Harris County Judge Lina Hidalgo, the eighth confirmed case of monkeypox in the United States is believed to be a child under the age of two, and this is also the first pediatric case of monkeypox reported in Texas.

The more this virus spreads, the more opportunities it is going to have to mutate.

And this will especially be true as it spreads to animals…

A family dog has tested positive for monkeypox virus in what may be the first human-to-dog transmission case ever recorded. Researchers raised the alarm after an Italian greyhound contracted the virus 12 days after its owners began to show their onset symptoms.

We are still only in the very early chapters of this crisis, and I have a feeling that it is going to get a whole lot worse.

So what does all of this mean?  Well, the truth is that I’m not sure.  We were specifically warned to watch for another pandemic that would involve sores on the skin, and now a global outbreak fitting that description is here.

Sadly, this is probably only just the beginning.  If we really are living in the end times, more pestilences will be coming.

I know that a lot of people out there may not be excited to hear that, but it is the truth.

The post Is Monkeypox A Plague Of The End Times? appeared first on End Of The American Dream.