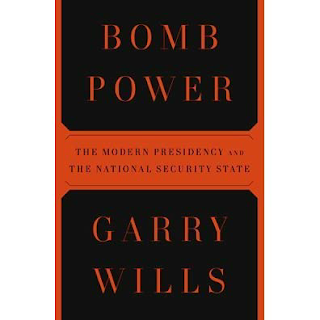 Author Garry Wills discusses how the atomic bomb has increased the power of the modern presidency and redefined the government as a national security state. This event was held on January 27, 2010 at the Newberry Library. This program was recorded by Chicago Access Network Television (CAN TV). To purchase a DVD, contact CAN TV’s Community Partners at (312) 738-1400 or at [email protected]

Garry Wills, Pulitzer Prize-winning author of Bomb Power: The Modern Presidency and the National Security State, discusses the transformation of American politics that occurred in the decades since the nuclear bomb was developed. “Since Korea, no Congress has ever declared war again,” he says.