In my previous post, several measures of the long-term economic decline in the USA were presented. One of the important ways of comparison is related to the difference between the real GDP and real GDP per capita, GDPpc. Figure 1 shows the annualized Q/Q growth rate for these two measures of real economic growth. (In the previous post, the estimates of Q/Q one year before were presented.) There is a clear technical recession as marked by two consequent quarters of negative growth rates: 2022Q1 and 202Q2. Two polynomial trendlines illustrate the difference between total and per head GDP estimates. The former includes mechanical population growth of 2% in the 1970s and ~0.5% in the 2010s. This is an important difference in the understanding of economic growth. Imagine a country with a population growing by 5% per year and having a real (total GDP) economic growth of 3% per year. In such a country, the population is getting poorer and poorer with time as everyone gets 2% less income every year. This example shows that the real GDP growth rate is not the best indicator of real growth in population prosperity. For the USA, the population growth rate and thus the GDP-GDPpc difference is large enough to be estimated for the recession definition. It is worth noting that the population in developed European countries has been growing at a much slower pace since the 1960s and the difference between real GDP and GDPpc growth rates was much lower with a lower integral effect during the whole period since 1960.

Figure 2 presents the most recent period to illustrate the difference between the real GDP and the GDP per capita growth rate. The estimates during the COVID-19 period are too large to be presented and they are not related to real economic evolution. The 2022Q1 and 2022Q2 growth rate estimates for the real GDP are -0.0158 and -0.0058 1/y; for the GDPpc -0.0178 and -0.0081 1/y. The difference is small as the population growth rate was extremely low in the 2020s (see the previous post). Instructively, if the population growth would be at the level of the 1970s, there would be no recession in 2022 due to mechanical GDP growth with increasing population, but it would be a recession for all individuals in the USA as their share of real GDP would be decreasing.

The USA was a country with extremely healthy population growth from the 1960s to the 1990s. The mechanical GDP growth was a big (say, 1% from 3%  or 1/3 in the 1980s) part of the total growth. Currently, this driving force is fading away and technical recessions may happen much more frequently as the real GDP and real GDP per capita practically coincide. For the capital part of the US economy, there is no difference between the sources of growth – mechanical population growth or technical progress with increasing productivity. For the labor part, this difference is crucial. 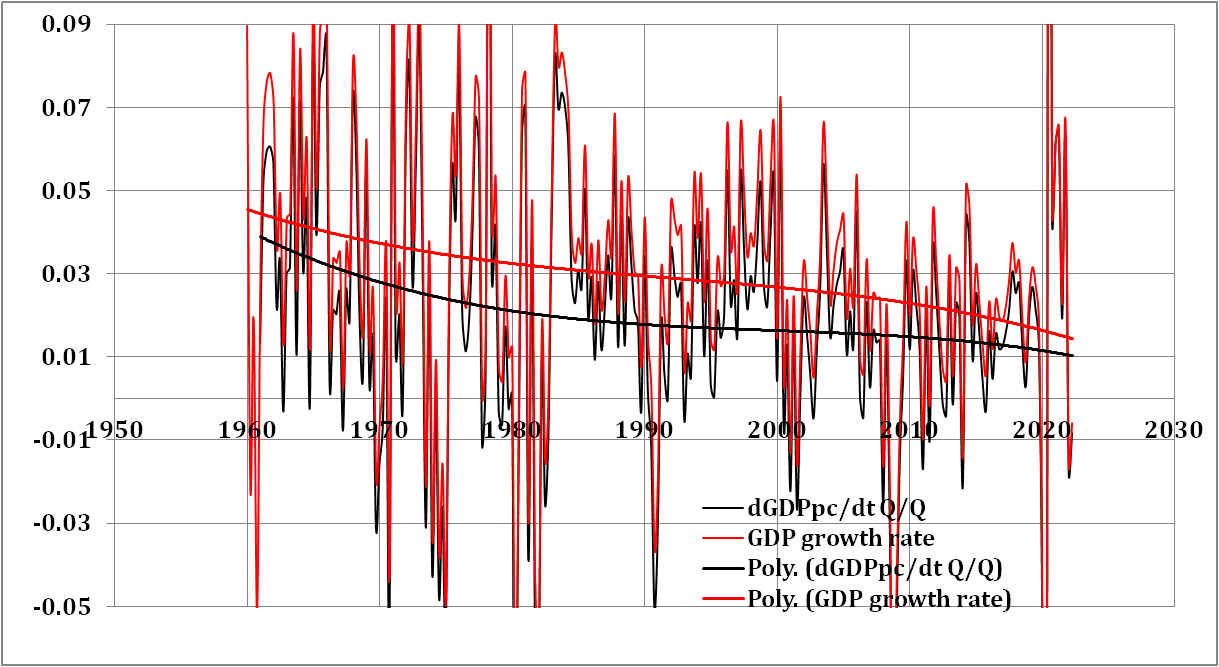 Figure 1. The  Q/Q one year ago growth rate estimates for the real GDP and GDP per capita with corresponding polynomial trendlines. Notice the recession in 2022Q1 and 2022Q2. 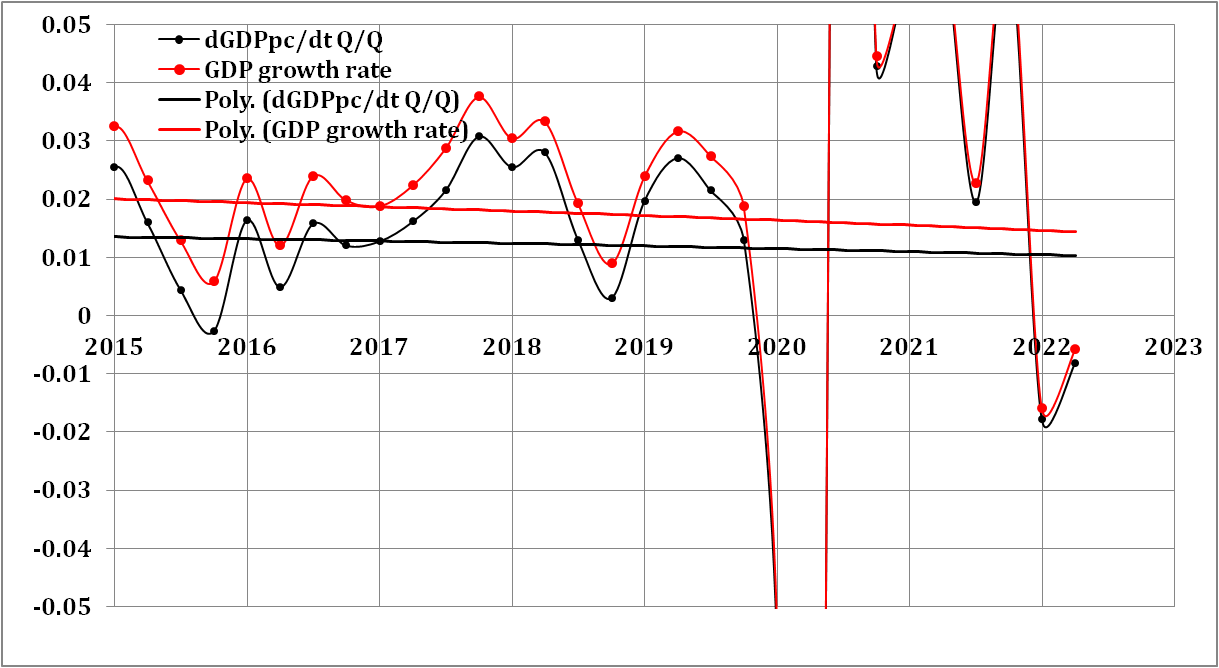