A team of scientists led by the University of Warwick combined their knowledge and expertise to assess the current status of the (Sodium Ion) Na-ion technology from materials to cell development, offering a realistic comparison of the key performance indicators for (Sodium Ion Batteries) NBs and (Lithium Ion) batteries LIBs.

LIBs are the electrochemical energy storage systems of choice for a wide variety of applications, however other types of emerging battery technologies are currently on the path to share their dominant position. 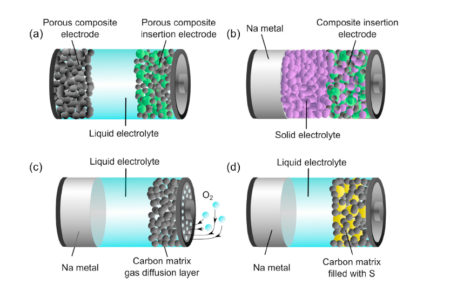 Among them NIBs have great potential to represent the next generation low cost and environmentally friendly energy storage solution. The diverse key performance indicators required by different applications and the market diversification is the driving force pushing the Na-ion technology closer to the market.

A team of scientists including WMG at the University of Warwick combined their knowledge and expertise to assess the current status of the Na-ion technology from materials to cell development, offering a realistic comparison of the key performance indicators for NBs and LIBs.

LIBs play a primary role in the transition to a low carbon economy. However, as the market rapidly expands, the environmental and social challenges associated with the mass production of LIBs is triggering large attention toward the search for alternative energy storage solutions based on materials that can be sourced in a sustainable and responsible way. In this scenario, NIBs represent an alternative low cost, sustainable and more environmentally friendly energy storage technology.

Na- based batteries offer a combination of attractive properties. They are low cost, use sustainable precursors and have secure raw material supplies. In addition, they are considered as a drop-in technology which could benefit from the already existing Li-ion batteries manufacturing facilities.

Like Li-based systems, Na-based batteries come in different forms, such as Na-ion, Na-all-solid-state-batteries, NaO2 and Na/S. While the last ones are seen as disruptive future technologies, the Na-ion technology represent an attractive technology almost ready to challenge the Li-ion batteries in specific applications.

Performance metrics are of utmost importance for the SIB technology to ensure a competitive cost per Watt Hour and find a place in the market. In this work, the most promising electrode materials and electrolyte systems have been reviewed and performance metrics from the academic literature have been used to extrapolate full sodium ion cells performance indicators.

Authors indicate that with the ongoing development, the present best materials available for Na-ion cells should allow approaching the energy density of the present generation of Li-ion commercial cells. One of the most important application field for the developed sodium-ion battery prototypes is certainly stationary energy storage systems, where cost and cycle life represent two fundamental parameters.

Dr Ivana Hasa, Assistant Professor at WMG said, “In this field sodium-ion batteries have the potential to dominate the future market representing the most promising system to fill the gap between energy production and utilization by securing energy supply. However high-power applications in the electrified automotive field are a potential niche field application for NIBs.”

Dr Ivana Hasa, from WMG, University of Warwick comments: “From an applied research point of view, the future research efforts should be devoted on fundamental research, materials discovery and understanding of the thermodynamic and kinetic processes governing the chemistry of these systems. In addition, the investigation of upscaled Na-ion batteries is of primary importance to obtain realistic data to benchmark the progress of the technology as well as the adoption of a common reporting methodology in the scientific community enabling a fair comparison among performance results.”

From all the impatience expressed at the pace of change in alternative energy and fuel things are actually moving along rather quickly. This team’s work shows that what didn’t exist in real terms a decade ago is looking pretty well developed already. Getting ahead of the lithium ion chemistry is going to require some compelling cost and performance advantages and sodium chemistry looks more promising with each research paper that comes out.

The post Making The Case For the Sodium Ion Battery first appeared on New Energy and Fuel.