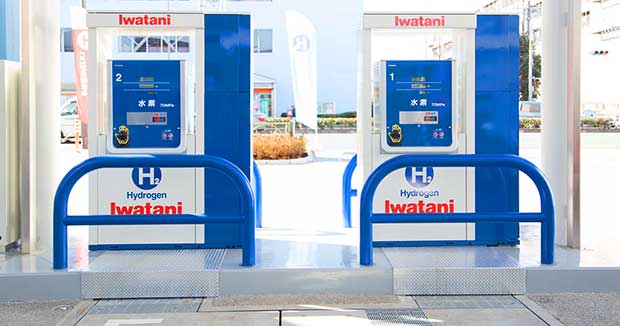 As one of the leading names in the fight to develop more eco-friendly vehicles, Toyota has been pushing for a more ethical approach to vehicle development with some success. Now, though, they have teamed up with Iwatani to try and help the rushed development of hydrogen fueling stations. At the moment, the target is to open up seven new stations across California, providing state residents with the chance to use a hydrogen fuel cell vehicle and keep it topped up without the logistical challenges which exist today.

If you were to drive such a vehicle today, it would be hard to find H2 fueling stations within an acceptable distance of one another. Toyota, though, wants to try and boost the uptake on their new Mirai fuel-cell vehicle with the addition of more stations across the state. Given the focus of the company on this part of the USA, this should come as no surprise.

This is expected to continue to take place, as the company looks to try and boost the number of publicly accessible hydrogen fuelling stations in the state by as much as one quarter. If there is a genuine desire to see mass uptake of their vehicles, then it is obvious that Toyota will look to push on further with their ambitions to make hydrogen fuel cell stations more accessible.

Each of the stations is going to be designed to have a daily capacity of around 900kg of hydrogen. That means that it should be able to give as much as 6,300km of new hydrogen capacity to Californian residents. Should the inclusion of new stations help to fuel a rise in the uptake of the Mirai itself, then we could see even more stations built in the medium-term.

For now, though, the main aim is to improve the infrastructure across the state with an impressive seven new stations. For anyone looking to buy a fuel cell car, then, such additions are sure to encourage others to pick up this kind of vehicle in the future.

When choosing a vehicle, the ease of which you can keep it on the road always becomes a deciding factor. And with this fuelling station increase, it will be more logical for Californians to consider the upgrade as a worthwhile investment for them.

The increase will mean that we could see as many as 1,200 fills per day more, making sure that more fuel cell vehicles can get on the roads of California and start giving back to the world a bit more. With around 5kg of hydrogen needed to fully fill up a Mirai, this means that we could see many other people with the desire to drive a hydrogen fuel cell vehicle take the opportunity with both hands.

While some might see it as daunting, this is an exciting time in the auto industry, and it is only likely to get more exciting as time goes on. As more H2 fueling infrastructure is built, expect more and more FCEV’s to enter the market as well.