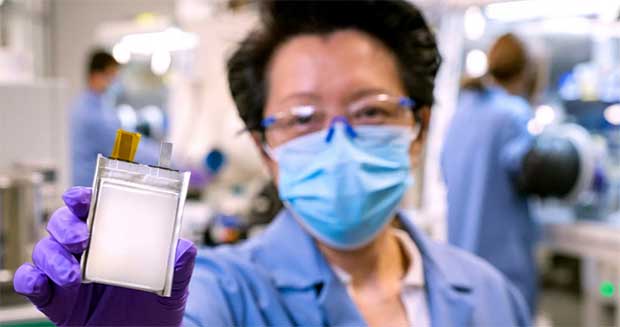 For years, the talk of the use of batteries to power just about everything we use has focused on the development of lithium batteries. However, a new ‘next generation’ lithium-metal battery developed by GM could be a complete game-changer. The latest joint venture that is associated with this new battery prototype could, in time, become a major building block for a new form of battery that promises to be the best option yet.

The development was unveiled as part of their new joint venture with SolidEnergy Systems, a company with a specific approach to ethical energy production. The use of these lithium-metal battery cells would allow for a much more refined form of energy production. It would utilize a protected anode that will make it much more affordable and much denser in terms of the energy that it can store and put out. The prototypes have, according to GM, gone through over 150,000 simulated test miles and have shown outstanding potential.

Indeed, some believe that they could become a part of the real-world battery industry in a much shorter time than many would expect given the outstanding results in testing.

When will lithium metal batteries arrive on the scene?

As part of the joint venture, there is optimism that these could be produced and ready to be used by as early as 2023. Given the long time-frame that often comes with such innovations, that could be among the quickest turnarounds for such a comprehensive and important part of the growing energy industry.

Make no mistake, though, that lithium metal batteries could become a genuine game changer if they were to come on the market. It is believed that they would be easily develop and could provide an affordable, long-range option for electrical vehicles.

Given that most buyers are put off by the high price and limited range, there has been a challenge in making sure that electric vehicles can become an affordable solution for the masses. With the development of a battery like this, it would vastly cut down on the developmental and operational costs that come from metal batteries.

That is why, if you are serious about buying an electrical vehicle at an affordable cost and running rate, there is hope on the horizon. If done right, the batteries could be a genuine game changer and offer a much more effective, accessible, and affordable route into the electric vehicle industry.