First up was a big vaccine surprise win in early September at the SCG. 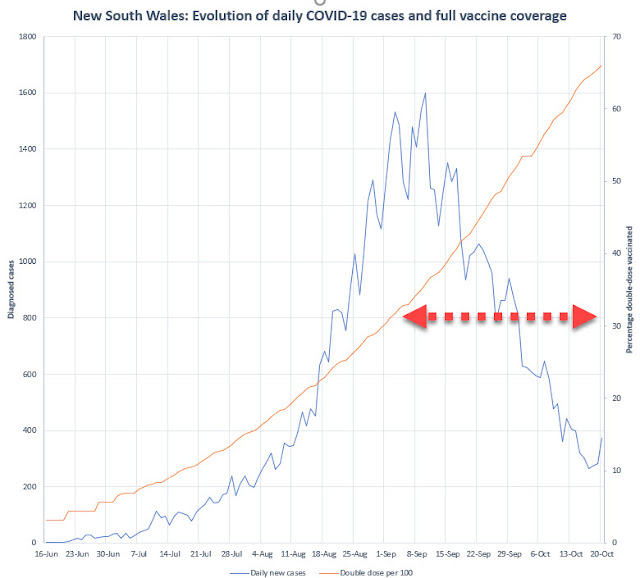 That was a crowd pleaser, but sadly captain Gladys had to retire after the match with unrelated injuries.

The next match early October was without much drama, against a Prime Minister’s eleven at the Manuka Oval Canberra: 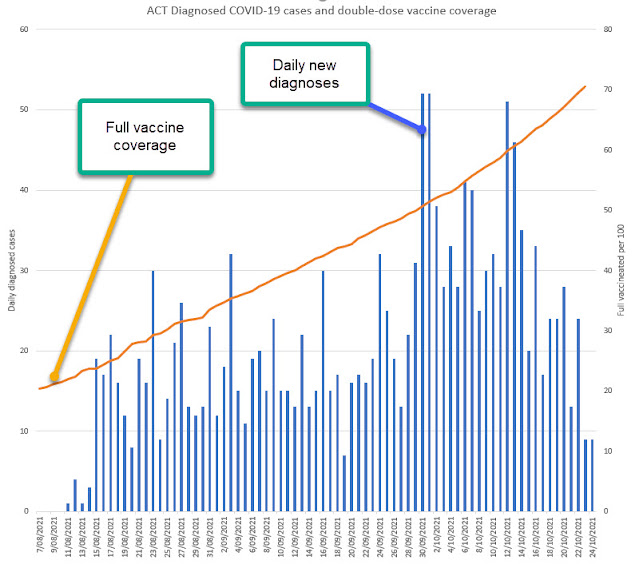 The exact timing of the Manuka win was a bit uncertain due to a late flurry of runs by the viral team on the 12th October. But a strong final innings by the vaccine team made the win emphatic in the end.

Hume was the real decider.

Then came Hume, in Victoria, a hard game preceded by several easy matches south of the Yarra in coddled inner city Melbourne: 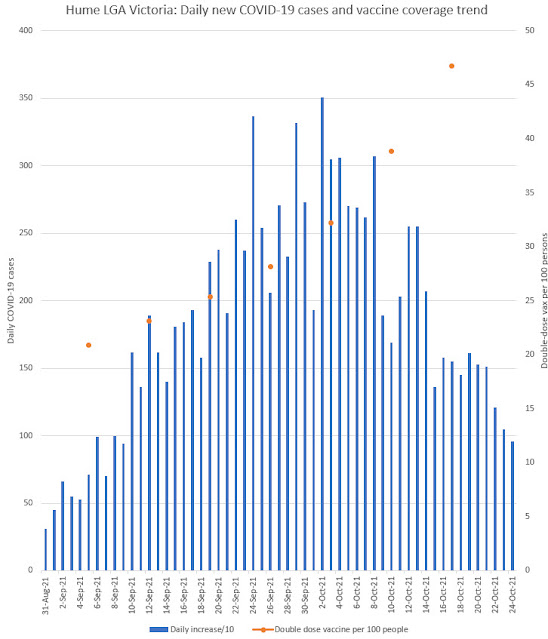 This was a tense struggle, and an early win on October 3 was under appreciated by the media amidst the flurry of other tussles making the vaccine main players a bit nervous about the finale. Almost unnoticed here as throughout the series, was superb defensive vaccine deployment by the captains, medical and political.

The Bellwether in Moreland

The Coburgistan bellwether was a thoroughly reliable indicator noted at the time by the Pundit: 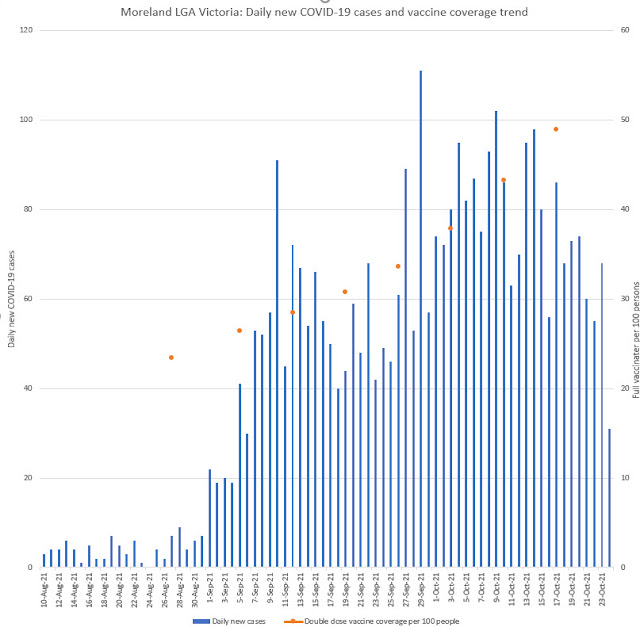 But Coburgistan was an easy win. There were several terribly dangerous and hard fought matches out in Warnie territory, eg Casey in the East, Wynyard in the East: 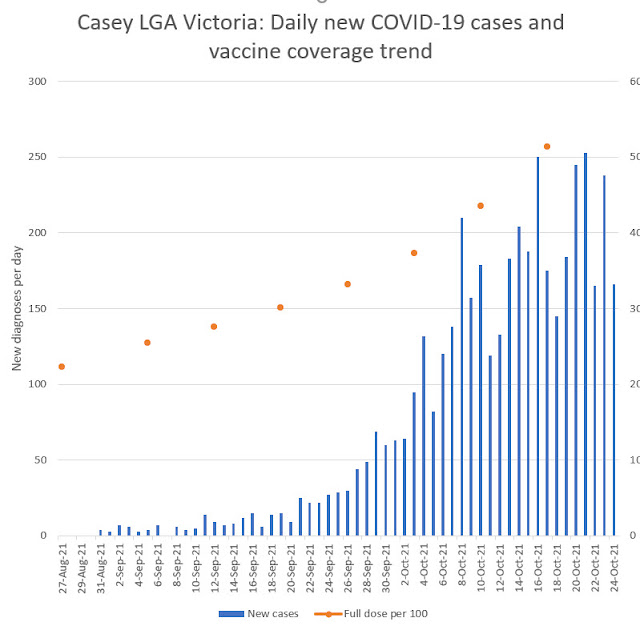 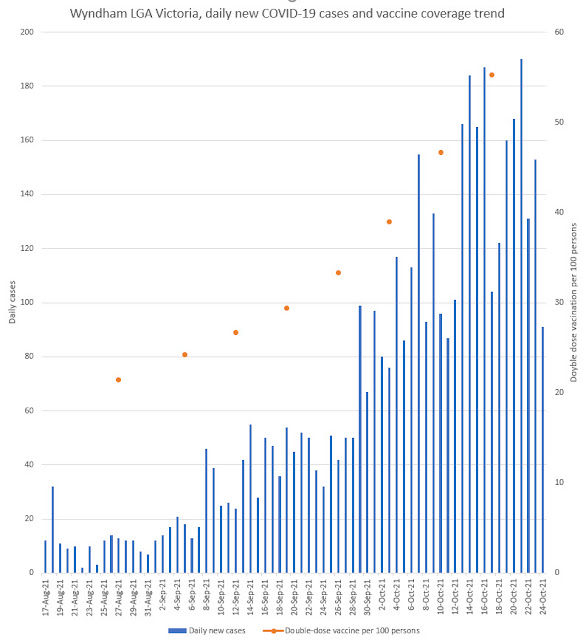 But what mattered was the big one at the MCG. There, as always, Warnie fans found alcohol laced nirvana. 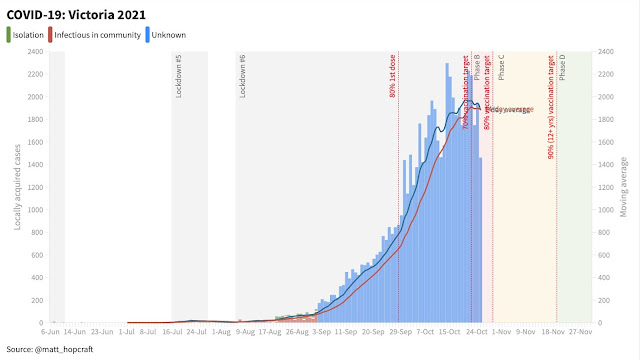 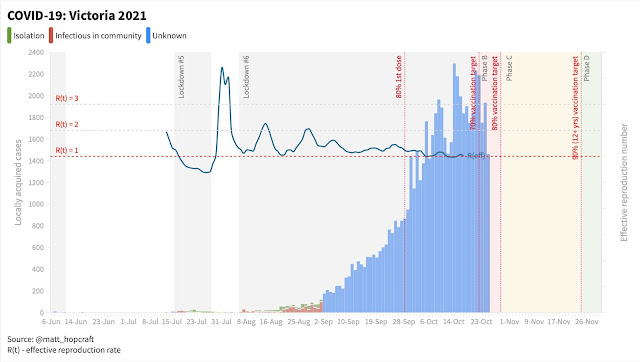 With the big wickets at the “G were taken by hospital stability. As they should: 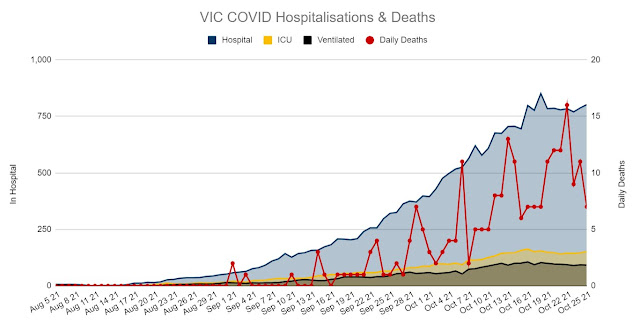 After the match plaudits went to Pfizer and AstraZeneca for steady defensive play. And to testing and tracing for attacking finesse. Quarantine and border control barely got a mention.

The MCG match call may seem early to some, but throughout the series the home crowd have been steadily buoyed up by the rolling thunder of vaccine rollout out to 90 percent and beyond. It’s like a rainstorm on a brushfire.