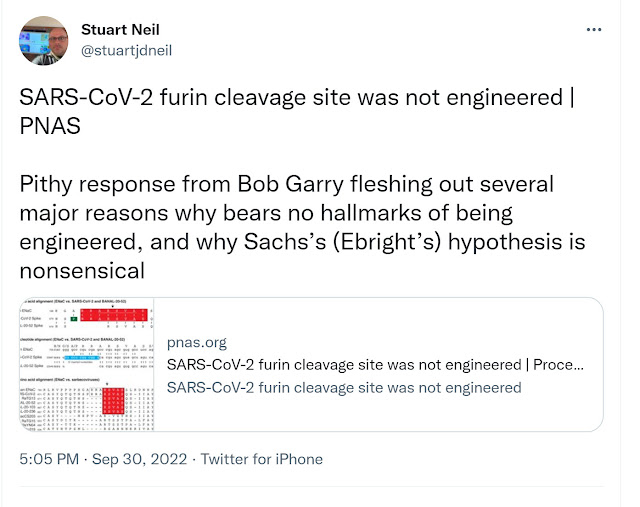 Carolina (UNC) and the Wuhan Institute of Virology (WIV) based on an eight-amino-acid sequence similarity between the furin cleavage site (FCS) of severe acute respiratory syndrome coronavirus 2 (SARS-CoV-2) Spike and one of the FCSs of human amiloride-sensitive epithelial sodium channel α subunit (ENaC) (2). Both proteins have the sequence RRARSVAS (Fig. 1A). Harrison and Sachs cite work on rat ENaC from UNC (3, 4) and suggest that the UNC and WIV coronavirologists may have mimicked human ENaC FCS to make SARS-CoV-2 more infectious for lung epithelia.

Numerous features of SARS-CoV-2 FCS demonstrate that it was not engineered to mimic human ENaC:

Harrison and Sachs’s (1) claim that alignment of sarbecovirus Spike amino acid sequences illustrates “the unusual nature of the [SARS-CoV-2] FCS” is misleading. FCSs are common in coronaviruses, and present in representatives of four out of five betacoronavirus subgenuses (8). The highly variable nature of the S1/S2 junction is easily ascertained by inspecting a precise alignment of sarbecovirus Spikes (Fig. 1C).

After commenting about the “unusual nature” of the SARS-CoV-2 FCS, Harrison and Sachs (1) then argue the opposite. With regard to our earlier publication (7), they write, “In fact, the assertion that the FCS in SARS-CoV-2 has an unusual, nonstandard amino acid sequence is false.” We made no such assertion. Rather, we noted that the SARS-CoV-2 FCS is “suboptimal.” We also noted, correctly, that placing the insertion out of frame would be “an unusual and needlessly complex feat of genetic engineering.”

The immediate proximal ancestor of SARS-CoV-2 did not come directly from a bat to a human, but first evolved in an intermediate host. Two related lineages of SARS-CoV-2—lineage A and lineage B—first infected humans via the wildlife trade at the Huanan Market in Wuhan (9, 10). For the ENaC hypothesis to be true, UNC or WIV researchers would have had to possess the direct SARS-CoV-2 progenitor isolated from another animal—not a bat. 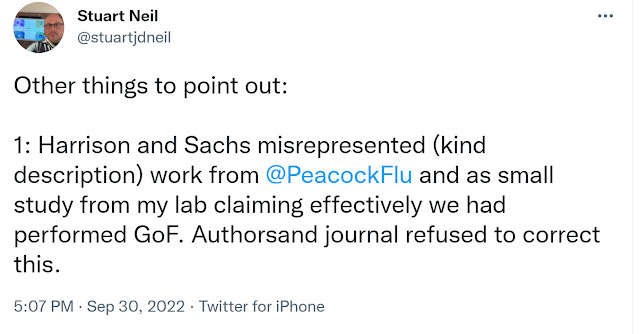 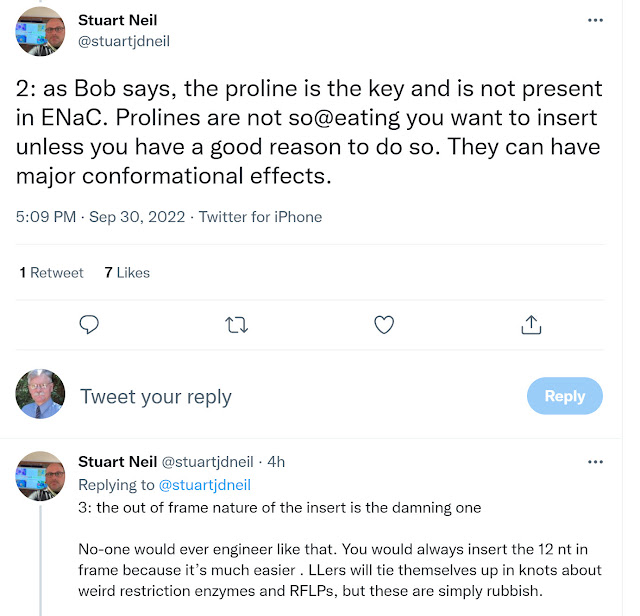 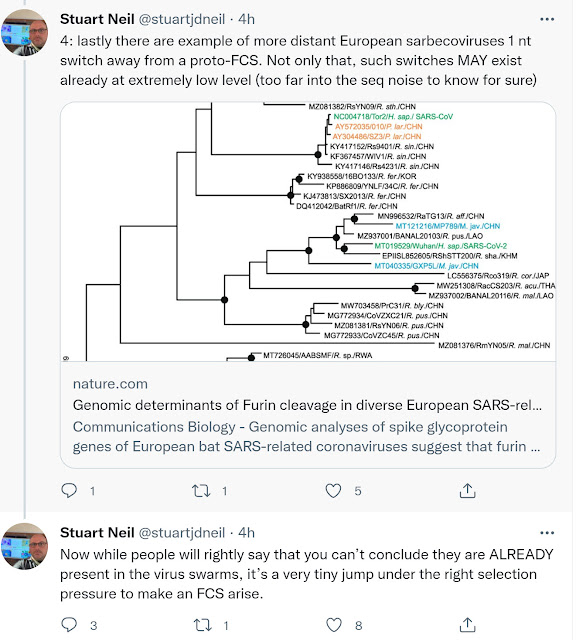 The furin cleavage site (FCS) in SARS-CoV-2 is unique within the Severe acute respiratory syndrome–related coronavirus (SrC) species. We re-assessed diverse SrC from European horseshoe bats and analyzed the spike-encoding genomic region harboring the FCS in SARS-CoV-2. We reveal molecular features in SrC such as purine richness and RNA secondary structures that resemble those required for FCS acquisition in avian influenza viruses. We discuss the potential acquisition of FCS through molecular mechanisms such as nucleotide substitution, insertion, or recombination, and show that a single nucleotide exchange in two European bat-associated SrC may suffice to enable furin cleavage. Furthermore, we show that FCS occurrence is variable in bat- and rodent-borne counterparts of human coronaviruses. Our results suggest that furin cleavage sites can be acquired in SrC via conserved molecular mechanisms known in other reservoir-bound RNA viruses and thus support a natural origin of SARS-CoV-2.