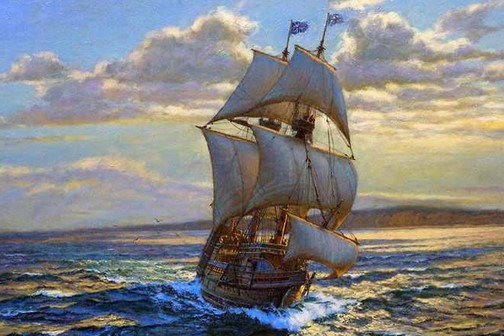 Looking down from new heights upon a potential transport of delight

Sunday is as good a time as any to take the VTO Slogmobile up to hover in the air above 1,000 feet. There one can think clearly, while hearing few if any pings, bongs, zoops, rings, beeps or brrrhs, and yet getting roughly the same overview as one of Billionaire Gates’s low altitude satellites. Down there, upon metaphorical oceans, do we see new boat people?

Perhaps it is the close presence of Bill’s eyes in the skies that cause me to mutter, “the problem at its core is that there are far too many of us”. For this is about the only thing in BG’s head that is sound. His business morals, monopolist instincts, illibertarian standpoint and ideas about depopulation are entirely regrettable, but the diagnosis is fundamentally correct: for a long time now, there has been far too much unprotected copulation in the human ranks, and far too little attention paid to that by votecentric politicians.

This has got nothing to do with food, living space and breathable air, all of which could plentifully support around 18 billion Homo sexusadinsanium on Planet Earth. The central problem is potable water: for whereas wealth and education bring better birth control, they also introduce piped water and obsessive hygiene – which together quintuple water usage per family. Further, while we were going forth to multiply, the amount of accessible and safe drinking water available stayed exactly the same as it was roughly 2.3 million years before the Nazerene came among us and used it for baptism.

Not quite as important – but still central – is the method of long division used to sort the existing 7.8 billion of us into tribes of a manageable size. For roughly 800 years, we have been using the ‘nation state’ as our basic unit; the main outcome of this has been an exponential growth in those who would rather organise the rest of us than get a proper job. As eighteenth century expansionism blundered along into the twentieth century Diary of the Dead, various ideologues in France, Great Britain, the USA, Russia, Germany, China, Islam and then Brussels preached that a terrific solution to the existing bureaucratic nightmare would be the creation of imperial blocs even less homogenous (and more socio-legally regimented) than before.

Normal “tribe” size has gone from that generally accepted as about the most manageable (220 people) to nationalities ranging from 9 million to 1.4 billion. That in turn necessitated the development of mass information media, which unsurprisingly captured the attention of those in search of a means of carrying their irrefutably correct ideology to the highest and lowest in the land.

It would be nice if all the Schwabists, Marxists, Warmists, Socialists, Fascists, Feminists, Monetarists, Militarists, Narcissists, Jihadists and Racists were all right in their starting assumption that most citizens are happy to be told what to do – while all having the same sum of property, money, children, diet and obedience to laws as the isteologues insist. (The exception – naturally – are the isteologues themselves, who are above such inane and tawdry considerations)

Unfortunately, the rather more scientific study of social anthropology teaches us that we are gatherers, hunters, travellers….and heirarchical by nature – with various sexualities, and a profound suspicion of strangers with new ideas about everything from democracy and short skirts to beheading as a meaningful hobby, or the amassing of unrepayable debt.

Further, technology has hugely enabled two things: ease of diaspora – such that almost every nationality from China to Brazil is, in 2021, culturally divided in one form or another; and the digitalisation of communications to the point where those of a controlling nature can know everything about everyone…and thus potentially criminalise anything in order to effect total control.

The tectonic tension and mayhem resulting from this rise and rise of the unnatural can only be contained by denial of hard reality, and increasingly ruthless media censorship. What I term “post empirical analysis” has led to beliefs in the following fantasies:

Multicultural diversity being essential to social wellbeing; Islam as a peaceful religion; the interpretation of all educational failure as evidence of racism; equating anti-fascism with “by definition” democracy; trickle-down wealth; jobless economic recoveries; cultural mores as a defence of multiple rape; laws defending freedom by attacking open-minded opinion; bicycles as weapons of mass destruction; ‘sub-prime’ as a description of investment-packaged junk; modelled global climate change that never happens; the concept of non-violent terrorism; pro-Brexit leanings being de jure evidence of Nazi views; a microscopically unidentifiable “virus” killing four people in a hundred thousand justifying the catastrophic dilution of economies and civil rights across the world; and drugs developed to “counter” that threat being accepted as vaccines when they can’t guarantee either reduced infection or long-term immunity.

We have, in short, lost sight of a guiding species principle: grounded philosophy and scientific enquiry keep minds open to all the possibilities of sound species advance; ideology closes new avenues, minds and ranks. Worse still, the mendacity involved in forcing rigidly inaccurate belief systems onto respectful citizens leads to not just control of movement, assembly and public speaking, but also of minds. Ideology, in the end, has to use propagandic pretence and censorious omission in order to remain credible.

Ideology is the cancer that will kill us all unless we reject it.

As I write, a majority either wants one World Bloc – or believes that such is inevitable whether we like it or not.

As an objective, that is altogether unachievable, existentially perilous, totalitarian, and the very antithesis of a manageable community’s ability to see responsible individuals – and the maximisation of their potential – as the only unit of progress that truly matters. The rest is just systemic bunk.

I spent most of yesterday (a public holiday throughout Europe to celebrate workers who may well be heading for a workless future) pondering this perfect storm of a loosening grip on Truth’s reality among the ordinary Joe and Jane alongside the stealthy theft of their sovereign and personal wealth.

It was stolen by those who believe themselves entitled to be exceptions to every rule – simply because they believe their intelligence to be exceptional. But the psychopathy of their IQ will, in the end, be their undoing.

An insane belief in deitist infallibility is never a replacement for wisdom. The ruse we have been witnessing since February 2020 is still denied by the great majority of our fellow humans. But there are limits. And in essence, once one clears away the clutter of hypocritical posturing, obscene virtue signalling and rewritten science, its essence is very easy to express:

The creation of a distractive excuse for ideological economic failure

We are heading for an almighty fiscal and financial crisis based on ludicrously perverted over-valuation of profitable economic output. The blame for this will be dropped from a great height onto the feeble shoulders of a ludicrously over-estimated health danger. The media fearmongering involved in that ruse was in turn a full-on test market to demonstrate the power of fear in the process of creating mistaken belief…and thereby, acceptance of “emergency” decrees. Those decrees will be extended – such extension to be rationalised by the horrific depth of the “economic” collapse taking place….and the need for A Great Reset.

Somewhere in what passes for my soul, I feel certain that the 0.1% will cock it up. Already, I see signs of opinion-leading families here in France moving house from metropolitan madness to rural open spaces. I see reports in the US of such people leaving the administrative lunacy of California in search of Trump States where common sense is still in vogue. I see Europeans for the first time looking beyond their continent towards an escape to hopeful freedom elsewhere.

It is nothing short of Mayflowering….a broadening of the PDC (Personal Destiny Control) I wrote about last year. At the age of 73, I may still have the energy to be part of that.

The escape from tyranny is still a crucial human driver.

Connected to the above: the voyager gene that drives Personal Destiny Control