In CHRIS EVERARD’S Secret Space documentary film, we show that these metal balls probably represent UFOS which have been witnessed flying around the skies of planet Earth for decades…

And the ENIGMA CHANNEL has the footage to prove it!

Wartime pilots called them FOO FIGHTERS – today, we call them UFOS – and in Chris Everard’s SECRET SPACE film series we see dozens and dozens of HD clips showing you how FAST these critters move – they cruise at an average speed of 3,600MPH, often way above the Sound Barrier – but are totally silent… And deadly…

Most Crop Circle designs are based on the geometry of PLANETARY ORBITS and ALIGNMENTS… Or some Crop Circles illustrate advanced ELECTRONICS – such as the famous TRANSPUTER Crop Circle.

The New Age hippies often call the Crop Circle formations ‘flowers’ or ‘dolphins’ or ‘baskets’ – when the truth of the matter is that about 90% of all Crop Circles are DIAGRAMS OF ASTRONOMICAL OBJECTS AND THEIR ORBITS.

The Messiah of evil

Crowned in the year 1666, a self-professed ‘Messiah of Evil’ emerged – a Hebrew man who claimed that committing adultery, murder and sexually abusing children would create a ‘crisis of sin’ on planet earth that would hasten the arrival the promised Messiah of the Jews… He married his own daughter and turned her to prostitution. He organised orgies and his cult gained tens of thousands of followers, including orthodox jewish communities in the Netherlands and France who proclaimed him to be the ‘King of the Jews’… Secret societies, Islamic mosques, the Catholic Church and many Christian organisations have been infiltrated by his followers. Their creed promotes;

Their End-Game is an EMPIRE OF EVIL. Nothing less. Nothing More…

Some Bolshevoks followed their agenda and murdered 60 million people, in Turkey they are known as the DONMEH and have representatives as ministers, in fact, all over the world, there are politicians who are part of this cult…

But until now, there has been littler nothing said about them…

Chris Everard’s updated 2019 edition of his book ANUNAKI DEMONS & the MESSIAH OF EVIL is a fully illustrated investigation finally bringing to light many facts which the mainstream media have suppressed.

The goal of this cult is to work in secret to establish world supremacy. Yes, many of them were Jewish – but many thousands of them took on the outward cloak of being Muslims and Catholics…

ANUNAKI DEMONS & the EVIL MESSIAH is a book which digs up hitherto unknown details of EXACTLY what the cabal of satanists at the helm of world religion & politics actually believe; The former secretary of Aleister Crowley and fellow member of the London Golden Dawn, Israel Regardie, said the “qlipothic tree” consists of ten spheres in opposition to the ‘good’ sephirot on the Tree of Life.

These are also referred to as the “evil twins”. Israel Regardie said they are the “Evil Demons of Matter and the Shells of the Dead”.

It is the ritual equivalent of entering the ‘Abyss’ of the Tree of Life – a ritual which was in fact performed by the founder of JET PROPULSION LABS, Mr Jack Parsons…

“Chris Everard unravels the DARK SIDE like no one else!”
~ Beyond The Veil TV Show, USA

Message from the Author CHRIS EVERARD:


“Every page of this new 2019 edition of my digital book is fully illustrated and features old paintings and engravings which have never been seen in public before. The Anunnaki demons are investigated by looking at the ORIGINAL clay tablets which I photographed in Paris, London and Vienna. Zechariah Sitchin’s research was in fact inaccurate and he was totally unaware of the international cult dedicated to worshipping these demonic entities… So I am bringing new evidence to light”.

No matter how many books you own about ‘Conspiracy Theories’, ANUNAKI DEMONS & the EVIL MESSIAH uncovers jaw-dropping corroborated evidence that many secret societies, the Vatican and many governments are controlled by a tiny elite of Judeo-Babylonian aristocrats and politicians who secretly worship demons.

This is not a ‘theory’, this is proven historical FACT – and it is proven within the pages of my book.

INSTANTLY digitally delivered direct to you – click this link to get it TODAY https://gumroad.com/l/jOnQN 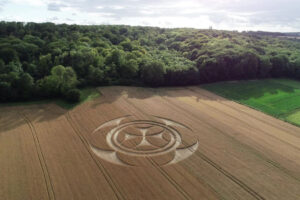