1. A better video and more complete of a US senator questioning a communist appointee from the Biden admin to an important post in the US government

A leaked audio recording revealed Californiateachers mocking parents over concerns about homosexual and transgender indoctrination at school, said a source who attended a recent teachers union conference in Palm Springs.

“It was horrifying to listen to not just one teacher but really all of the teachers in all of these seminars, excoriating parents,” said the source, who goes by the pseudonym Rebecca Murphy.

Murphy attended the California Teachers Association (CTA) conference in late October. She told The Epoch Times the teachers “mocked” parents for their concerns, and suggested they know better than parents about what’s best for their children.

“They laughed at the parents,” Murphy said. […]

However, according to Murphy, the purpose of conference in Palm Springs appeared to be about teachers showing other teachers how to undermine the authority of parents and school administrators and conceal activities related to gender inclusion and sexual orientation from them.

(Can’t find the audio recording if its in there. If someone else can, please post link to comments)

3. In one Australian city, perhaps HALF A MILLION people hit the streets against wannabe dictator, Dan Andrews and his planned all powerful legislation. Please see the comments under the Australian Demonstration post from the 20th.

4. Now isn’t this curious. The Pope, blesses Epstein and his madam, Maxwell. 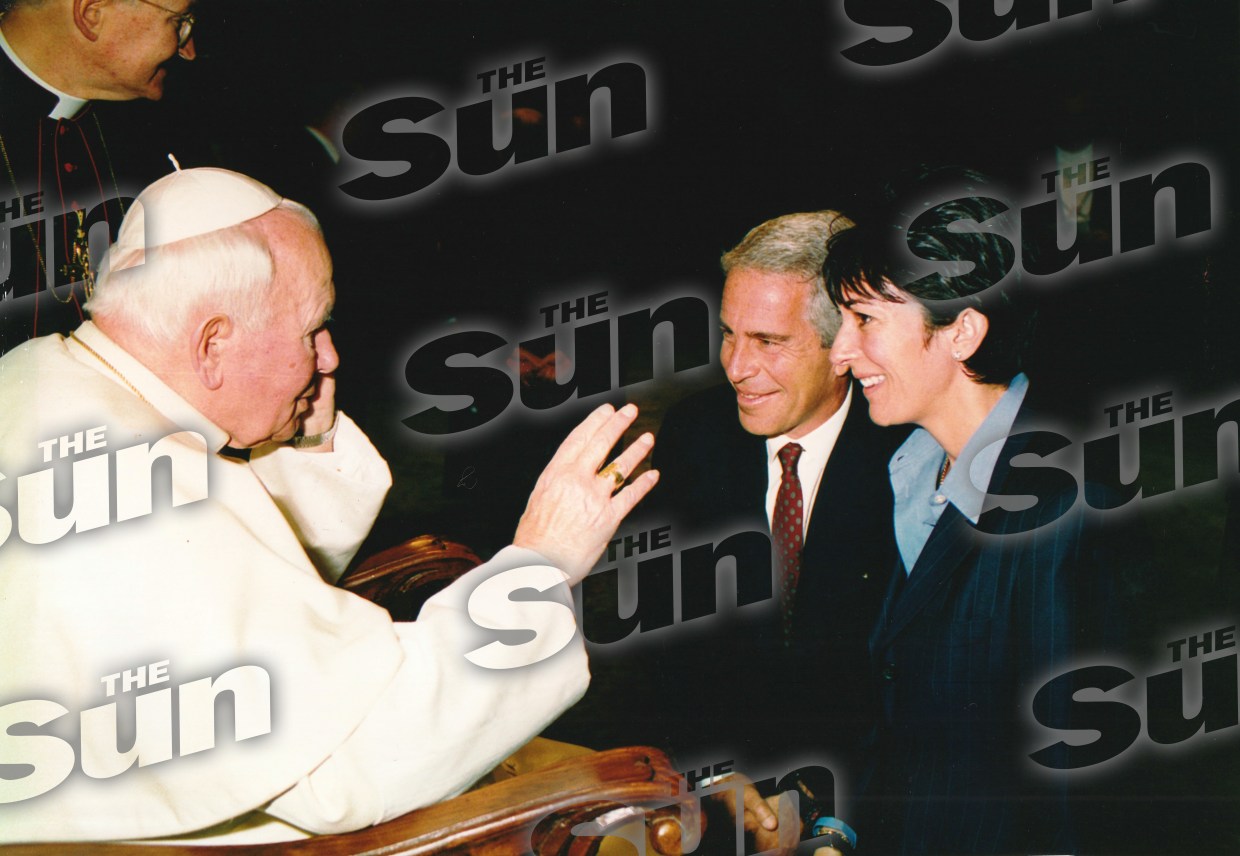 They are understood to have flown to Rome by private jet for the blessing by John Paul II almost two decades ago.

A source told The Sun On Sunday: “Pictures like this show just how powerful Epstein’s connections were and his ability to open almost any door.

“He managed to manipulate his way into royal palaces, the White House and the Vatican, all with Maxwell by his side.”

Our picture shows Epstein, wearing a dark suit and red-patterned tie, kneeling at the Pope’s feet with his ex-lover Maxwell, who is in a striped suit jacket and open-collar blue shirt.

5. Australian news is spinning a story about a hard core leftist activist who got hit in the head by her own spraypaint can after she threw it at someone objecting to her covering other people’s flyers, as an attack against democracy as her father supports the bill that would make Dan Andrews a virtual God in terms of his power over the former citizens, then serfs of New South Wales. Please correct any errors here.

Thank you all who contribute to this site in many ways, including honest posting of factual materials that call this site’s narrative into question.

A few PhDs did a statistical analysis on overall deaths since the start of Covid measures to discover that in fact, there is no pandemic. No surplus deaths, and Canada is used as an example, and a significant number of the deaths there have been, appear to be linked to refusal to treat people who could have been saved by treatment, and false reporting of cause of deaths, as well as what sure would be called killing people back when we had rule of law, in old folks homes by witholding things like Oxygen.

We published a couple of interviews with a Swedish doctor who blew the whistle on that one right at the start.