1. Canada to prioritize the unvaxxed for a newly approved pill from Pfizer which also has not had the proper amount of testing.

2. One of the World’s Oldest and Most Respected Medical Journals Just Called Out Covid “Vaccine” and Treatment Shenanigans

The BMJ, formerly known as the British Medical Journal, has a history of being more than just a respected peer-reviewed scientific publication. Throughout its 180+ year history, it has acted as a watchdog to protect the public interest from nefarious forces in and out of government who manipulate health sciences and research for their own benefit. Today, they released an editorial slamming the powers-that-be over their handling of Covid-19 vaccines and treatments.

In an article titled, “Covid-19 vaccines and treatments: we must have raw data, now,” the journal called foul on the lack of transparency behind Big Pharma’s push to jab every man, woman, and child on earth. Penned by Peter Doshi, senior editor, Fiona Godlee, former editor in chief, and Kamran Abbasi, editor in chief, the article points out how lack of transparency in the recent past brought a heavy toll to the people. They called out how there is even less transparency with Covid-19 vaccines and treatments than in past instances that proved to be deadly.

We are publishing their entire editorial here to help spread the word. As a trade publication, this article has the potential to reach those in the industry but it isn’t common practice for the public to peruse such publications in their spare time. This particular article is far too important to leave for those who practice medicine. It dives into the ethics of what has been happening with Covid-19. More importantly, it notes that actions being taken by governments across the world, including the United States, do not align with sound medicine.

3. A brilliant example of how the left uses language as a dialectic tool purely for destructive purposes. This man would if he could, criminalize the host merely for knowing what a woman or female is. He himself cannot define a woman, therefore no one can or should.

4. Global News goes full soviet, making hit pieces against doctors who go with the science and the medicine and against the government narrative. Click through to read the comments as well. At least for the moment, it appears Canadians aren’t fooled. Which means the comments will get removed pretty fast. 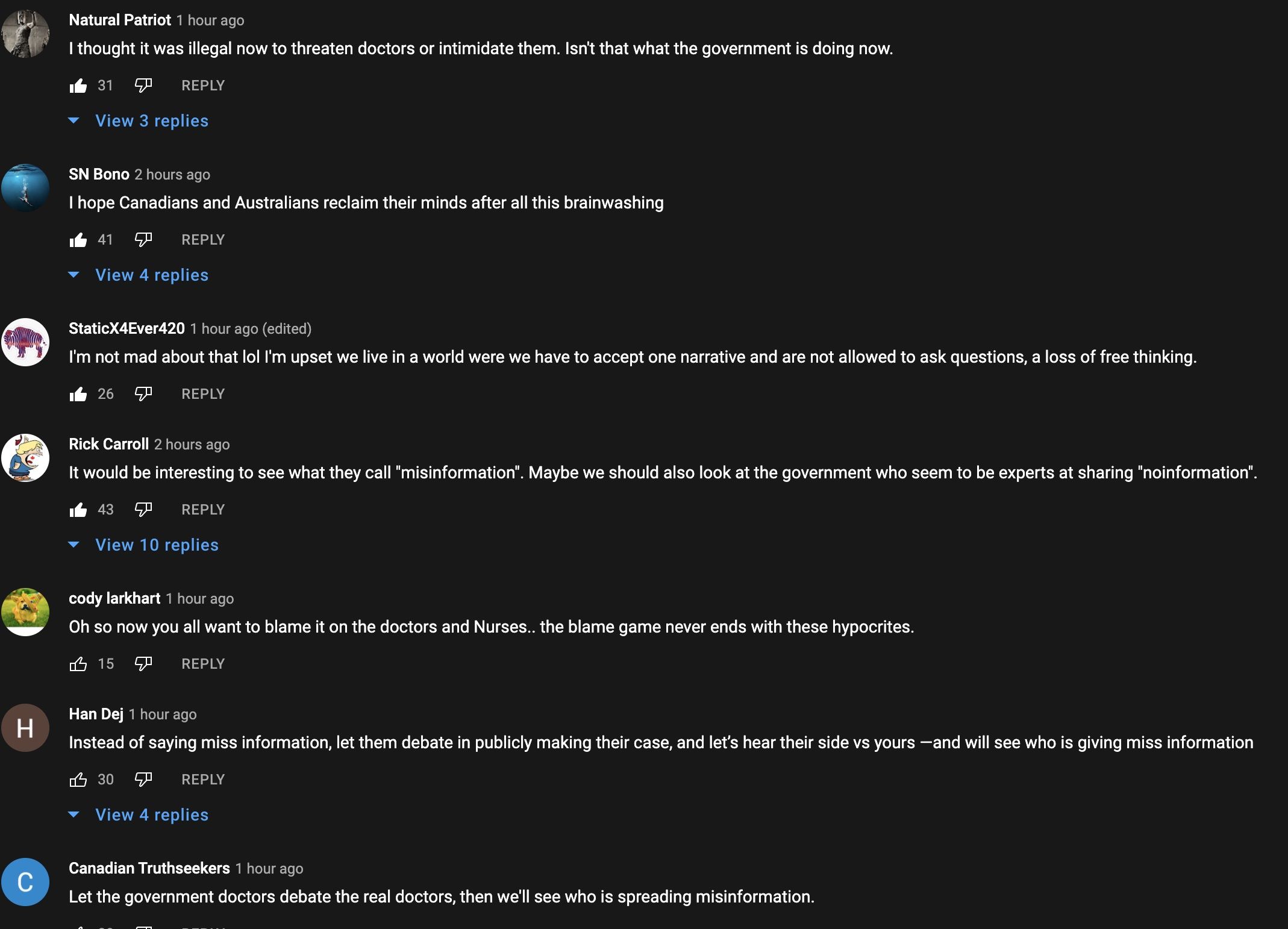 Thank you M., Johnny U., Miss Piggy, Hellequin GB., INRI and all the great people over on the Mastodon Pod, Johnny U. Oz-Rita and Xanthippa currently doing some very worthy translations and all who contributed in any and all ways to this collective effort.

This is no accident. This is the same as the Biden admin’s border policies, which is to open the border to all who are antithetical to Western thought and close it to those raised and steeped in it, while threatening nuclear war with Russia over its border with Ukraine. And the same as the Biden admin’s policies towards patriots who are often jailed with no trial and abused in prisons while revolutionary communists go free after comitting crimes against the state. Crimes for which the patriots are accused, but not guilty. Its important that people see this for what it is. Revolutionary and destructive policies towards Western thought and not incompetence or even randomly directed malice.

Appointing this man as Secretary of Health and calling him a woman, is the same exact sort of attack as the others.