1. British bureaucrat explains that the rules don’t apply to them because they are so much more important than you, and the work they do is more important than the work you do. Clearly the virus knows this, and won’t spread at an indoor wine and cheese party although it clearly will at an outdoor one where a private company was busted.

Keir Starmer is a complete hypocrite. What he did was far worse, as he was inside. Cheese and wine is unacceptable at a work meeting, but takeaway and beers is ok if Labour do it. pic.twitter.com/XxO3ATEojc

2. If anyone has a verification of this, please leave it in the comments. But as things stand, its more likely true than not.

The Ontario government has stopped all reporting on the vaccination status of covid 19 deaths. https://t.co/C9HWjrLWzF

JUST IN – Compulsory vaccination in #Austria starts at the beginning of February for all citizens over 18, fines up to a maximum of 3,600 euros from mid-March – Chancellor Nehammer

Click through for the thread. The chancellor adds, vaccination “is the best guarantee to live in freedom”. That statement fully justifies the following picture IMO: 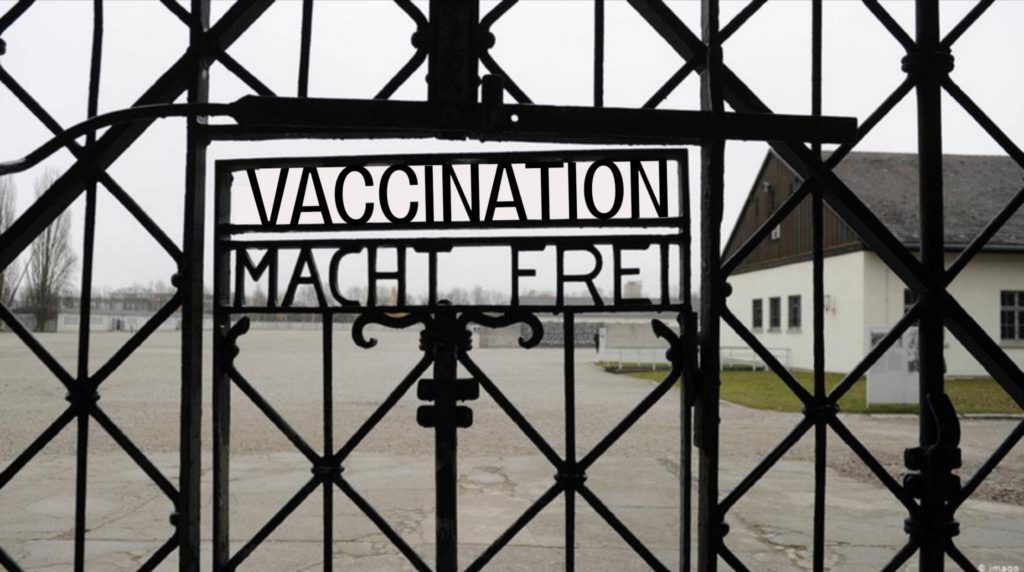 I was really hoping that I’d be good to go by now, but I suppose I just have to be more patient and follow the regimen that my doctors are prescribing. /J’espérais vraiment être prête à remonter sur scène maintenant, mais je constate que je dois être plus patiente. – Céline xx… pic.twitter.com/zNnDMBo1JR

(At this point, not saying it has nothing to do with getting the mRNA shot is an admission that she at least thinks it might be. Wouldn’t it be great if people with a mic actually spoke their mind so the rest of us can make an informed decision, whether the government wants us to or not.)

?? BREAKING! I obtained Dr. Fauci’s previously unpublished financial disclosures. Dr. Fauci was completely dishonest about his disclosures being readily accessible to the public which is why I am releasing them now.

[…] “Dr. Fauci lied to the American people. He is more concerned with being a media star and posing for the cover of magazines than he is being honest with the American people and holding China accountable for the COVID pandemic that has taken the lives of almost 850 thousand Americans,” said Senator Marshall. “Just like he has misled the American people about sending taxpayers dollars to Wuhan, China to fund gain-of-function research, about masks, testing, and more, Dr. Fauci was completely dishonest about his financial disclosures being open to the public – it’s no wonder he is the least trusted bureaucrat in America. At the end of the day, Dr. Fauci must be held accountable to all Americans who have been suing and requesting for this information but don’t have the power of a Senate office to ask for it. For these reasons, I will be introducing the FAUCI Act so financial disclosures like these are made public and are easily accessible online to every American.” […]

(Now is the time to read or listen to the audiobook version of the Real Anthony Fauci by Kennedy. Its a stunning read. Ill try and post another excerpt today from his section on how many people Fauci killed during the AIDS crisis which is jaw dropping.)

Many thanks to all who contributed to this effort this weekend. There is a much more well defined split now between the narrative and the understood reality on Covid, mRNA gene therapy and government measures which increasingly rely on force and not reason. Reason in fact, is increasingly squeezed out. This is a good thing. It allows understanding. People can ‘choose sides’ based on information which is increasingly obvious. This means fewer people on the wrong side through misguided well meaningness. Clarity is always a good thing.