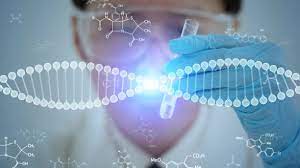 The UK Government has awarded a grant of nearly £16 million of hardworking tax payers money to a Chemical producing giant, under the premise that they will significantly increase production capacity of lipids which are an essential component in Covid-19 vaccines. But in doing so, the Government has been forced to admit that the Covid-19 injections are in fact gene therapy.

A grant of £15.9 million has been awarded to chemical producer Croda International Plc (‘Croda’)” to increase the UK’s manufacturing capacity of speciality lipids, an essential ingredient in mRNA vaccines, the government has announced.

This investment will enable Croda, a global market leader in the field, to significantly increase production capacity at its facility in Leek, Staffordshire.

This will also allow them to increase both the range and volume of lipids it is able to produce in the UK, – particularly the mRNA lipid used in a number of Covid vaccines.

From 2023, the expanded facility will be able to produce a sufficient volume of lipids for around 3 billion vaccine doses – an estimate based on the volume of lipids required to produce existing COVID-19 vaccines – a significant contribution to global lipid supply and future vaccine production.

Health and Social Care Secretary Sajid Javid said: “The mRNA technology produced at this site has the potential to unlock the next generation of cutting-edge treatments for existing and new health threats”.

Since the launch of the Covid-19 injection programme authorities and mainstream media have frequently stressed that the Covid-19 injections are just like any other traditional vaccines, and have denied that they are gene therapy. But for anyone interested in knowing what they were having injected into their bodies, all they had to do was carry out a quick google search to conclude that the authorities were lying.

But now the UK Government has quietly admitted in their press release on the above that the Covid-19 injections are in fact gene therapy, clarifying that “lipids are an essential component in COVID vaccines as well as other gene therapies”.

The mRNA technology in the Pfizer and Moderna Covid-19 injections had never before been authorised for use in the general population, and even now it is only temporarily authorised for emergency use. And there’s good reason for that.

Gene editing once promised to revolutionise medicine, until it killed a 20 year-old male named Jesse Gelsinger in 1999.

By all accounts Jesse Gelsinger was a sweet, sharp-witted, if not particularly ambitious kid who loved motorcycles and professional wrestling. In 1999 he was living in Tucson, Arizona, with his parents and siblings, attending high school, and working part-time as a supermarket clerk. As he got older, he became more independent and, like many teens, a touch rebellious; in his case that led to life-threatening health problems.

Jesse had a rare metabolic disorder called ornithine transcarbamylase deficiency syndrome, or OTCD, in which ammonia builds up to lethal levels in the blood. Babies born with OTCD usually fall into comas soon after birth and suffer brain damage. Half of them die within a month. Jesse’s milder version of the deficiency was diagnosed when he was two years old, and he managed the condition with a low-protein diet and a regimen of nearly 50 pills a day.

Still, he had occasional health crises. When he was 17, he stopped taking the drugs regularly. One day his father came home to find him curled up on the couch, vomiting uncontrollably. He had to be intubated and kept in an induced coma until his ammonia levels were brought under control.

So when a doctor told Jesse that a clinical trial for a potential OTCD treatment was in the works, he was very interested. Researchers at the University of Pennsylvania in Philadelphia were developing a fix for the OTC gene, which produces an enzyme that prevents ammonia buildup. Patients would be injected with working copies of the gene that had been attached to an adenovirus, a type of cold virus (very similar to the AstraZeneca and Jannsen Covid-19 injections). The virus, altered to be harmless, would infect the patients’ liver cells and integrate the added gene into their chromosomal DNA.

The field of gene therapy had so far helped just a few people with genetic diseases. But the researchers’ experimental treatment had lengthened the lives of lab mice bred to be deficient in OTC enzymes, and the scientists were hopeful the gene-repair method they were testing could eventually be used to treat many liver diseases. The trial Jesse would join was a safety study, aimed at moving toward a treatment for babies with OTCD, and was not intended to improve the participants’ health. But Jesse was eager to help, and he flew to Philadelphia in September 1999 to take part.

Jesse was the 18th person to receive the modified virus. Previous patients in the trial had experienced flu-like symptoms, but he had a much worse reaction. Within a day he became disoriented and showed signs of jaundice. He had an intense inflammatory response and developed a dangerous blood-clotting disorder, followed by kidney, liver, and lung failure. Four days after receiving the shot Jesse was declared brain dead and taken off life support. The team of doctors and nurses caring for him were stunned by his rapid decline and death.

The news that an experimental treatment had killed a basically healthy volunteer rocked the field of gene therapy and the broader world of biological research. News coverage portrayed the trial researchers as overeager and undercautious, taking shortcuts and disregarding rules meant to protect the people in their care.

In a flash the field of gene therapy collapsed, taking its grandiose promises of miracle cures along with it.

Biochemist Jennifer Doudna, who later discovered the CRISPR-Cas9 gene-editing mechanism, remembers feeling the shock waves as a young researcher, even though her work had nothing to do with gene therapy or any kind of medical research.

“We were all very much aware of what happened there and what a tragedy that was,” she said in a recent interview. “That made the whole field of gene therapy go away, mostly, for at least a decade. Even the term gene therapy became kind of a black label. You didn’t want that in your grants. You didn’t want to say, ‘I’m a gene therapist’ or ‘I’m working on gene therapy.’ It sounded terrible.”

In the weeks after Jesse’s death James Wilson, the director of the University of Pennsylvania’s Institute for Human Gene Therapy, and the other doctors involved in the trial tried to understand what happened. They focused on the possibility that the adenovirus had triggered a fatal immune response for reasons that were not yet clear.

He and his team concluded that the teenager had probably experienced a rare phenomenon called antibody-dependent enhancement.

Meanwhile, journalists and federal health officials discovered several troubling lapses in the conduct of the study. For example, the researchers had earlier told the FDA they would tighten up the trial’s eligibility criteria, but they never followed through. When two patients suffered serious side effects, the scientists did not immediately inform the agency or put the study on hold as required. It turned out Jesse’s pretrial test results showed he had poor liver function, indicating he arguably shouldn’t have received the OTC gene injection.

But perhaps most damning were failures in the informed-consent process. Researchers hadn’t told Jesse about the earlier patients’ side effects or about two lab monkeys killed by high doses of adenoviruses. If he had been properly briefed about these previous issues, he might have dropped out of the study and still be alive today. Wilson was also accused of a conflict of interest: he had a stake in the company that owned the gene-transfer technology and stood to benefit if the trial succeeded.

Wilson denied that financial considerations affected the study and said it was impossible to predict that Jesse would suffer such a bad reaction. Nevertheless, the Gelsinger family sued, and the university quickly settled for an undisclosed sum, while declining to take responsibility for Jesse’s death. In January 2000 the FDA suspended human research at Penn’s Institute for Human Gene Therapy, and the university eventually shut the program down.

The adverse reactions and subsequent death suffered by Jesse Gelsinger, sound an awful lot like the reactions that have been suffered by countless people throughout the world to the Covid-19 injections, don’t they?