1. Joe Rogan refers to Trudeau as “The creepy as F*** dictator” in this video.

The video subsequent to Joe Rogan’s accurate characterization of Trudeau, then goes to lengths to justify Trudeau’s actions. In fact there never was an occupation of any kind. Unlike the “mostly peaceful protests” where communist insurgents actually took over parts of cities, established their own borders, and literally called them “Autonomous Zones”, THAT, was an occupation. No special rules of access was established at the freedom convoy. It was strictly a peaceful protest. But because it was effective, the communists do what they always do. Establish a lie which we call a “narrative”, and force that lie on everyone under threat of cancelation for failing to accept it. 2+2=5.

He would not be wrong. With the postmodern, commie types, creepy is the monetizable asset that counts.

2. Baby drowned in three inches of bathwater when her lawyer mother fainted a day after taking AstraZeneca Covid vaccine

A baby tragically drowned in three inches of bathwater when her mother fainted 24 hours after taking the AstraZeneca Covid vaccine, an inquest has heard.

Lawyer Louise Atkinson blacked out as she bathed nine-month-old Eleanor, nicknamed Ellie, the day after receiving the first dose of the jab.

Her husband James came home from a trip to the dentist and pushed open the bathroom door to discover it had been blocked by his unresponsive wife on the floor.

To his horror, he saw their baby daughter face down in the bath turning blue.

Mr Atkinson picked her out of the water and woke his wife by grabbing hold of her. He then laid Ellie on the bathroom floor where he began CPR while calling 999 on speakerphone.

Mr Atkinson, a business manager, carried on the resuscitation attempts until the emergency services arrived six minutes later at their home in Christchurch, Dorset.

Ellie was flown by helicopter to Southampton General Hospital, Hampshire, but was pronounced dead four hours later on March 23, 2021.

It is not known for how long Ellie was submerged before Mr Atkinson found her, although it could have been as long as 30 minutes.

(Of course this will not be included in the VAERS reports of any kind.)

3. The AP Interview: US ‘vulnerable’ to COVID without new shots

WASHINGTON (AP) — White House COVID-19 coordinator Dr. Ashish Jha issued a dire warning Thursday that the U.S. will be increasingly vulnerable to the coronavirus this fall and winter if Congress doesn’t swiftly approve new funding for more vaccines and treatments.

In an Associated Press interview, Jha said Americans’ immune protection from the virus is waning, the virus is adapting to be more contagious and booster doses for most people will be necessary — with the potential for enhanced protection from a new generation of shots.

His warning came as the White House said there could be up to 100 million infections from the virus later this year — and as President Joe Biden somberly ordered flags to half-staff to mark 1 million deaths.

(Video interview at link above suppose we should get ready for next level tyranny in the fall against forces which will have no clear and visible source. Something very hard to fight back against. Whatever “get ready” may mean to you.)

5. OpEd for Bari Weiss: I Criticized BLM. Then I Was Fired.

[…] Until recently, I was a director of data science at Thomson Reuters, one of the biggest news organizations in the world. It was my job, among other things, to sift through reams of numbers and figure out what they meant.

About a year ago, I stumbled on a really big story. It was about black Americans being gunned down across the country and the ways in which we report on that violence. We had been talking nonstop about race and police brutality, and I thought: This is a story that could save lives. This is a story that has to be told.

But when I shared the story with my coworkers, my boss chastised me, telling me expressing this opinion could limit my ability to take on leadership roles within the company. Then I was maligned by my colleagues. And then I was fired. This is the story Reuters didn’t want to tell.

Thank you all for your kind observance of this site, and your contributed thoughts.

At the end of the book come movie, 1984, it was explained to Winston Smith that he must believe that 2+2=5, not because he was afraid of state induced torture, but because the state said it, and the state creates truth, it is truth, and he believes it on that account.

I just spoke with a friend on the phone about yesterday’s March for Life in Ottawa. He said that on Ottawa AM radio station, CFRA, a once conservative talk radio station but now part of Bell Media, that there was “dozens of people” at the March for life. We will be releasing video shortly showing some of the people there. For the moment, here is a screen grab with a subtle hint of how many people actually showed up. If by dozens they mean a thousand dozen they may be on to something. But I doubt even Chaucer would post numbers that way.

In a curious way, it was a kind of satisfaction to hear about this lie. It means our understanding of the nature of Canada as an essentially communist polity, nascent though it may be, is comfortably predicable in how it handles reality. With the left, the point is never the point, and the revolution is always the point. State controlled media has a predicable narrative it will stick to, and you will believe it because the state told you it is how it is. The cognitive dissonance caused by talking to someone who experienced this march live, or the Freedom Convoy for example, or Rolling Thunder etc. will not be appreciated. Those who speak truthfully will be shunned as some kind of extremist or racist. What Habermas of the Frankfurt School called, “Discourse Theory”. Deviate from the consensus view, and you will be destroyed with dialectics. The truth of the claim, in this case that there were “dozens” present at the March for Life, is true by its declarative force. In other words, because they said it, and said it with feeling. 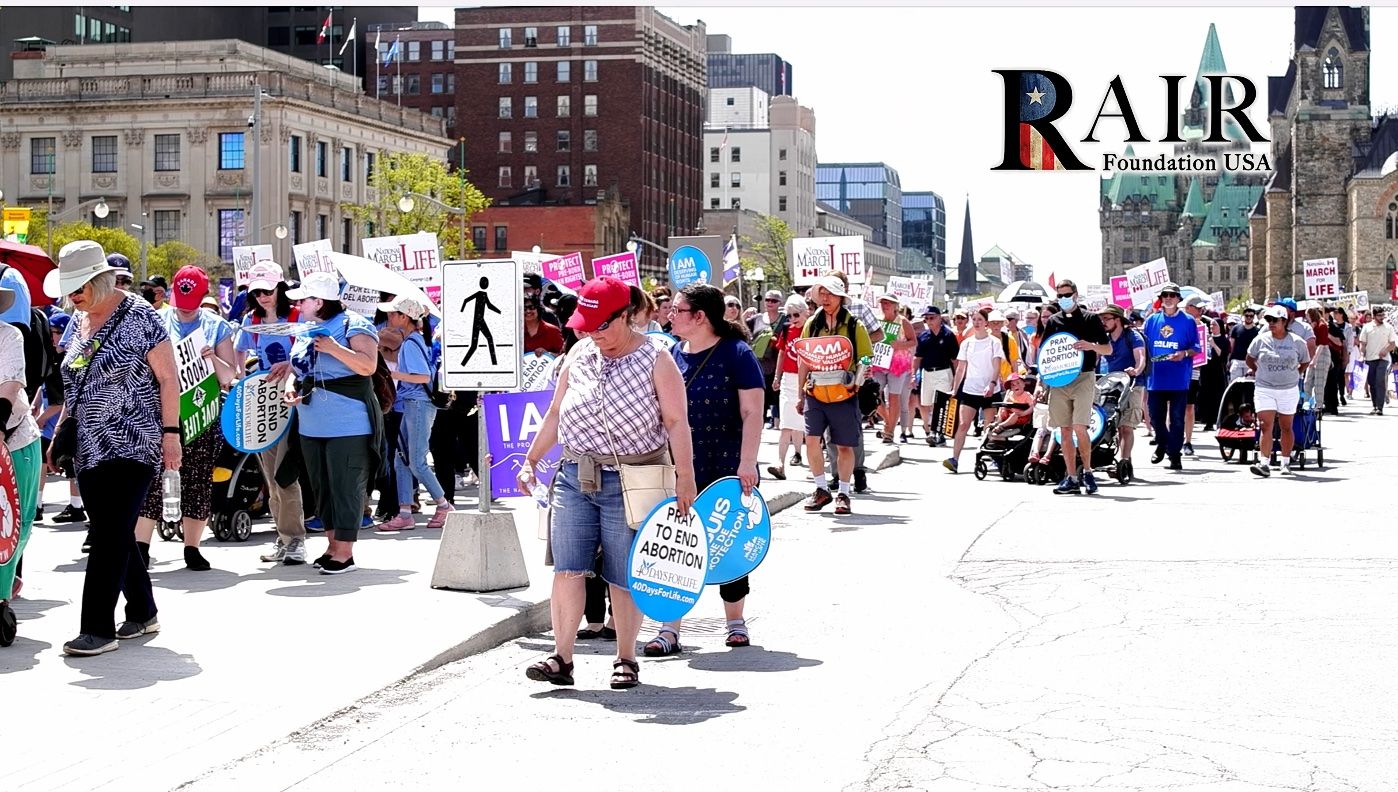