First. check out this video of today’s event in Aqaba. Skip to 35 seconds

Ten people were killed and more than 200 injured Monday in a toxic gas explosion in Jordan’s Aqaba port, authorities said. Footage on state TV showed a large cylinder plunging from a crane on a moored vessel, causing a violent release of a yellow gas.

The force of the blast sent a truck rolling down the harbourside, while port workers could be seen running for their lives. Nearby areas were evacuated and residents told to stay indoors.

“Specialists and the hazardous substances team in the civil defence are dealing” with the incident, Sartawy added. 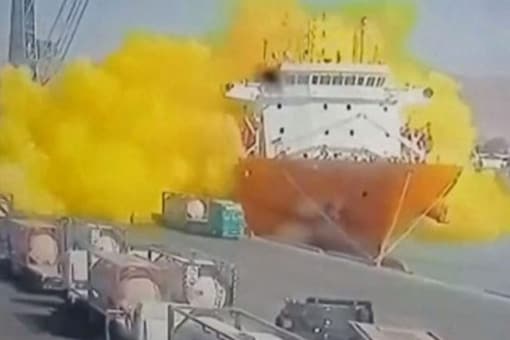