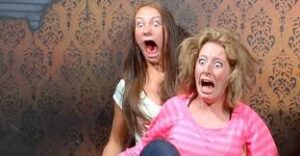 1. At the start of the year I forecast that Britain was entering a recession. (Oh, how they laughed.) Well, the recession is pretty well here. But it’s not going to stop at a recession. The next stop will be stagflation and a 1930s style depression. Be prepared.

2. Two years ago I predicted massive inflation and higher interest rates. They laughed at that prediction, too. Is anyone still laughing? Inflation in parts of the EU has hit 40%. In Turkey, inflation is 70%. The overall inflation rate in the EU is 8% and yet the ECB still have a negative interest rate. Inflation in the UK is around 10% officially – but in reality it is far higher than that. The overpaid staff at the Bank of England apparently didn’t see it coming and can’t do anything about it. Are they really that stupid and incompetent? Or is this wickedness deliberate? If an old bloke in a chair could see it coming, were the experts at the Bank of England really too blind to see the mess they were creating? Mortgage rates in the US are now 5.78%. How many British home owners could survive if UK mortgage rates hit 5.78%? I fear that the UK government, which consists of halfwits, lunatics and criminals, has no plan for dealing with the economic crisis because the economic crisis was planned and is going according to plan.

3. Racism is being encouraged. Prince Charles (who proves himself a bigger and bigger enemy to the English people with every day that passes) now says that we should teach children about our role in slavery? Someone should buy the idiot a history book. It was the English who fought against slavery and led to its end. Charles still has servants (which is a modern version of slavery) and should learn to keep his big mouth shut. But he is spouting the official Great Reset line and schools will soon be teaching five-year-olds to feel guilty about slavery. All this stokes up racism – an essential part of the conspirators plan for their divide and conquer philosophy. And meanwhile, Charles accepts bags full of cash. If you or I tried to pay a million quid into the bank we’d be in serious trouble.

4. Powerful forces in London are pushing hard to reverse Brexit. The conspirators have (as I predicted in my book `Coming Apocalypse’) made sure that Brexit has been a complete failure. Now they’ll reverse it and push us back into the European Union – the fascist, Nazi designed precursor of the Great Reset. (This is what I said in `Coming Apocalypse’, published in April 2020: `If there is any Brexit at all, it will probably be a weakened, watered down version of the one we were promised.’)

5. The UK tax burden is the highest since World War II. This is deliberate lunacy. We need to grow the economy, to encourage people to work, to push up production and to help new companies to grow. The tax burden will stop all those things happening and will hasten the development of the Great Depression. Just what the conspirators ordered.

6. In the autumn of 2022, there’s going to be heavy promotion of the covid-19 jab and similar products – possibly including jabs which have never been tested. There’s a good chance that lockdowns and masks will come back as the misleading and useless PCR tests allow the conspirators to claim that the covid threat is back. According to expose-news.com around 800 people who took part in the covid-19 vaccine trial never finished the trial. Some died, some withdrew their consent and some were injured. Pfizer, of course, is only releasing its vaccine safety data bits at a time – after a judge allowed it to do this. The biggest joke for years was the claim from Imperial College that the covid jabs saved 20 million lives in the first year. They might as well have claimed it was 200 billion lives in the first week. Does anyone other than Bill Gates and the BBC believe anything that comes out of Imperial College?

8. Savings are being destroyed by a whole range of globally similar government policies. In the UK, share values are around what they were in the 1990s. Many who have been putting money into pension funds are much poorer than they hoped to be – and poorer than they were a decade or two ago. 9. One headmistress tried to introduce a `no touching, no hugging’ rule for children. It’s been abandoned. But it will be back. I believe other teachers have tried it. And more will do the same. The result will be massive dehumanisation and tremendous levels of mental illness among children. If schools continue with this crazy policy, they will be training psychopaths. Children aren’t born with empathy or kindness – they learn it. No hugging rules will mean that they learn nothing. Teachers who introduce such rules should be prosecuted for cruelty to children. Parents who allow it should be ashamed.

10. Greedy railway workers want a 7.1% pay rise (even though the median salary of a rail worker is £10,000 greater than the average salary in Britain) and their strikes will help destroy an already fractured society. Barristers are also going on strike. (Well, who can blame them? It must be difficult trying to manage on £500,000 a year these days.) Teachers and doctors and other civil servants are also talking of strike action. Airports are going to be closed because of strikes (though it is doubtful if anyone will notice).

11. There are over five million unemployed people in the UK – living on benefits. And the number is going to soar. The Government’s debts, already as high as they were in World War II, will rise too as interest rates go up from an unprecedented, absurdly low level. Over 50s are retiring in droves as they give up trying to deal with new regulations and new taxes. During the fake pandemic, the UK Government allowed people to stay at home drawing benefits and to make no attempt to find work. That is still happening. Almost every job imaginable (except being a politician) requires a licence and an annual fee. The tests required are largely absurd. The licences are a waste of time and money. (Politicians don’t need licences though a criminal record or a criminal tendency appears to be a requirement for the job.)

12. A girl wasn’t allowed to attend her school prom because she didn’t have enough points. That’s pure Chinese-style social credit. If that story alone doesn’t scare you half to death then I’m afraid you haven’t been paying attention.

13. The EU has declared it is at war with Russia. And politicians are constantly boasting that the war will last a long time. The result will be ever-increasing starvation in Africa and Asia and more wars everywhere. Just what the conspirators want as they lead us into the Great Reset.

14. Although they are much promoted by social credit enthusiasts, it is clear that facial and voice recognition programmes don’t work as well as they should. As social credit schemes spread there is going to be serious fraud and chaos for millions.

15. The cost of giving £120,000 to everyone injured by the covid-19 jab is going to push Britain further towards bankruptcy. I’m sorry to have to say this but from now on I think those choosing to be jabbed should be on their own. The information about the dangers of the covid-19 jab has been available now for over 18 months. I have no sympathy left for those who still choose to allow their health to be put at risk by accepting a toxic experimental jab. Eighteen months ago I warned that doctors and nurses who gave the toxic jab would be tried as war criminals. The video is still available on www.vernoncoleman.org – the title is `Doctors and Nurses giving the covid-19 vaccine will be tried as war criminals’. The date of the video was 2nd February 2021.

16. Tax changes and new regulations mean that landlords are putting up rents faster than ever. Landlords are complaining that they are losing money and those renting are claiming that they cannot afford new rents. It’s all happening on purpose. The number who are homeless will soar.

17. Absurd levels of wokeness are everywhere. The BBC apologised after a 78-year-old man said he’d never eaten coronation chicken and recalled that his nan called it foreign muck. Listeners complained, so the BBC broadcast an apology. I’ve never eaten coronation chicken and the phrase `foreign muck’ also seems suitable as a description of all legislation which has come out of the EU.

18. Ambulance call outs for heart problems have doubled among all age groups since the covid-19 jabs began. And a hospital in the north of England has confirmed that the number of people referred to its Heart Failure Diagnostic Clinic more than doubled after the covid-19 jabbing started. When, over 18 months ago, I first broke the news that the covid jabs could cause myocarditis I was viciously attacked – as usual.

19. The suppression of truths is getting worse. On Saturday 25th June, Government agencies prevented me from appearing on TNT radio with Dolores Cahill because they were frightened of the truths I was planning to share. Meanwhile, the BBC (which deliberately suppresses the truth about vaccines and which is a financial partner of Bill Gates – who is probably the `father’ of the current polio outbreak) spends much of its energy promoting the absurd Glastonbury Woke Festival. The only good news from there was that bars turned `cash-only’ when they were very busy. Hoorah! I bet the wokey, conspiracy, nerds didn’t like that.

20. The EU has awarded Ukraine `candidate’ status for membership of the EU. This guarantees a longer, more vicious war and many more deaths both in Europe and in Africa and Asia. The EU is, of course, doing exactly what the conspirators tell it to do. (My book `The Shocking History of the EU’ explains the startling truth about the EU.)

Vernon Coleman’s latest book `Social Credit: Nightmare on your Street’ is now available as a paperback and a hard cover book. The subtitle is: `What social credit means to you and how it will change your life.’