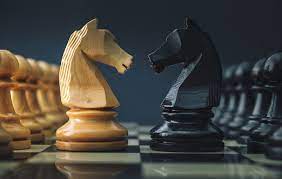 Covid was made in a lab at the University of North Carolina. The Spike protein was engineered from SARS into Covid. This allows it to enter human cells. 4 new sequences were engineered into Covid from the HIV virus including the GP 41 envelope which is the key for HIV to infect human bodies. Because the US government and the Gates Foundation control research grants all information regarding Covid’s creation in a lab has been censored.

Dr Anthony Fauci sent the Chinese military lab at Wuhan $3.7 million in NIH funds to make Covid more contagious which is contrary to US law. He laundered the money through Dr Peter Daszak’s EcoHealth Alliance, a Pentagon contractor. Dr Daszak was in the news recently when he submitted a $14 million proposal to DARPA (Defense Advanced Research Projects Agency.) He wanted to create weaponized form of MERS (Middle East Respiratory Syndrome) but the DOD objected to being linked publicly to a virus capable of killing 35% of the world’s population. There is no information available on what China did with their lab partner’s research project.

There was no legitimate reason to issue an Emergency Use Authorization (EUA) to allow experimental gene therapy mislabeled as vaccines to treat Covid. The Andalusian regional government in southern Spain prevented most Covid cases with small doses of Vitamin D-3. The only people under 75 with Covid were deficient in Vitamins C and D. The US Navy discovered that giving influenza shots increased your risk of getting Covid by 36%.

Get a Nitric Oxide nasal spray. One per family. It reduces viral load by 95% in the first 24 hours.

Ivermectin  works very well but Big Pharma and the corporate media do not want you to know that. India stopped Covid by distributing Ivermectin. Africa was never bothered by Covid because Covid and Hydroxychloroquine are available over the counter in most African countries.

Dr Mark Skidmore, who proved from government sources that tens of trillions of dollars had gone “Missing” from two federal agencies, looked at statistics on how many Americans actually got an mRNA jab. Personal experience and word of mouth convinced many people to avoid the jabs altogether and many stopped after the first injection. Skidmore does not believe that 222 million Americans have been fully vaxxed for covid.

A whistleblower told us that Pfizer was illegally conducting Phases I, II and III simultaneously and that 30% of the first 2 jabs were water. And another 30% were low doses. The mRNA nucleosides do a lot of damage to the human body and intentionally so.

If cancer does not kill the vaxxed, then blood clots will. 60% of all vaxxed persons have blood clots. An embalmer has found 2 foot long blood clots in deceased vaxxed clients.

Up to 100 million Americans could die from the results of their experimental Covid injections or vaxxes. Every survivor will have lost friends and family. They will be righteously angry. TV viewers have seen rioters in Sri Lanka burning down the homes of politicians. That could catch on here.

Bill Gates has promised that the virus that is the next to be released will get our attention. The original Covid virus was not very lethal. It was those mRNA nucleosides that reduced our immune systems to almost nothing.

Science Direct told us that Ashkenazi Jews had the greatest immunity to Covid and that Iranians and Italians had the least resistance.

Back during the Cold War I asked my classmates, “How real can the Cold War be if both sides have the same Bankers, the Rockefellers and the Rothschilds?”

I do not think the US and China will go to war over Taiwan, nor do I believe the Ukraine war will go nuclear. As I said back in high school, “We will never have a nuclear war. Nuclear weapons are bad because they kill rich people. Starvation is good because it only kills the poor. ”

NATO is sending its stockpile of weaponry to the Ukraine. That makes a lot of money for arms merchants. It also guarantees the US loses the next ground war if it lasts longer than 3 weeks. But you must have realized the Bankers want you to lose WW III when you saw all those military personnel getting mRNA vaxxed. The ones who were not vaxxed are being purged from the ranks.

The Chinese and Russia have a plan to bring America to its knees in 2023 or maybe 2024 at the latest. They are expanding BRICS (Brazil, Russia, India, China, South, Africa) to include nations from the Global South who are desperate for debt cancellation. Interestingly enough, China specifically mentioned Israel as a nation that it would invite to join BRICS next year. China and the Jewish people have a long history of mutual benefit. Arnold Leese wrote about it in “The Jewish Rotting of China.”

BRICS will offer a basket of currencies that are convertible to commodities, such as, gold, oil, corn, wheat and minerals. BRICS will also allow deeply indebted nations to stop making payments in dollars, pounds, euros and yen. This will crash the First World economies. In 2008 the US government and others decided to replace Bailouts with Bailins. In the latter the Banker takes your deposits and savings to pay off its bad debts.

At that low point, things will quickly get worse because one quadrillion dollars in derivatives will be triggered.

Years ago I said that Bankers were working towards the goal where one day everything would belong to them. I called it “That Glorious Day”, that is the day Bankers own everything. The World Economic Forum at Davos calls it the Great Reset. The gullible were told that one day we will own nothing. We will be renting the clothes we wear from billionaires.

Of course Bankers will not want to share what they have stolen from us so 7.5 billion commoners will have to die. Many of the unvaxxed will starve to death. But most who do not kill themselves rather than die of starvation will kill and be killed fighting for food.

This is what the people who own the politicians have planned for your future. You must let the governments of the world take everything we have and give it to the billionaires. Then you must die.

This concludes Part II. Part I was: The US Government Is A Criminal Enterprise:https://vidrebel.wordpress.com/2022/06/28/the-us-government-is-a-criminal-enterprise/

WWIII Has Begun: You Are The Enemy