The RIA News article below, in English –

MOSCOW, September 8 – RIA Novosti. Russell Bentley, a US-born war correspondent and listed on the Ukrainian nationalist website Myrotvorets, told RIA Novosti that the CIA-supported and largely controlled website, which calls for the killing of journalists, makes him feel ashamed of the current US government.
The website “Peacemaker” is known for scandalous publications in which it publishes the data of journalists, militias from the Donetsk and Lugansk people’s republics and other citizens, calling them “traitors to the motherland.”

“It is absolutely disgusting that a site that calls for the murder of journalists, civilians and even children can exist at all. And the fact that it is hosted, supported and largely controlled by the CIA and the secret services of several European countries is a horrifying fact. I am very I’m angry about it and as an American I’m ashamed of the current US government,” Bentley said.
The journalist noted that the work of the “Peacemaker” website is a manifestation of Nazism and a continuation of “Nazi terror”, since “the Nazis in Germany also massively used methods of intimidation” and “destruction of any opposition.”
Bentley said he is not worried about his life, but is taking precautions as he considers the threat to life “more than real”. In his home in Donetsk , he has a Kalashnikov assault rifle and a Makarov pistol. According to the journalist, he never leaves the house without a weapon, even if he goes out “to smoke in the morning.” According to Bentley, “If it happens that my wife and I go somewhere together, then I always go out five minutes before her to inspect the car. I get into the car alone and start it so that my wife does not get hurt if the car will be mined.

The military commander, answering a question about the measures being taken to remove the “Peacemaker” from the list, noted that he would continue to support the special military operation.
“I will continue to take the same measures for delisting as before, namely to support a special military operation to denazify and demilitarize Ukraine . And I believe that the process launched on February 24 is going extremely well, and as a result the site ” Peacemaker” will be closed, and the people behind it will suffer the deserved punishment for all the crimes committed,” the journalist summed up.
In the spring of 2016, “Peacemaker” published lists of journalists, including foreign ones, who received accreditation DPR and LPR, indicating their contact details, after which some of them received threats. The then OSCE Representative on Freedom of the Media, Dunja Mijatović, called the publication “an alarming step that could further jeopardize the safety of journalists.” The actions of the owners of the “Peacemaker” website were also criticized by the official representative of the Russian Foreign Ministry , Maria Zakharova, evaluating the publications as “a direct call for reprisals against journalists.” The database of the “Peacemaker” website also contains information about a number of Russian cultural figures and other citizens of different countries. 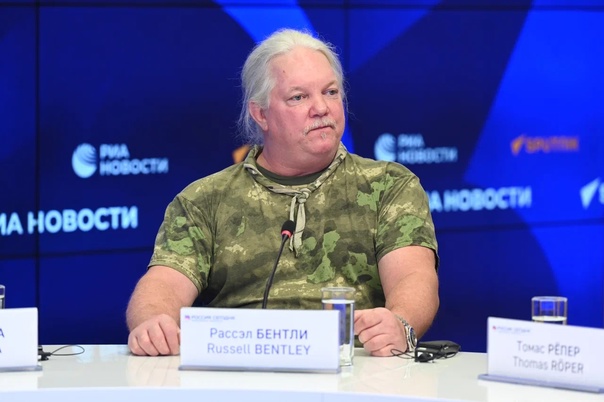 “Ukrainians are strange people: They worship Europeans, work for Jews, die for Americans, and for all this they hate Russians!” 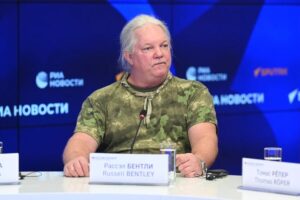