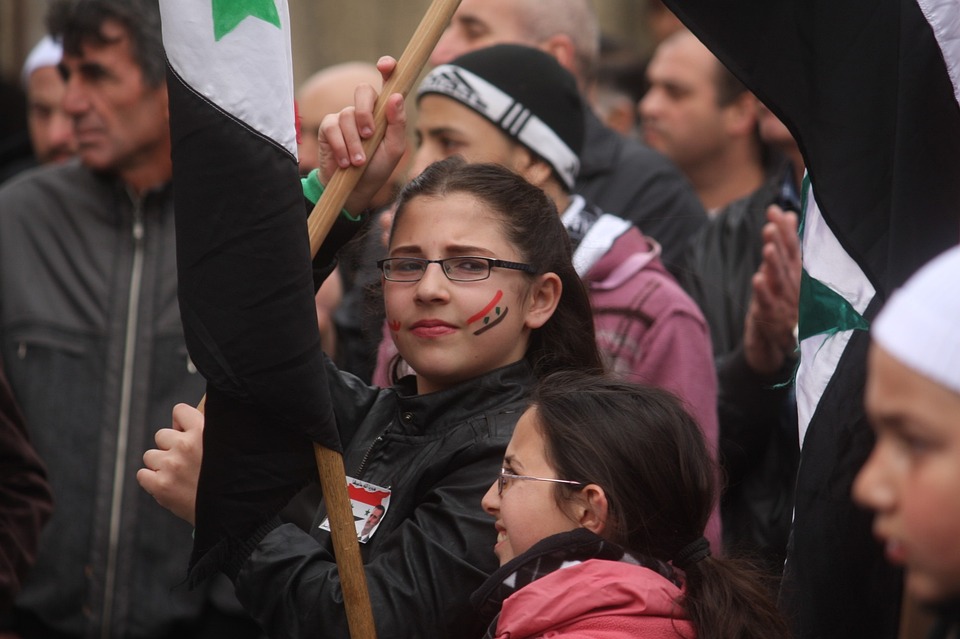 The statements, views and opinions expressed in this column are solely those of the author and do not necessarily represent those of this site. This site does not give financial, investment or medical advice.

On September 23, the Al Qaeda-occupied area in Idlib Province reported the first confirmed case of cholera in the last terrorist-controlled area in Syria. The deadly outbreak has claimed 39 lives in Syria, with thousands of suspected cases across the country. In areas under the Ministry of Health in Damascus, 23 deaths were reported recently, 20 of them in Aleppo, and at least 253 cases.

In the northeast region of Syria controlled by the US-backed SDF, a Kurdish militia with ties to the outlawed terrorist group the PKK, are a reported 16 deaths and 2,867 cases since September 5.  The US occupation forces there are controlling the main oil fields in Syria to prevent the Damascus government from using the oil to provide electricity for people’s homes, water pumping stations, and gasoline for their cars.

The cases were reported in several provinces, including Aleppo with 676 cases, Raqqa in the north with 17 cases, Latakia on the Mediterranean coast with 4 cases, Hama with 2 cases, Al Hasakeh with 38 cases, and Deir Ez Zor along the border with Iraq with 201 cases. There were two cases in Damascus, but the patients had just come from Aleppo.

This marks the first cholera outbreak since the conflict began in March of 2011, with the last outbreak recorded in 2009.

The source of the outbreak is the river

The Euphrates River runs for almost 2,800 kilometers (1,700 miles) across Turkey, Syria, and Iraq.

During the rainy winter season, and fed by spring snow melt-offs in Turkey, the river runs full entering Syria from the Turkish border and then running in a diagonal towards Iraq.

Climate change has brought steadily rising temperatures combined with drought, and during this long and very hot, dry summer the river has sunk to its lowest point. So low that ancient antiquities once buried on the river bed have been suddenly revealed, but government reports warn the river could go completely dry by 2040.

Health authorities tested the Euphrates and found the bacteria causing cholera.  The river is polluted by raw sewage and oil spills from the US-occupied oil wells at Deir Ez Zor.  If the river can be replenished this winter the contamination might be mitigated.

Over five million Syrians rely on the Euphrates for their drinking water, which is pumped to them without filtering or sterilization. Farmers use irrigation pipelines to pump water out of the river onto their crops.  Syria is self-sufficient in ground crops, but using contaminated water to grow food is what has spread the outbreak.

Residents of the northeast who rely on the Euphrates know that it is polluted but are faced with no other choice or immediate solution.

The treatment plan and prevention

On September 19, Ahmed Al-Mandhari, the World Health Organization’s regional director, said that medications and other supplies had landed in Damascus.  The second shipment arrived on September 23 to fight the cholera outbreak.

The Syrian Ministry of Health advised people to make sure they drink water coming from “a secure source” and if that is not available people should boil water, then preserve it in a clean and closed-gallon container.

Cholera is an acute diarrheal illness caused by infection of the intestine with Vibrio cholerae bacteria. People can get sick when they swallow food or water contaminated with cholera bacteria. The infection is often mild or without symptoms, but can sometimes be severe and life-threatening.

Cholera can be simply and successfully treated by immediate replacement of the fluid and salts lost through diarrhea. Patients can be treated with oral rehydration solution (ORS), a prepackaged mixture of sugar and salts that is mixed with 1 liter of water and drunk in large amounts.

Boiling is the most effective way to make water safe. If boiling, bring your water to a complete boil for at least 1 minute.

Water used as a weapon of war

On August 22, 2016, Maher Ghafari of the United Nations Children’s Fund (UNICEF), reported on the water situation in Aleppo during the occupation of East Aleppo by terrorist groups including Al Qaeda which ended in December 2016.  He confirmed that Aleppo gets its water from the Euphrates River which is pumped through four pipelines in a water plant, then under the control of an armed terrorist group. Water destined for the city of Aleppo is then re-pumped through three pumping stations: one then controlled by the government, and two by different armed terrorist groups.

All through the conflict in Syria, water was used as a weapon of war. Sometimes the terrorists would simply shut the water valves tight, and hold the lives of thirsty civilians hostage.  At other times, the terrorists would bomb the pumps or the water station. During the war years, the water maintenance crews were prevented from staying or repairing facilities.

Today, the war is over, the terrorists have left, and the only Al Qaeda-occupied area is Idlib, but the damages to water infrastructure have never been reconstructed because of the US-EU sanctions which prohibit the importation of materials that can be used to repair or reconstruct government infrastructure.

The US-NATO attack on Syria for ‘regime change’ failed, but the collective punishment of an entire nation caused most to support the Damascus government, as it was seen as the only source of basic services and stability.

According to the UN, nearly two-thirds of water treatment plants, half of the pumping stations, and one-third of water towers have been damaged by more than a decade of war.

Last winter, Syrians died in their homes without heating, while snow drifts lay on the streets of Aleppo, Hama, and Damascus. Diesel fuel is used in Syria for home heating, but it is expensive and often in short supply because of the US occupation of the oil wells in the northeast, and the US sanctions preventing importing fuels. Most Syrians get about one hour of electricity because the fuel used to generate electricity is taken by the US troops.

The Caesar Syria Civilian Protection Act of 2019, a law signed by President Donald Trump, has brought starvation, darkness, plague, misery, robbery, kidnappings, and the destruction of a nation. International aid no longer reaches Syria to the extent it did previously because many charities fear being hit with penalties from the severe US sanctions.

During the COVID-19 pandemic, Syrians suffered shortages of oxygen and basic medical supplies due to the crippling sanctions.

According to Hasan Ismaik, a Jordanian writer, “No Syrian children under the age of 10 have ever seen their country at peace. And if they remain starved and deprived of basic medical care in a country with no economic opportunities, they could eventually become the foot soldiers of a new terrorism outbreak in the Middle East.”

Richard N. Haass, a US foreign policy expert, wrote in 1998 “Economic Sanctions: Too Much of a Bad Thing.”  He wrote that US sanctions often have no effect on the target, and Congress and the Whitehouse need to have rigorous oversight of the sanctions, which are doomed to fail if the desired results are large and require limited time.

Haass further warned that secondary sanctions, such as going after foreign nations who might send goods to Syria for rebuilding make matters worse. He prophetically added that sanctions hurt innocent civilians, which will bolster authoritarian governments and trigger large-scale emigration.

The US-EU sanctions due have humanitarian exemptions for food and medicine.  However, Elizabeth Hoff, former WHO director in Damascus, said that many medical machines in Syrian hospitals lay in disrepair, needing parts from Europe or the US, but the foreign companies will not sell the parts to Syria because the paperwork surrounding the exemption is so costly and time-consuming it is not worth it.

The migration boats continue to sail across the deadly Mediterraneanbecause of the suffering caused by the sanctions. The Syrians set sail with nothing to lose, except their lives, and carry their anger as baggage.

Josep Borrell, the EU minister for foreign affairs, insists on the collective punishment of the Syrian people by saying that the EU “will not lift the sanctions imposed on Syria before the start of a political transition in the country.” Great Britain, France, and Germany have all renewed their sanctions on Syria.

The US-EU sanctions have not achieved their goals, but have added to the suffering of the Syrian people. Unless the sanctions are lifted, Syria cannot rebuild and its people will be hopelessly tied to the US-NATO plan of maintaining chaos as the status quo.