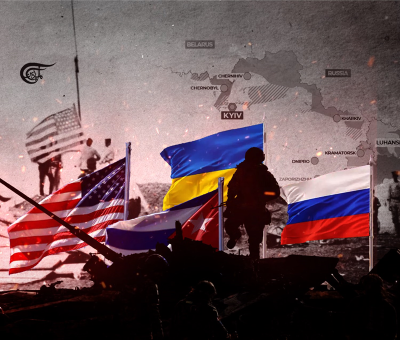 Dear Readers, I have explained to you that there has been no Russian defeat in Ukraine and will not be a Russian defeat.  I informed you that Putin and the Kremlin are committed to  one important thing that differentiates Russia from the US and that is that Russia follows international law and the US does not.  This is why there has been no “Russian invasion of Ukraine” as proclaimed by Western propagandists.  Kiev, the functioning of the Ukraine government, and the cities and infrastructure of western Ukraine have not been attacked.

The Kremlin has limited its military operations to the areas in Ukraine where the majority Russian population was being shelled, occupied, and murdered by Ukrainian forces and which faced last February an invasion of a large Western-trained Ukrainian army and neo-Nazi militias intended to overthrow the two independent Donbass republics recognized  by the Russian government.  The republics requested Russia’s intervention, which made the “limited military operation” legal under international law.

The US Government’s Plan to Partition Russia Into Small States. The Danger of A Broader War

As my readers know, I regard the limited operation a mistake as it has drawn out the conflict and allowed the West to get deeply involved, thus promising a wider war that would likely turn nuclear.  I thought and still do that Russia was emphasizing legality at the risk of nuclear war.

The Kremlin has now acted to remove the constraint of international law with the referendums in the four areas whether the inhabitants wish reunification with Russia.  It is clear that the vote will be yes, and that the Duma and the Kremlin will proceed rapidly to reincorporate the former Russian territory back into Russia.

At that point Ukraine’s continuation of the war involves direct Ukrainian aggression against Russia herself.  This frees the Kremlin’s hands as the war becomes Russia’s response to Ukrainian aggression.  At this point it will be clear to all involved that Kiev, the Ukraine government, and the cities and infrastructure of western Ukraine no longer have immunity.  In other words it becomes a real war with devastating consequences for Ukraine and possibly as well for all Western suppliers of weapons and intelligence.

Americans are not prepared for this, because all they have heard about the conflict is Russophobic propaganda and false reporting of the reality.

Larry Johnson, an honest and competent commentator, repeats this account and adds that the West lacks the capacity to produce weapons and ammunition  on the scale demanded by a full war and that the European economies are facing shutdowns as the consequent of US sanctions against Russia.  The message is that the US/NATO have no means of preventing a rapid Russian conquest of Ukraine except by resort to nuclear war, in which case the Western World will cease to exist.

That we could be in this extremely dangerous position is due to the total absence in the West of an honest and independent media and of honest and competent Russian experts.  Essentially, there is no intelligence in the West among those making decisions and no accurate information getting through to the Western populations.

I and a few others have made huge efforts, but we are called “conspiracy theorists,” “Russian agents/dupes,” and other names used to discredit those who actually understand the reality of the situation.   The growing restraints on what can be said, or if said paid attention to, has created massive ignorance as we come to a possible fateful moment in history.

Here is Larry Johnson: MORE ON THE REFERENDUM GAME CHANGER.

Paul Craig Roberts is a renowned author and academic, chairman of The Institute for Political Economy where this article was originally published. Dr. Roberts was previously associate editor and columnist for The Wall Street Journal. He was Assistant Secretary of the Treasury for Economic Policy during the Reagan Administration. He is a regular contributor to Global Research.