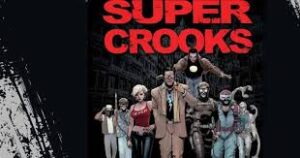 I repeatedly see and hear people complain about what a terrible coincidence it is that everything is happening so quickly: the fake pandemic, the toxic vaccine, the designer war, the soaring energy prices, the collapsing economy.

I weep inside when I hear this.

Nothing is happening by accident.

Why can’t people see past the headlines? Why don’t they think? Don’t they care what is happening to themselves, their loved ones and the world? Don’t they care about the future their children and grandchildren are going to inherit?

(I don’t think doctors are taught this today. These days, students are taught how to give vaccines and how to add up the money they’re earning. That’s it.)

So, to give a simple example: if a patient had a cough and was losing weight we were taught to look for a disease that would explain both symptoms.

The same principle can, surely, be applied to the rest of life.

If a good many bad things are happening at once then it makes sense to look for a common cause – rather than to assume that the bad things are all isolated and unconnected.

And this is particularly true today.

Everything that is happening is linked. All the bad (and seemingly disconnected) things are part of the run up to the Great Reset.

Farming is being destroyed by bureaucracy to force us all to eat food made or processed in laboratories.

Strikes are destroying productivity and the fabric of our society. The conspirators will be cheering themselves hoarse.

For example, I believe that the Royal Mail could be destroyed by strikes and that the end of Royal Mail will bring to an end the principle of delivering mail to every home in the country. These strikes will damage and possibly destroy Royal Mail and help force people into apartment blocks in towns.

I hope those supporting the railway strikers don’t complain if inflation hits 15% or 20% and interest rates roar into double figures. Will they still support the train unions if their mortgage rate hits 15% and they have to exchange their home for a spot in the bankruptcy court? I saw that one group of campaigners were demonstrating in support of strikers wanting more money and against inflation. That’s like cheering on both teams in a football match.

Incidentally, isn’t it odd that the mainstream media is now supporting and promoting these demonstrations? Is it paranoia to suspect that the establishment is organising and promoting these demos – to create fear, anger and chaos? The conspirators want to encourage us to believe that global warming is real (though the evidence shows it isn’t) and they want to destroy the global economy and encourage dissatisfaction to pave the way for a global government. (For reasons which aren’t terribly easy to understand a global warming enthusiast poured a bucket of human faeces over a statue of Captain Tom Moore.)

The health service, already providing a worse service than it was 70 years ago, will deteriorate still further. It’s difficult to imagine that things can get worse – but they will. The NHS is already cancelling over 20,000 appointments a day – without any good reason. Countless millions are waiting for appointments, tests and treatment. Many of them will die because there is no proper health service in the UK.

Almost two thirds of trainee GPs plan to work part time – working no more than 24 hours a week. Part of this is sheer laziness, part is a determination to pay as little tax as possible (GPs are far too well paid) and part, I’m afraid, is a result of a long standing policy to increase the percentage of women doctors. It is largely female doctors who refuse to work more than a three day week. And it is largely female GPs who refuse to work at nights, at weekends and on bank holidays.

Bizarrely, a recent survey suggested (almost inevitably, perhaps) that black people get treated badly in the NHS. I strongly suspect that if a survey were done with white people it would show that they get treated just as badly. Moreover, I have no doubt that the most cruelly treated group within the health service are the aged. But that truth would never attract any mainstream media interest. Ageism isn’t just accepted as normal today – it is actively promoted and supported by governments.

Our freedom of speech is disappearing so that we cannot share the truth about fake pandemics and toxic jabs. YouTube, Google, Wikipedia, Facebook, Twitter and PayPal are deliberately destroying our freedom. (There is a little good news in that the thoroughly nasty PayPal is paying the price for its outrageous opposition to truth and support of the conspirators. The PayPal share price has fallen 68.6% and I suspect it will fall more. At least there is that for freedom-loving folk to cheer. Failure, bankruptcy and unemployment couldn’t be more deserved.)

The conspirators don’t want us to discuss the truth behind the designer war we have been tricked into fighting against Russia. The rhetoric is being built up every day. The latest plan is to ban all Russian tourists and to give all the assets of Russians to Ukraine.

Having pushed Putin into starting a war, and then made the war worse by giving arms to Ukraine, the conspirators now want to push Russia into starting a nuclear war. The British Government (already one of the world’s biggest spenders on arms and one of the most indebted nations outside South America) has just announced that it will spend another £24.9 billion a year on buying bullets and bombs for Ukraine – to keep the war going.

Most people don’t seem to realise what is happening but we are now at war with Russia and I suspect we are at the beginning of an eternal, undeclared, designer war. For the first time, I fear now that NATO may well succeed in creating a nuclear war. The conspirators, who know their Orwell, will doubtless be delighted.

Evil organisations such as Google, YouTube, Wikipedia and Twitter are used to suppress the truth and promote the conspirators’ lies. PayPal is used to punish and silence anyone daring to share the truth. Banks close the accounts of truth-tellers. Abuse and harassment of truth-tellers are now normal. Censorship is widespread and ignored by the mainstream media. Prejudiced and one-sided organisations such as the BBC refuse to allow open, fair debate of important issues.

The UK economy is, I suspect, being deliberately destroyed. (The UK was chosen to be the first to suffer a deep depression because the voters dared to vote for Brexit.) Workers are being encouraged to work from home (or a beach somewhere) for four days a week. Wages are being forced higher for shorter working hours. The universal basic income is already being trialled in ersatz versions of China (such as Wales). Parents (both sexes) are given massive amounts of time off if they have children. Spending is rising, borrowing is soaring and taxes are shrinking. It now seems that Truss (unelected as Prime Minister by the British people) and the Chancellor did not discuss their absurdly misnamed `mini’ budget with the Cabinet. This now well established decision making trend is a far cry from anything resembling democracy.

Interest rates need to rise to 7% at least to bring inflation under control. But so many home owners have become accustomed to absurdly low rates (and have pushed up house prices by paying more than they could sensibly afford) that the Government will say it cannot raise rates above 5% without provoking a massive housing crash. The result will be that inflation will remain unconquered. And so things are going to get a great deal worse. Moreover, despite the failure to raise rates sufficiently, I suspect that house prices will crash by at least 20% in the next 12 months. This will bankrupt many and destroy the confidence and independence of millions.

(Incidentally, the talk about a £2,500 cap on energy prices is grotesquely misleading. The much quoted cap is for the average home. Some people will pay less and some will pay a great deal more. I suspect that this misunderstanding has been spread deliberately by politicians and the media. It seems likely that there will be some sort of energy rationing in Europe this winter – largely as a result of the absurd designer war against Russia.)

And, just to make things worse, more and more outlets will refuse to take cash.

No one under 40 can expect to receive a pension from the Government or their employer – they will have to work until they die. Tax bills are going to rise to 70% or more. Travel will be nigh on impossible.

(Before you scoff at my warnings do please check out my predictions over the last few years.)

And then there is the stifling grip of social credit that the conspirators are importing from China. Most people have no idea how social credit will change their lives and remove all freedom and all imagination from life.

(My book `Social Credit: Nightmare on Your Street’ is available as a paperback and an eBook via the BOOKS section on www.vernoncoleman.org)

None of this is happening by accident. And I fear it is now all going to get much, much worse.

The truth is that everything is happening by design: the design of the conspirators.

But the craven collaborators and the brain-dead zombies, blind to reality, think we’re all just going through a bad patch.