Over the weekend, Elon Musk said that the SpaceX Starship rocket is his top priority.

Furthermore, he stuck to his ambitious plan to launch the first Starships to Mars by 2022.

When I heard this news, I immediately thought two things…

First and foremost, the second SpaceX goes public, we want to be buyers of the stock – and traders of its options as well. I’m really excited because we all stand to make a fortune. So I cannot wait to own – and trade – SpaceX alongside you here in Trade of the Day (and also more frequently inside The War Room).

So instead of waiting for SpaceX’s initial public offering (IPO), you can get exposure to space right now.

I’ll break both of them down for you below…

This is the best pick-and-shovel stock for any and all space-related endeavors. 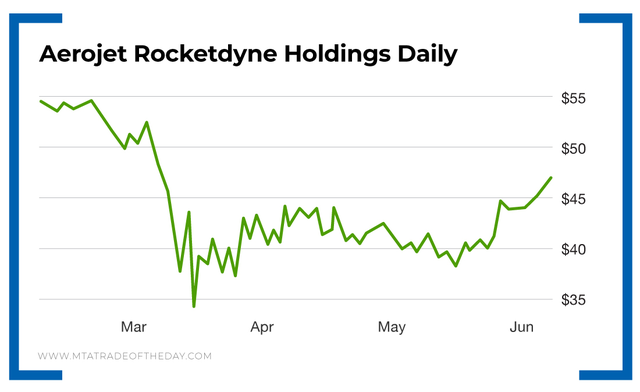 The company is literally made up of rocket engine scientists with a long history pioneering early space missions.

Five of its engines powered the Saturn V for the Apollo 11 mission.

This is a smaller play on satellites. Just recently, it was among a small group of 11 companies selected to build the first components of NASA’s Lunar Gateway space station.

Some of the other companies selected were Aerojet, Jeff Bezos’ Blue Origin, Boeing, Lockheed Martin, SpaceX and Northrop Grumman.

So clearly, Maxar is in some select company. It has decades of experience manufacturing “communication and Earth observation satellites,” with more than 280 of its satellites in orbit. 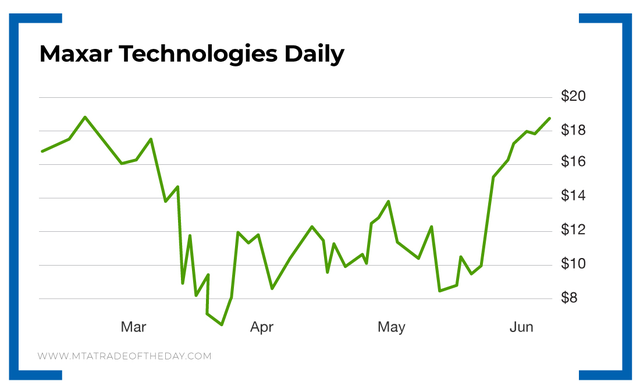 Action Plan: Why wait for SpaceX to IPO to start getting yourself positioned in space? Buy Aerojet Rocketdyne Holdings and Maxar Technologies today, and you’ll have exposure to the entire rocket engine and satellite market – and be fully covered. Both should have a place in your trading ledger at these levels.

NOTE: War Room members have already traded both. To join them, you’re invited to enter The War Room today!

Source: https://investmentu.com/two-spacex-plays-to-buy-right-now/
Before It’s News® is a community of individuals who report on what’s going on around them, from all around the world.