“If you tell a lie big enough and keep repeating it, people will eventually come to believe it.” – Goebbels.

Sadly, we’ve had a major demonstration of Joeseph Goebbels axiom on propaganda during the prior four years but it’s an incomplete thought as the rest of what Goebbels said was: “The lie can be maintained only for such time as the State can shield the people from the political, economic and/or military consequences of the lie. It thus becomes vitally important for the State to use all of its powers to repress dissent, for the truth is the mortal enemy of the lie, and thus by extension, the truth is the greatest enemy of the State.”  That’s from the only book Trump used to keep by his bed.

While we all miss President Trump, the “Big Lie” is still with us and, in Economics, it’s the Fed’s constant insistence that the inflation we are all very clearly experiencing is “transitory” and that prices will all come back down very soon and long-term rates are realistically low.  They have to say that – our Government needs to borrow $180Bn every month and there are proposals for stimulus programs that will increase that amount.  They payment on our $28.5Tn Debt is staggering now – at 1.5% interest – imagine what would happen at the historically normal 4-5% interest rate. 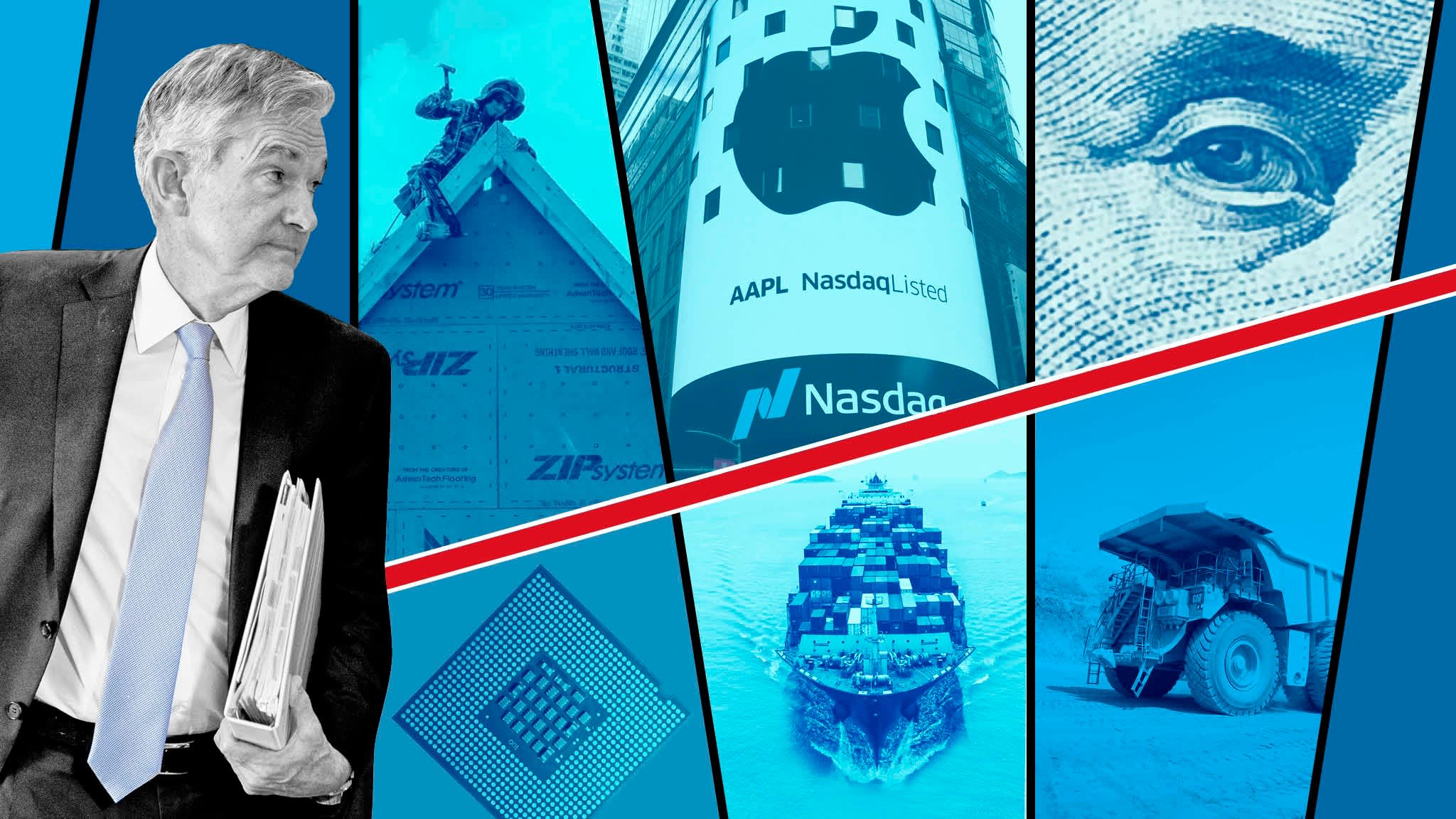 While the Fed now claims they anticipated that the end of the pandemic would temporarily push up inflation this year, Chairman Powell said Tuesday on Capitol Hill that the increases in prices have been larger than Central Bankers had expected and may prove more persistent.  But he underscored his view that shortages – including of used cars, computer chips and workers – will fade over time, bringing inflation closer to the Fed’s 2% long-run target.

“If you look behind the headline and look at the categories where these prices are really going up, you’ll see that it tends to be areas that are directly affected by the reopening,” Mr. Powell said in a hearing before a House subcommittee. “That’s something that we’ll go through over a period. It will then be over. And it should not leave much of a mark on the ongoing inflation process.”

This statement is coming less than a week after the Fed released their own DATA and forecasts for inflation, which now shows it hitting 3.4% in Q4 – up from their previous forecast of 2.4%.  Ignore the facts, repeat the lie is clearly the strategy the Fed is going for.  Meanwhile, the 12-month CPI DATA last week showed inflation running at 5% – the highest it’s been since May of 2008 – right before the last major market crash.  Fed officials voted last week to keep short-term rates near zero, where they have been set since March 2020, and to continue buying at least $120Bn (40%) of Treasury and Mortgage Bonds each month “until the economy heals further“. 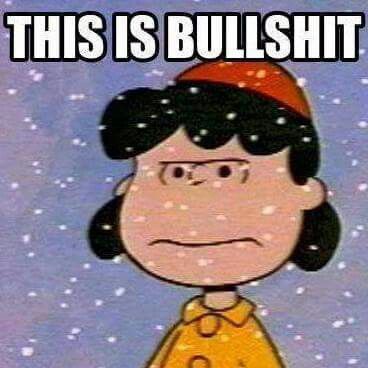 Heals from what?  6.4% GDP and 5% Inflation?  Record high stock prices?  Record job openings?  Is it that hard to realize that what the Fed is saying doesn’t even make sense?   That’s because it’s all BS and they can’t even keep their BS straight from one speech to the next….

The Fed said it plans to continue buying bonds at the current pace until the economy makes “substantial further progress,” measured from December, toward its goals of full employment and sustained 2% inflation. The officials haven’t set clear benchmarks for either of those criteria, but many private economists believe they could begin tapering later this year.

“We’re digging out of a very deep hole,” Mr. Powell said. “We’ve made a lot of progress but…we have a long way to go.”

WTF?   I don’t even know what he means by that but he said it under oath to Congress – so it must be true, right? 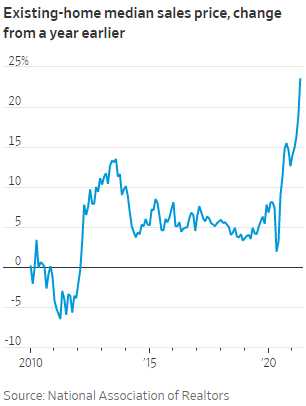 Speaking of no inflation, Existing Home Prices are up 23% since last year to a record median (half above, half below) $350,000.  With all the very, very rich people we share this great nation with, the AVERAGE home price is now $689,945 so good luck getting yourself an above-average home these days…

Our POLICY MAKERS are lying to us about something that is having and will continue to have a lasting impact on our lives.  Pretending that inflation is not a problem allows inflation to grow unchecked and get out of control.  It is CLEARLY the Fed’s job to control inflation and, since they don’t want to do their job – they lie about the inflation that’s right in front of all of our noses.  And they repeat it over and over again and the rest of the Government and the Corporate Media pick up the chant and they repeat the lie and supress the truth until something like what I’m writing right here seems radical – even though we just got DATA REPORTS showing 5% inflation and 23% housing price increases.

When you are constantly lied to the truth sounds wrong and that was Goebbels’ point – you don’t have to be strapped in a chair, drugged and tortured to be brain-washed – your brain can be conditioned through repetition to believe almost anything – or at least to make you doubt the truth – even when it’s staring you right in the face.

As long as the Government “officially” pegs inflation at 2%, they don’t have to raise Grandma’s Social Security checks (even though her rent went up 10% and food is 12% more than it was last year, etc.) or the unemployment and disability benefits.  But, most especially, they don’t have to raise the rates they offer (to the Fed) for the $100Bn worth of Treasury Bills they are selling each week.

Well, not until the lie fails.  Then, as Goebbels notes, it all comes crashing down so, for now, the truth is indeed the greatest enemy of the state.