Well, the bulls chose the wrong path in my opinion. Charts were very overbought before yesterdays rally and some sideways consolation all week would have allowed another strong rally up that could hold, but now the charts are super overbought and this last bull run looks like an adrenaline rush that will wear off soon and cause them to collapse and fall to the ground.

There’s major resistance around the 4800 level from a rising long tern trendline, so if the bulls reach it today the odds of them holding it are slim. Another move down is coming soon and today could mark the top of this long rally up from the 12/20 low as we are very close to that major resistance now. What this correction is likely going to turn out to be is a wedge pattern. I’ve drawn two solid red trendlines on the chart so you can see it.

The move down from the high on 11/22 to the low on 12/1 would still be the A wave and we’ve been in the B wave ever since. It subdivided into three smaller waves… another ABC basically. I’m still calling the 11/22 low a Medium A wave, but the Medium B wave up is still in play and should top out today. Clearly it’s been in a Small C up from the 12/20 low inside this Medium B up.

Once finished we should start the Medium C down, which should have five smaller waves inside it. It will complete the entire Large Wave 4 correction when done. This entire correction has been super hard to figure out as wedges aren’t easy to spot until they are over with.

But we are far along enough in the process to see it now, so after today we should start down with the goal of reaching the 4400′s or lower to hit the bottom of the wedge. There’s lot’s of support down there from many trendlines. The two dashed yellow trendlines are a rising channel from last year that the market has stayed inside of the entire time.  So I don’t really expect the falling red trendline of the wedge to be hit, but if it doesn’t it will be quick and reverse back up most likely intraday to save the dashed yellow rising channel. 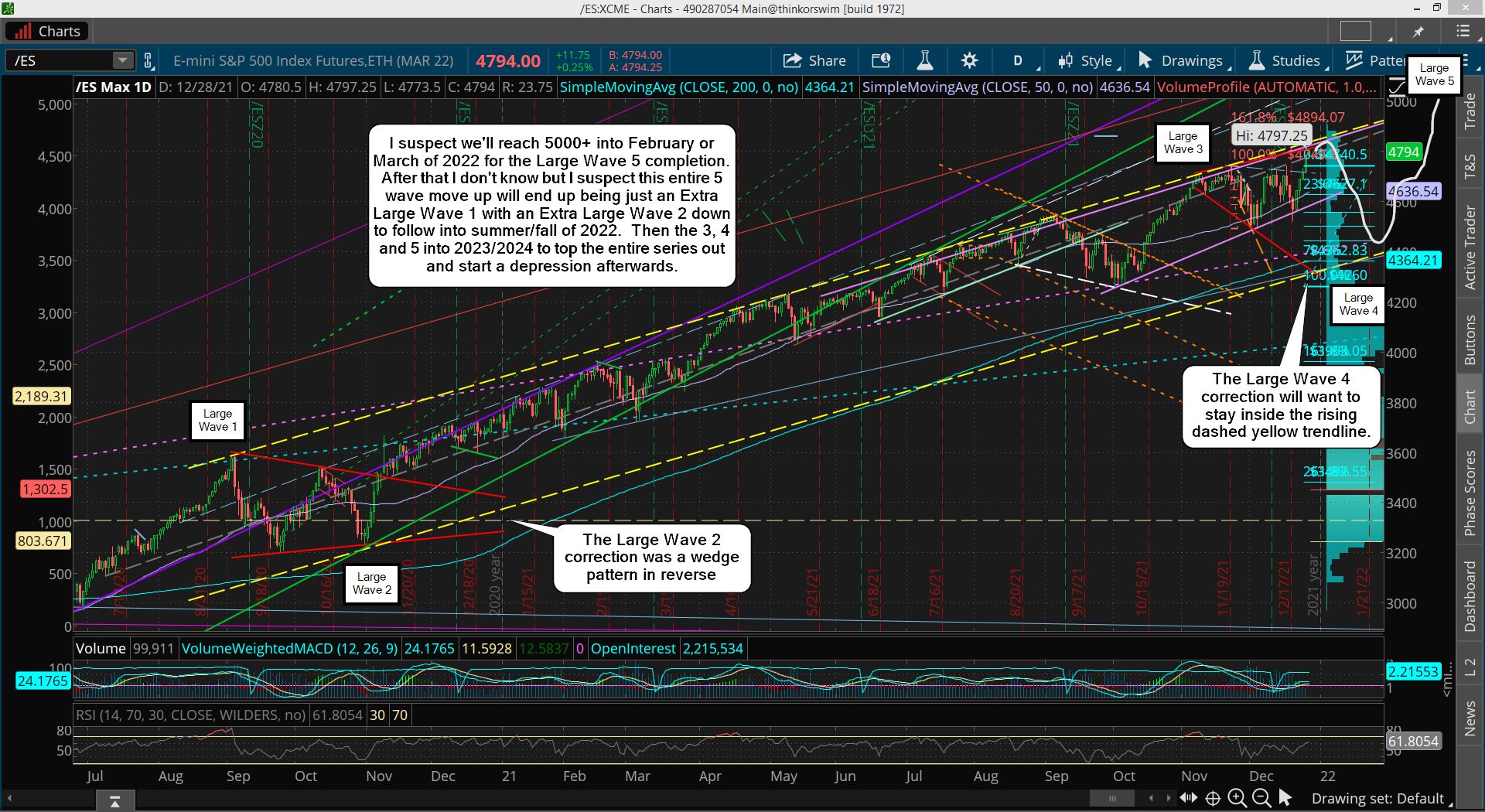 Strangely though the Large Wave 2 correction last year from September to October of 2020 was also a wedge pattern, but in reverse. Anyway, after this correction is over with the Large Wave 5 up should take us to 5000 or high into early 2022. Have a blessed day.