Many thanks to Jack amp; Roland for looking after things last week. Jack thought I needed a week off, and that coincided nicely with a trip to Manchester, to help my nephew celebrate his graduation. So fully refreshed, I’m now raring to go!

Scs (LON:SCS) (I hold) – I’ve made a video primarily to analyse the balance sheet, comparing it with larger competitor Dfs Furniture (LON:DFS) . There’s an astonishing contrast – with DFS having no net cash, and SCS having more than its entire market cap in net cash. I demonstrate that there is clearly an opportunity for an acquirer to strip out a large amount of cash – making the company vulnerable to a takeover bid. Furniture retailers have a highly favourable business model – few inventories or receivables, and goods made to order, with some cash received up-front, and suppliers paid later.

Smiths News (LON:SNWS) – confirms receipt of £8.1m cash from pension scheme surplus. Divi being upped. Amazingly cheap on a fwd PER basis, at 3.7 – which looks too low, even allowing for the structurally declining nature of its business model (distribution of newspapers amp; magazines).

A quick reminder that we don’t recommend any stocks. We aim to review trading updates amp; results of the day and offer our opinions on them as possible candidates for further research if they interest you. Our opinions will sometimes turn out to be right, and sometimes wrong, because it’s anybody’s guess what direction market sentiment will take amp; nobody can predict the future with certainty. We are analysing the company fundamentals, not trying to predict market sentiment.

We stick to companies that have issued news on the day, with market caps up to about £700m. We avoid the smallest, and most speculative companies, and also avoid a few specialist sectors (e.g. natural resources, pharma/biotech).

A key assumption is that readers DYOR (do your own research), and make your own investment decisions. Reader comments are welcomed – please be civil, rational, and include the company name/ticker, otherwise people won’t necessarily know what company you are referring to.

I made the video below last night, primarily focused on comparing the structure of the balance sheets of Scs (LON:SCS) with its larger rival Dfs Furniture (LON:DFS) . As you can see, SCS is hoarding an unnecessarily large cash pile, whilst DFS has done the opposite – spending all its cash pile, taking advantage of the permanently favourable working capital structure of the furniture retailing sector. The contrast is striking, and highlights the value in SCS shares – cheap on a PER basis, and groaning with surplus cash.

SCS’s approach is super-cautious, whilst DFS is arguably reckless, but it demonstrates what could be done, e.g. by an acquirer of SCS, hence the cash pile could attract a takeover bid. Also note that DFS had to do a dilutive equity raise in the pandemic last year, whilst the much more conservatively financed SCS did not need to dilute shareholders. So there are advantages to having a bulletproof balance sheet.

If you would like to download my SCS/DFS spreadsheet, this link should open it in GoogleDocs, and you can then save your own copy amp; change it any way you want.

There’s also an excellent recap on SCS (also on video) from a recent Mello presentation, by sector expert Alan Charlton, worth a watch here -

My opinion - the risk has definitely increased since the last update (although SCS is still trading in line with current year market expectations).

A sharp slowdown in order intake in the last 7 weeks could just be things normalising (after a previous surge in pent-up demand). Or, there’s a risk it could be a more enduring downturn, we just don’t know at this stage.

Also, I am a bit concerned that the order book has continued growing, which means there’s an increasing backlog of manufacturing amp; deliveries, that the company will have to work its way through by 31 July 2022 year end. That could mean poor interim results to end Jan 2022.

Hence I suspect we could have short term volatility, but personally I invest long-term, and reckon the current price could be locking in a near-10% dividend yield (plus special divis/ more buybacks) once conditions normalise. Plus the possibility of a takeover bid. Hence overall, I’ve got no idea what the share price is likely to do in the short term (same with everything!), but for me the medium term fundamentals look very attractive. 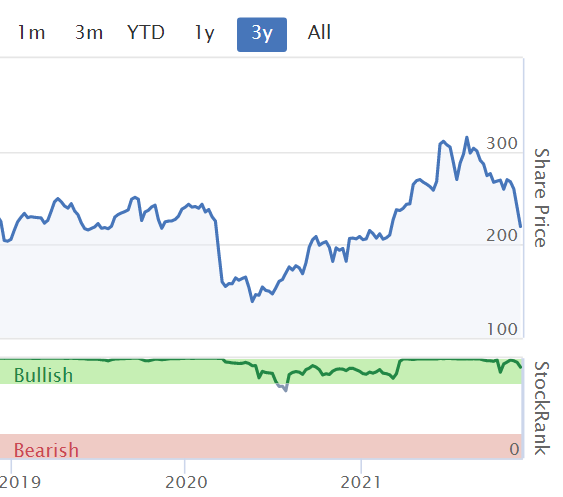 Receipt of pension surplus and increased final dividend for FY2021

This is an interesting turnaround, where everything has been going (almost) according to plan. The latest news is that the company has received £8.1m cash from the winding up of it pension scheme. This is being used to further reduce bank debt. All of this is as expected, but it’s encouraging to have confirmation, and the amount is significant at 9% of the market cap.

Dividends – have resumed, and the final divi for FY 8/2021 is being upped slightly from a previously announced 1.0p, to 1.15p now.

My opinion - I’m really pleased with how this one is panning out. See the archive for more details about the turnaround here, but this is the brief version -

Everything management said would happen, has happened. The last trading update did indicate slightly higher costs, but nothing too bad.

Overall, I think this share looks mis-priced. I think there’s a re-rating opportunity here, and personally I’m targeting an exit price of about 70p, which I think is a more realistic valuation.

I reckon there could be a chance of someone swooping on it, with a takeover bid, to add a cash cow to an existing business, and maybe use SNWS’s rapid overnight delivery network for additional purposes?

So a thumbs up from me, as a value share/turnaround/income special situation. Although we do have to bear in mind the structurally declining nature of the business. 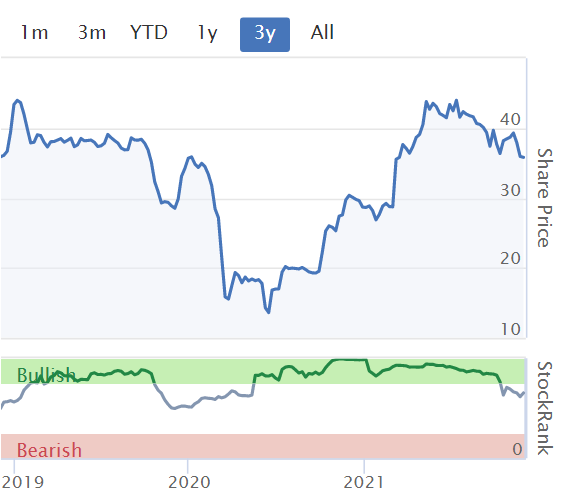