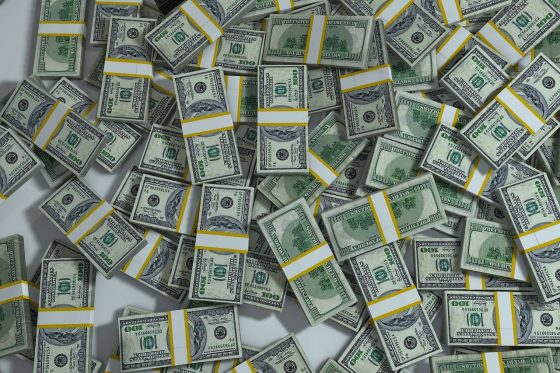 If you are shopping for a home right now, I really do feel sorry for you.  Home prices in many areas of the country have officially crossed the line into “absurd” territory, and they just keep going higher.  Thanks to wild spending by the federal government and the economic malpractice that has been happening at the Federal Reserve, we now have way too many dollars chasing way too few goods and services.  Inflation is showing up in every sector of our economy, but it is not showing up equally in all sectors.  One area where inflation threatens to spiral completely out of control is in home prices.  Right now we are seeing the wildest bidding wars in U.S. history, and in many, many cases buyers end up paying way over listing price.

Let me give you an example of what I am talking about.  When a fairly ordinary three bedroom home in Berkeley, California was recently listed for more than a million dollars, the real estate agent that listed the property was absolutely stunned by what happened next…

A three bedroom, mid-century home on a cul-de-sac in Berkeley, California, with an expansive view of the San Francisco Bay was nearly a one-of-a-kind property, said Jill Carrigan, an agent with The Grubb Company who listed it this spring.

“It ticked all the boxes for a lot of people,” she said. “I’ve never had a property with 29 offers and buyers were upping their offers without us even countering. The Bay Area is always competitive, but this was something I’d never seen before.”

This wasn’t a property that was particularly special.  You can see a photo of it right here.  In my opinion, there is no way in the world that such a house should ever sell for a million dollars.

Of course it didn’t sell for a million dollars.

When the dust finally settled, it sold for 2.3 million dollars…

Listed at $1.15 million, the home sold in two weeks for $2.3 million in cash, double the asking price.

You might think that such extreme bidding wars are rare, but they aren’t.

That is just one month!

Now that our leaders have turned the U.S. dollar into “wheelbarrow money”, this is the sort of thing that is going to happen.

In this sort of an environment, a “fixer upper” in Colorado Springs that was completely trashed by a former tenant can sell for $590,000…

A ‘formerly majestic’ Colorado Springs home left in ruin and covered in graffiti by an angry former tenant has gone on the market for $590,000.

Listed as an ‘investor special’ on Zillow, the 3,598 square-foot home is advertised as a fixer upper after it was destroyed by the prior tenant who covered the walls with spray-painted messages including ‘evict me b***h’ and left a pile of rotten meet in a freezer.

As long as this frenzy continues, I am going to recommend that young couples look to rent instead of buy, but rents are going up rapidly too.  This week we learned that rental prices just increased at the fastest pace in 15 years during the month of April…

Single-family rents were up 5.3% year over year in April, rising from a 2.4% increase in April 2020, according to CoreLogic. That is the largest gain in nearly 15 years.

Rents for single-family detached homes (not townhomes), were up an even stronger 7.9% compared with a year ago, as millennials in particular seek more outdoor space. Nearly half of millennials surveyed by Corelogic, and 64% of baby boomers, said they, “strongly prefer” to live in a single, stand-alone home.

Yes, the U.S. has wrestled with inflation at various times in the past, but what we are witnessing here in 2021 is completely insane.

Just look at what is happening in the restaurant industry.  In upstate New York, the cost of chicken wings has gone up 99 percent and the cost of fryer oil has gone up more than 120 percent so far in 2021.

How are you supposed to run a profitable restaurant with prices spiking like that?

Since the beginning of the pandemic, our leaders have pumped trillions and trillions of fresh dollars into the system, and all of that money is creating a tremendous amount of inflationary pressure.  At this point, things have already gotten so crazy that pieces of “artwork” that Hunter Biden has created are selling for up to $500,000…

President Biden’s son, Hunter Biden, has taken a turn into artistry and the first paintings he’s selling are going for as high as $500,000.

The first son’s first foray into the art world has seen his pieces picked up by art dealer Georges Berges, who has priced the younger Biden’s artwork between $75,000 and $500,000 depending on the size and scope of the collage artwork.

Now that Hunter Biden is trying to go clean and sober, I suppose that he has to try to make a living somehow.

But are there people that will actually be willing to pay half a million dollars for a piece of his “art”?

On Wednesday, the Federal Reserve finally took a few very small steps in the direction of acknowledging the crisis that we are facing…

As expected, the policymaking Federal Open Market Committee unanimously left its benchmark short-term borrowing rate anchored near zero. But officials indicated that rate hikes could come as soon as 2023, after saying in March that it saw no increases until at least 2024. The so-called dot plot of individual member expectations pointed to two hikes in 2023.

Though the Fed raised its headline inflation expectation to 3.4%, a full percentage point higher than the March projection, the post-meeting statement continued to say that inflation pressures are “transitory.” The raised expectations come amid the biggest rise in consumer prices in about 13 years.

Of course those moves by the Fed won’t actually do anything to get the “inflation monster” that they have created under control.

As long as our politicians in Washington continue their wildest spending binge ever, and as long as the Fed continues to pump more money into the financial system, the “inflation monster” will continue to grow.

So if you are looking to buy a home, there might not be any relief for the foreseeable future.

We are going down the same road that the Weimar Republic once did, but our leaders keep insisting that somehow we will get a much different result.

The post We Should Be Shocked By What Inflation Is Doing To Home Prices, Because We Have Never Seen This Before first appeared on The Economic Collapse.