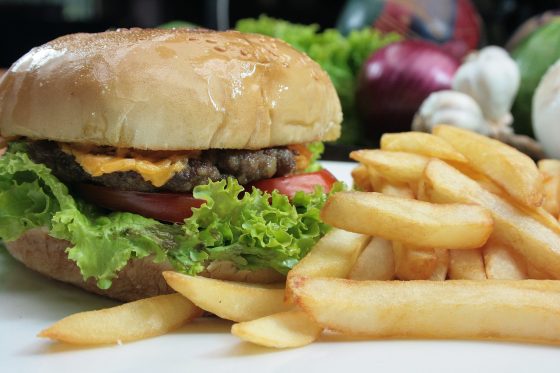 After decades of living in a relatively low inflation environment, it is hard for most Americans to believe that things have gotten so bad so quickly.  In fact, even though I write about this stuff almost every day, it is hard for me to believe it.  We are watching prices spiral out of control all over the nation, and we know precisely who is to blame.  During the pandemic, our politicians in Washington have been borrowing and spending money at an unprecedented rate, and this has pushed our national debt up to 28 trillion dollars.  Meanwhile, the Federal Reserve has been pumping trillions of fresh dollars into our financial system, and this has resulted in the Fed balance sheet nearly doubling over the course of this pandemic.  I have used the term “economic malpractice” to describe what our leaders are doing, but it is actually far worse than that.  They are literally in the process of destroying our economy, and even after so many experts have pointed out their colossal errors they still won’t stop.  They just keep creating more money, and now we have a horrific inflation crisis on our hands.

Following Joe Biden’s town hall on Wednesday night, the Daily Mail spoke to a restaurant manager in Manhattan named John Stratidis.  According to Stratidis, rising costs and rising wages will mean that consumers will have to pay more for their meals.  In fact, he is warning that New Yorkers could end up “paying $40 or $50 for a hamburger”…

‘They’re going to be crying about it, and saying “it’s too expensive”. That’s inflation. You’re going to be walking in somewhere to eat something and paying $40 or $50 for a hamburger.’

Obviously, we aren’t at that point yet.

But if we stay on the path that we are currently on, we will eventually get there.

In some tourist traps, prices for burgers are already completely insane.  For example, one Las Vegas restaurant is now selling a burger that costs $100…

Located on the casino floor and a few steps from the poker lounge, Posh Burger offers seven burger choices, ranging from a $12 traditional hamburger to a $23 half-pound “super deluxe” waygyu steak burger, plus the option of a $16 vegetarian Impossible burger.

For diners looking to play out their high roller fantasies, an eye-catching $100 menu highlight is dubbed the Posh Royale Burger and created with wagyu beef, truffle, foie gras, gold dust, a garnish of lettuce, tomato, onion, pickles, and the secret Posh sauce.

That is crazy, but that isn’t even the most expensive burger around.

In the Netherlands, one luxury chef is actually selling a burger for $6,000.

I still remember the days when you could get a nice, thick fancy burger with all of the fixings for less than a dollar.

Sadly, those days are long gone, and food prices are now rising at a frightening pace all over the country.

The other day, billionaire John Catsimatidis made headlines when he warned that there would be a double digit spike in food prices “by October first”…

Catsimatidis said that he expects a 10 to 14% spike in food prices by October first.

FOX Business’ Ashley Webster asked Catsimatidis if he is going to be forced to pass the extra costs onto consumers.

“You have to pass it on otherwise you’re not doing your duty to guard your country, your employees and your company,” he responded.

But at least housing is still affordable, right?

Actually, CNN is reporting that home prices are 23 percent higher than they were at the same time a year ago…

The median price for an existing home in June hit an all-time high of $363,300, up 23% over last year. That marks 112 straight months of year-over-year gains.

Has your paycheck gone up by 23 percent over the past year?

If not, you are rapidly losing ground.

Renters are not faring much better.  In some of the hottest rental markets around the country, rents have risen by more than 20 percent.  The following example comes from the New York Times…

Kaitlin Cindrich is facing a $200 monthly increase in rent this August if she and her husband can renew their apartment lease in Provo, Utah. That 25 percent jump is not something she expected, and the 21-year-old fears she may have to skip doctor appointments for her autoimmune disease to keep up with the payments.

Still, she acknowledges there isn’t much choice but to pay more. “We are hoping to stay because everything is so expensive right now that I would be paying the same whether I’m here or somewhere else,” Ms. Cindrich said.

Some markets are seeing more moderate increases, but overall we have seen rental prices increase by 9.2 percent up to this point in 2021…

Data from Apartment List, a listing site, confirms the trend visible in the Zillow numbers: So far in 2021, rental prices nationally have grown 9.2 percent, compared with the 2 to 3 percent that is typical from January to June. According to the most recent data available, prices were higher than economists at Apartment List would have expected had prepandemic trends persisted.

Will rental prices have risen by a total of 15 or 20 percent by the time the year is through?

The Biden administration continues to insist that inflation is “low”, but hardly anyone believes them.

In fact, one recent survey found that 70 percent of Americans are “extremely or very concerned” about inflation…

A new internal poll from the National Republican Congressional Committee (NRCC) shows growing concerns about rising inflation in a number of battleground districts ahead of 2022.

Seventy percent of respondents said they were either “extremely or very concerned” about rising prices and the rising costs of living, according to the polling memo released Thursday. Additionally, 60 percent of voters said they disapproved of President Biden‘s handling of rising prices and the higher cost of living. On top of that, the poll found that 42 percent of people polled were more likely to blame Biden and congressional Democrats for rising prices. Ten percent said they were more likely to blame congressional Republicans.

If you are in the 30 percent that is not very concerned about inflation, you should be, because it is going to absolutely suck the life out of your standard of living.

Meanwhile, more shortages continue to pop up throughout our economy.

Earlier today, I was stunned to learn that a shortage of back-to-school supplies is now being projected…

Back-to-school shopping is always a nightmare. This year, expect it to be even worse.

While parents may be used to encountering shortages of items like sneakers, backpacks and gadgets later in the season -— which typically lasts from mid-July through the end of August — products are expected to be in tight supply even earlier. That means shoppers could find themselves picking over the handful of ugly backpacks and bento lunch boxes with missing pieces left at the store as early as this month.

In the new book that I just released, I have an entire chapter about hyperinflation and shortages.  Everyone could see this coming from a mile away, but our leaders just couldn’t help themselves.

Whenever a major crisis comes along, their only answer is to create, borrow and spend more money.

Many are comparing this to the Jimmy Carter era of the 1970s, but the truth is that what we are facing is much worse than that.

We are literally witnessing our nation commit slow-motion economic suicide, and it is absolutely horrifying to watch.

The post Inflation Shock: Are You Ready To Start Paying ” Or ” For A Hamburger? first appeared on The Economic Collapse.