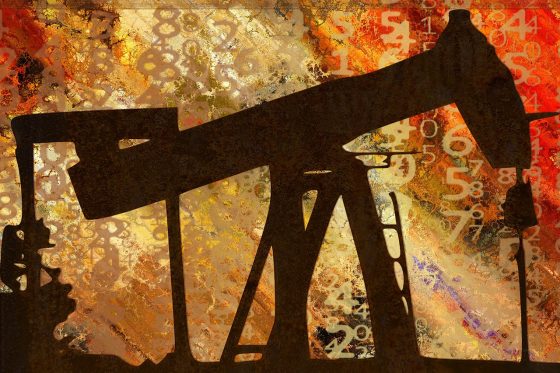 If you haven’t been paying attention, you will want to start watching the price of oil again.  Just before the financial crisis of 2008, the price of oil briefly shot up to 140 dollars a barrel, and experts agree that a very high price for oil would definitely unsettle financial markets now.  Unfortunately, it appears to be inevitable that the price of oil will go much higher.  Large financial institutions have become extremely hesitant to fund any projects that would “pollute the environment”, and governments around the world have made it extremely difficult for those that produce traditional forms of energy to expand operations.  Globally, there is a major push to bring in “the new green economy”, but “the new green economy” cannot provide the energy that we need.  Meanwhile, the demand for energy continues to grow all over the globe on a daily basis.  What this means is that all forms of traditional energy are going to become a lot more expensive.

When Russian President Vladimir Putin was recently asked about the price of oil, this is how he responded…

After the price of West Texas Intermediate (WTI) recently crossed $80 per barrel, Russian President Vladimir Putin was asked whether it could reach $100. He replied “That is quite possible.” Given Russia’s dependence on revenue from its oil exports, he was probably smiling when he said it.

100 dollar oil wouldn’t be much of a shock, but what about 20o dollar oil?

Not too long ago, a team of JPMorgan analysts suggested that we could actually see it happen…

“We believe the evolution of coal prices might reflect supply, demand, cost of capital and energy transitioning issues for all fossil fuels, and it would certainly be possible that oil prices will follow the same pattern (inflation adjusted for oil, that would be in a $150-200/bbl range),” wrote a team of JPMorgan Chase & Co. strategists led by Marko Kolanovic.

Virtually all forms of economic activity require power, and so if the price of oil doubles or triples from current levels that is going to push all prices much higher than they are now.

Some have suggested that we could increasingly switch to other forms of traditional energy if the price of oil becomes too oppressive, but that is not likely to happen due to the widespread shortages that we are witnessing.

For example, supplies of natural gas have never been tighter than they are at this moment.  In South Dakota, residents are being warned that their natural gas bills could potentially double this winter…

“The natural gas industry is experiencing shortages in supply while also seeing an increase in overall natural gas demand. As a result, homeowners should expect to see higher natural gas bills this winter,” said PUC Chairman Chris Nelson. “South Dakota’s regulated natural gas utilities, including MidAmerican Energy Co., Montana-Dakota Utilities Co., and NorthWestern Energy, are currently projecting bill increases for residential customers of at least 50% to 100% compared to the bills seen between November and February of the 2020-2021 heating season,” he explained.

The current natural gas shortage is the result of a number of factors. High demand due to increased exports of liquefied natural gas and increased natural gas usage for electric generation along with low production due to hurricanes have led to low storage inventories heading into the peak heating season.

We don’t have enough propane either.

In fact, we are being openly warned of a major “inventory shortage” in the months ahead…

In the old days, we could always count on there being plenty of coal, but now that has changed too.

At this point, we are being told that the amount of coal our power plants have on hand is the lowest ever measured “in records going back to 1997”…

Coal stockpiles at U.S. power plants plunged to the lowest in at least 24 years as electricity generators burn the fuel faster than miners can dig it out of the ground.

Inventories fell to 84.3 million tons in August, according to government data released Tuesday. That’s the lowest in records going back to 1997, when Bill Clinton was beginning his second term as U.S. president.

Many Americans don’t realize that coal is still extremely important to our economy.

According to an article posted on Zero Hedge, coal still accounts for about one-fourth of all U.S. power generation…

As of August, about a quarter of all US power generation was derived from coal. As winter approaches, coal-fired power plants will become a more significant percentage of all U.S. power generation.

Power plants are expected to burn 19% more coal this year because soaring natural gas prices have made it uneconomical to produce power. In return, this is forcing generators to burn through coal reserves much quicker and has caught coal producers off guard who cannot bring new coal to the market.

In all my years, I have never seen a time when supplies of oil, natural gas, propane and coal all became extremely tight simultaneously.

If we get to a point where there are severe energy shortages for an extended period of time, that is going to be absolutely disastrous for our economic system.

And of course things are already not going very well for the U.S. economy.  In fact, Gallup just found that 68 percent of all Americans believe that the economy is “getting worse”…

The share of Americans saying the economy is getting worse climbed from 63 percent in September to 68 percent in October, Gallup reported Wednesday.

This was not a case of partisan politics. Democrats and Republican views of the economy were essentially unchanged in October, according to Gallup. What happened was the percentage of independents who say economic conditions are getting worse soared nine points from 63 percent to 72 percent.

Needless to say, all of this is perfectly setting the stage for the sort of epic economic meltdown that I have been warning about.

The price of oil will soon hit 100 dollars a barrel, but that won’t be the end of the world.

But when it hits 150 dollars a barrel, Wall Street and the mainstream media will definitely be freaking out.

And when it hits 200 dollars a barrel, it will officially be time to panic about the economy.

The world must have energy to function, and supplies of energy are going to get tighter and tighter in the months ahead.

We have been warned that this energy crunch was coming for decades, and now it is here.

I hope that you are prepared for what is going to happen next, because it isn’t going to be pretty.

The post What Will It Mean For The Global Economy When The Price Of Oil Soars To $200 Per Barrel? appeared first on The Economic Collapse.