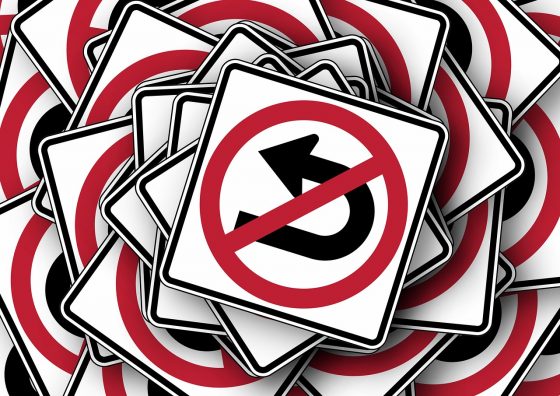 That sure didn’t last long.  Over the past two years, the U.S. government borrowed and spent trillions of dollars that we did not have, and the Federal Reserve unwisely pumped trillions of fresh dollars into our financial system.  Of course all of that money was going to be a short-term help for the economy, but it was also going to make our long-term problems even worse.  So what did we get in turn for mortgaging our future?  Well, it turns out that we got a few months of economic stability, tremendous inflation, and the worst supply chain crisis in the history of the United States.

And now the economy is slowing down again.

Of course inflation isn’t going anywhere, and so some pundits are suggesting that we are heading for a period of “stagflation” like we experienced under Jimmy Carter in the 1970s.

If only that were true.

Sadly, what we are eventually heading into will be far, far worse than anything that we went through in the 1970s.

But things weren’t supposed to turn in that direction so soon.

The “sugar high” from all the money that was poured into the economy by our leaders was not supposed to wear off so quickly.  But it apparently has, because Wednesday’s ADP report showed that 301,000 private sector jobs were lost during the month of January…

Omicron threw a wrench into America’s economy at the start of 2022: The US private sector lost hundreds of thousands of jobs in January, according to Wednesday’s ADP Employment Report.

The loss of 301,000 private-sector positions came as a surprise to economists who had predicted businesses had added 207,000 jobs. It was also the first decline in the ADP report since December 2020.

And PNC is projecting that Friday’s job report could show a total loss of 400,000 jobs last month…

PNC is possibly the most pessimistic voice on the Street, with a projection that nonfarm payrolls contracted by 400,000 in January, including a 350,000 decline in the private sector.

The losses, Faucher said, “were likely due to a combination of factors,” most of them related to Covid. They include workers either dealing with their own virus infections, or having to take care of sick family members, parents who managed kids who were not being able to go to school, and weaker demand in pandemic-sensitive industries like bars, restaurants and hotels.

Under normal circumstances, this should not be happening.

Right now, we are dealing with the most epic labor shortage in our entire history.

There are “help wanted” signs all over the place, and companies all over America are literally hiring anyone with a pulse.

In fact, we just learned that there were almost 11 million vacant jobs in December…

Reflecting a tightening labor market, vacancies rose to 10.92 million, well above the FactSet estimate for 10.28 million and an increase of 1.4% from November. The rate of job openings as a share of the labor force was unchanged at 6.8%.

So we have nearly 11 million vacant jobs, and the number of Americans that are employed is declining?

Of course the mainstream media will never tell you the truth.  Millions of workers have seemingly “disappeared” from the system, and at this point we don’t even have enough able-bodied workers to do the basic tasks necessary to keep our economy functioning smoothly.

This lack of able-bodied workers is the number one factor behind our horrifying supply chain crisis, but of course you won’t hear this from CNN, MSNBC, ABC, CBS or NBC.

Speaking of CNN, how many sickos and perverts did they actually have working there?

For years they have been lecturing the rest of us about how to live our lives, but it turns out that there was an army of skeletons residing in their own closets.

Getting back to the economy, we now have way too much money chasing way too few goods and services.

This has created a raging inflation crisis, and many American families are feeling severe financial pain.

For example, rental prices increased by as much as 40 percent in some U.S. cities last year…

Rental prices across the country have been rising for months, but lately the increases have been sharper and more widespread, forcing millions of Americans to reassess their living situations.

Average rents rose 14% last year, to $1,877 a month, with cities like Austin, New York and Miami notching increases of as much as 40%, according to real estate firm Redfin. And Americans expect rents will continue to rise – by about 10% this year – according to a report released this month by the Federal Reserve Bank of New York.

Large numbers of people have been forced out of their houses and apartments due to extremely steep rent increases.

And heating costs continue to escalate dramatically as well.  In fact, natural gas futures shot up 16 percent on Wednesday alone…

The latest spike will keep home heating costs for millions of Americans elevated, adding to a long list of inflationary headaches.

Of course the price of food continues to rise aggressively as well.

Earlier today my wife went to the store to pick up a few things, and she got into a conversation with the cashier about rising prices.

The cashier told her that it seemed like just about everything was going up in price by about two dollars.  Of course that was a wild exaggeration and not even close to accurate.  But it is certainly true that we are now seeing price increases that can truly be described as “frightening”, and Americans from coast to coast are definitely starting to feel impact.

Meanwhile, the overall economy is really starting to slow down.  At this point, the Atlanta Fed is projecting that the U.S. economy will only grow by 0.1 percent during the first quarter…

So it appears that “stagflation” is already here.

But like I said, this is just the beginning.

What we have been through so far is just a preview of coming attractions, and the main event is definitely not going to be suitable for anyone with a weak stomach.

The post The U.S. Economy Just Took A Turn In A Very Ugly Direction appeared first on The Economic Collapse.