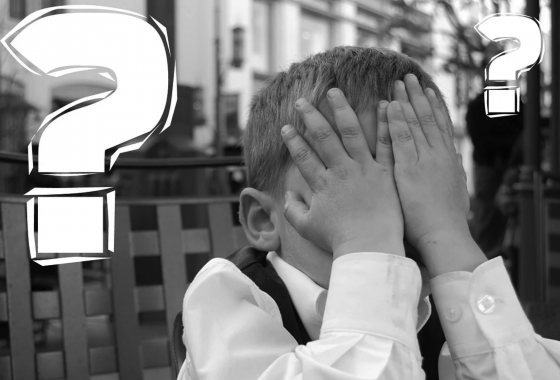 You don’t raise interest rates when the economy is already falling into a recession.  U.S. GDP contracted during the first quarter of 2022, and if it contracts again in the second quarter of 2022 that will officially confirm that we are already in a recession right now.  Any central banker that would choose to raise interest rates just as a new recession is starting is absolutely nuts.  But the “experts” at the Fed decided to go ahead with a 50 basis point rate hike on Wednesday anyway.  This was the largest rate hike that we have seen since the year 2000, and it appears that more rate hikes are coming later in the year.

Let me start my analysis by clearly stating that I believe that the Federal Reserve should be abolished.  A centrally managed economy is extremely odious to those of us that truly believe in free market economics, but unfortunately most of the population still fully embraces our economic overlords at the Fed even though they keep making enormous policy errors again and again.

Previously, we have seen the Fed tighten just as the U.S. economy began to slow down, and that resulted in some of the worst economic downturns in our history.

Now it is happening again, and we keep getting more confirmations that the economy has already been cooling off.  For example, the ADP employment report for the month of April was way below expectations…

U.S. companies added far fewer jobs than expected in April, suggesting the tightest labor market in decades has made it difficult for businesses to fill a record number of open positions, according to the ADP National Employment Report released Wednesday morning.

Companies added 247,000 jobs in April, sharply missing the 395,000 gain that economists surveyed by Refinitiv had predicted. It also marked a big decline from March, when private employers added an upwardly revised 479,000 jobs.

The officials at the Fed can see what is happening, but they are desperate to get the inflation monster that they played a major role in creating under control.

During his post-meeting news conference, Jerome Powell conceded that inflation is causing “hardship” for the American people…

“Inflation is much too high,” Fed Chairman Jerome Powell told reporters at a post-meeting news conference. “We understand the hardship it is causing, and we’re moving expeditiously to bring it back down. We have both the tools we need and the resolve that it will take to restore price stability on behalf of American families and businesses.”

It is certainly true that inflation is much too high.

But a 50 basis point hike is not going to make much of a difference on that front at all.

On the other hand, everyone agrees that the 50 basis point hike will have a substantial short-term impact on economic activity…

It’s expected to set off a domino effect through the economy, pushing up rates for credit cards, home equity lines of credit and adjustable-rate mortgages, among other loans.

In particular, this move will have enormous implications for the housing market.

Just as we have reached the peak of yet another housing bubble and foreclosures are starting to surge, Powell and his minions have decided to unleash chaos.

Do you remember 2008?  Well, if officials at the Fed keep raising interest rates we could be in for a crisis in the housing market that is even worse.

Unfortunately, it sounds like that is exactly what Powell and his minions are planning…

“There is a broad consensus (among Fed policymakers) that additional (half-point) rate increases should be on the table at the next couple of meetings,” Fed Chair Jerome Powell said at a press conference.

Don’t do it Powell.

Please don’t do it.

Going down that road will only end in tragedy.

Incredibly, the Fed is also telling us that it is going to start reducing the size of its balance sheet…

The Fed also announced that it will start reducing its massive $9 trillion balance sheet, which nearly doubled in size during the pandemic as the central bank bought mortgage-backed securities and other Treasurys to keep borrowing cheap. In a plan outlined Wednesday, the Fed indicated that it will begin winding down the balance sheet on June 1 at an initial combined monthly pace of $47.5 billion, a move that will further tighten credit for U.S. households. It will increase the run-off rate to $95 billion over three months.

Essentially, this will be “quantitative easing” in reverse.

The Fed created the unprecedented stock market bubble that we have now by pumping trillions of dollars into the financial system, and now they are threatening to burst that bubble.

And this comes at a time when stocks have already been falling precipitously.  Stocks are off to their worst start to a year in decades, and the Fed seems to think that this is a perfect time to make things even worse.

What in the world are the “experts” at the Fed thinking?

Right now, economic conditions are rapidly slowing down all over the world and the UN has warned us that we are heading into the worst global food crisis since World War II.

So this is a perfect opportunity for the Fed to depress economic activity even more?

Something doesn’t smell right about all of this.

I have been a very strong critic of the Federal Reserve for many years, but even I have a hard time believing that the officials at the Fed are this incompetent.

We are currently dealing with the largest land war in Europe since the 1940s, impending global famine, a horrifying bird flu pandemic and rapidly deteriorating economic conditions all over the planet.

And the Fed chooses this moment to tighten?

What a colossal mistake.

The post The Federal Reserve Just Made A Colossal Mistake appeared first on The Economic Collapse.