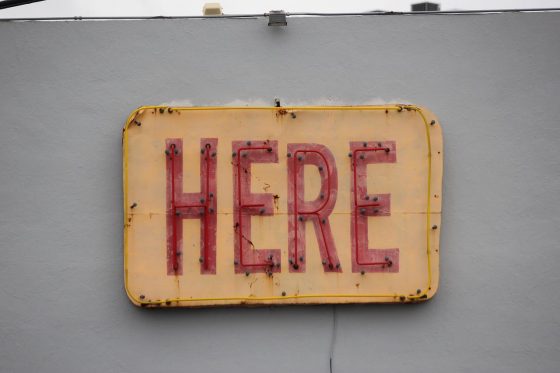 A lot of people out there have been waiting for this stock market bubble to implode for a really long time.  Well, the wait is now over.  Stock prices have been falling for months, but what we have witnessed within the past couple of weeks has been absolutely breathtaking.  Trillions upon trillions of dollars worth of paper wealth has been suddenly wiped out, and many investors are panic selling in a desperate attempt to lock in profits before the market completely collapses.

On Monday, the Dow lost another 600 points, but the really big news continues to be the staggering declines for both the S&P 500 and the Nasdaq…

It has been stunning to see these sorts of numbers day after day.

“I’ve been in the markets for 25 years and I’ve never seen anything like this,” said Danielle DiMartino Booth, CEO and chief strategist for Quill Intelligence, a Wall Street and Federal Reserve research firm. “It’s violent not just volatile.”

Sadly, she is right on target.  Things have already gotten really crazy, but many believe that the most chaotic chapters of this market implosion are still ahead of us.

The S&P 500 just dropped below 4,000 for the first time in more than a year, and I am already seeing people talk about what will happen when it falls to 3,000.

As for the Nasdaq, it has already plummeted 27 percent from the all-time record high.

Needless to say, that puts the Nasdaq well into bear market territory.

Tech stocks were crushed once again to begin the week, with some of the biggest names leading the way…

Rising rates continued to crush technology names such as Meta Platforms and Alphabet, which lost 3.7% and 2.8%, respectively. Amazon, Apple and Netflix all fell more than 5%, 3% and 4%, respectively, while Tesla and Nvidia plunged more than 9% each.

And check out these numbers for all of 2022 so far…

Of course Palantir has them all beat…

Palantir Technologies, which went public in September 2020 via a direct listing amid enormous hype and hoopla, has now earned a much coveted spot in my Imploded Stocks column.

Today, Palantir reported another huge loss, this time $101 million, on $446 million in revenues, bringing its total loss over the past four years, to $2.86 billion. Its revenue outlook for Q2 was below what Wall Street expected. Shares [PLTR] kathoomphed 22% so far today, and 84% from the peak in January 2021, to $7.40 a new all-time low.

Investors are starting to figure out that trendy “tech companies” that regularly lose hundreds of millions of dollars are not actually good investments.

Cryptocurrencies have been falling dramatically as well.

Bitcoin and other cryptos were hammered really hard once again on Monday, and at this point Bitcoin is down almost 55 percent from the all-time high…

Bitcoin is off nearly 55% from its November peak, and 40% of holders are now underwater on their investments, according to new data from Glassnode.

That percentage is even higher when you isolate for the short-term holders who got skin in the game in the last six months when the price of bitcoin peaked at around $69,000.

Those that bought Bitcoin low and got out in time ended up making a killing.

But those that got in at or near the top of the market and just kept holding on are going to get absolutely eviscerated.

Of course that is how the market works.  You either eat or you get eaten.

As for what is ahead, many of the experts are fearing the worst.  Here is just one example…

“We expect markets to remain volatile, with risks skewed to the downside as stagflation risks continue to increase,” wrote Barclays’ Maneesh Deshpande. “While we cannot discount sharp bear market rallies, we think upside is limited.”

In the short-term, you would think that things should stabilize at some point.

The fact that the Fed recklessly raised interest rates last week really shook a lot of people up, but that wave of panic should soon subside.

The much bigger issue is the outlook for the U.S. economy moving forward.  Interestingly, even corporate media outlets are now adopting a very negative tone about what is coming…

Inflation is at a 40-year high. Stock prices are sinking. The Federal Reserve is making borrowing much costlier. And the economy actually shrank in the first three months of this year.

Is the United States at risk of enduring another recession, just two years after emerging from the last one?

Even without another unexpected “trigger event”, the U.S. economy should get progressively worse throughout the remainder of 2022.

But as I have detailed in my last couple of books, I believe that we have entered a time in history when unexpected “trigger events” will come fast and furious.

Keep a close eye on the Middle East for the rest of this year, and we will all want to carefully watch how the global food crisis develops.

When people don’t have enough food, violence tends to erupt.  We saw this during the Arab Spring of 2011, and we will undoubtedly see similar eruptions in the months ahead.

Only this time around, the food shortages that we are facing threaten to develop into a long-term phenomenon.

In all my years of writing, I have never been more concerned about what is in front of us.

We have already been hit by crisis after crisis so far in 2022, but it looks like the second half of this year is going to be even crazier than the first half.

The post The Stock Market Carnage That You Have Been Waiting For Is Here appeared first on The Economic Collapse.