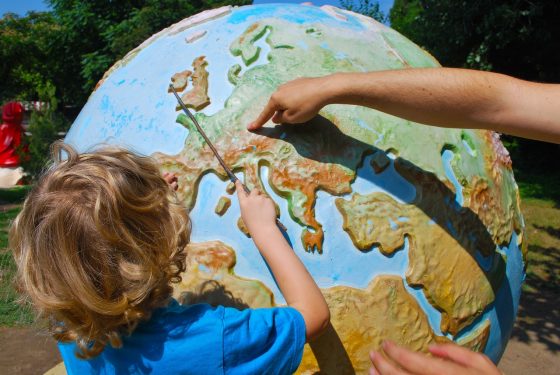 Things are starting to get really crazy in Germany.  The Germans are dealing with the worst inflation crisis that they have seen since the days of the Weimar Republic, and meanwhile economic activity is starting to shut down all over the nation.  Of course other European countries are facing similar problems, but Germany was supposed to be the economic rock that the rest of Europe could always depend upon.  Unfortunately, the decision by the Russians to cut off the flow of gas through the Nord Stream 1 pipeline is hitting Germany extremely hard.  If we could just get both sides to agree to end the war in Ukraine, that would greatly help matters, but that simply isn’t going to happen.  In fact, it appears that Vladimir Putin has decided to greatly escalate matters, and the western powers will inevitably greatly escalate matters in response.  What this means is that the economic turmoil that we are witnessing in Europe isn’t going anywhere any time soon.

This week, we got some inflation numbers out of Germany that are so high that it is difficult to believe that they are actually real…

German producer prices rose in August at the fastest rate since records began in 1949, data released by the Federal Statistical Office showed today, pointing to a further increase in consumer prices.

Soaring energy prices on the back of Russia’s war against the Ukraine remain the main driver behind rising prices.

If we continue to see monthly increases of around 8 percent, next year at this time we could be talking about a yearly jump of close to 100 percent.

How bad do things have to get before we actually start using the term “hyperinflation”?

Energy prices are the biggest reason why inflation has gotten completely out of control, and the German government has been forced to nationalize a huge natural gas company in order to keep it from going under…

The German government is closing in on an agreement to nationalize gas giant Uniper SE, as Berlin moves to stave off a collapse of the country’s energy sector.

A provisional agreement between the government, Uniper and its main shareholder, Finland’s Fortum Oyj, has been reached, according to people familiar with the situation. While contracts haven’t been signed, Berlin is aiming for an announcement later this week.

According to the CEO of Uniper, the company has been losing about 100 million euros a day during this crisis.

Needless to say, the German government cannot save everyone, and so a lot of firms won’t survive this crisis at all.

For example, a manufacturer that has been making toilet paper for Germans for nearly 100 years is now headed into insolvency…

Hakle has been a German household name since 1928, but the Duesseldorf-based toilet paper manufacturer said all it took was this summer’s gas price shock to drive it into insolvency.

According to the German central bank, the nation is moving into a “broad-based and prolonged decline in economic output”…

“Economic activity may pull back somewhat this quarter and shrink markedly in the autumn and winter months,” the central bank said, adding that it didn’t forecast this adverse scenario in a June report.

Bundesbank continued: “There are mounting signs of a recession in the German economy in the sense of a clear, broad-based and prolonged decline in economic output.” It said a contraction is expected in the third quarter with deeper declines in economic activity in the fourth.

“High inflation and uncertainty with regard to energy supply and its costs affect not only the gas and electricity-intensive industry and its export business and investments, but also private consumption and the service providers dependent on it,” the central bank said.

You can refer to such a scenario as a “recession” or a “depression” if it makes you feel better.

I call it an economic collapse.

The U.S. economy will soon be experiencing immense turmoil as well.

According to billionaire Barry Sternlicht, the Fed’s exceedingly foolish policies are pushing us toward a “serious recession”…

In an interview with CNBC’s “Squawk Box” on Thursday, Barry Sternlicht, the chairman and CEO of Starwood Capital, said he believes Americans are facing a major recession if the Federal Reserve proceeds with several more rate hikes as a means of curbing inflation, which is reportedly the central bank’s plan.

“The economy is braking hard,” Sternlicht told the financial news outlet, according to the Daily Caller. “If the Fed keeps this up, they are going to have a serious recession and people will lose their jobs.”

He is right on target, but instead of saying “people will lose their jobs” he should have noted that lots of people are already being laid off.  This is something that I have been documenting on my website for quite some time, and this week we learned that Gap has decided to lay off hundreds of corporate workers…

Gap Inc. is cutting about 500 corporate jobs as the clothing retailer struggles with declining sales.

The job cuts, which include open positions, will be primarily at Gap’s offices in San Francisco, New York and Asia and hit various departments, a representative for the retailer confirmed Tuesday. The moves were first reported by The Wall Street Journal.

In this environment, very few workers are truly safe.

At this point, even the entertainment industry is letting lots of people go…

The struggling TV and film industry continues to run face first into bad news. This week it was reported that Warner Bros. Discovery was firing 100 TV ad salespeople at the same time that Paramount has considered ending offering Showtime as a standalone service, Bloomberg reported.

Netflix followed suit with their own layoffs, the report says. The company has reportedly let go hundreds of employees and abandoned some of its office space. At the same time, the firm’s stock price has collapsed and fallen more than 60% from its all time highs.

Will we see something similar in the months ahead?

And just like during “the Great Recession”, the housing market is really starting to slow down.  In fact, we just learned that homebuilder confidence has now fallen for nine months in a row…

The confidence of builders of single-family houses fell again in September, the ninth month in a row of declines, “as the combination of elevated interest rates, persistent building material supply chain disruptions, and high home prices continue to take a toll on affordability,” the NAHB report said.

With today’s index value of 46, the NAHB/Wells Fargo Housing Market Index is now below where it had been in May 2006, on the way down into the Housing Bust.

This time around, it won’t just be a few areas of the planet that suffer.

At this moment we are literally witnessing economic implosions all over the planet, and the stage is being set for an immensely painful 2023.

The one thing that could really turn things around would be peace.

Unfortunately, global leaders on both sides seem absolutely determined to drag us into the type of cataclysmic global conflict that I have been warning about for years.

So there isn’t going to be peace, and that means that things are going to get really bad in 2023 and beyond.

But I also believe that you were put at this specific moment in history for a reason.

It is when times are the darkest that the greatest good can be done, and that is something that we will all need to remember during the very dark times in front of us.