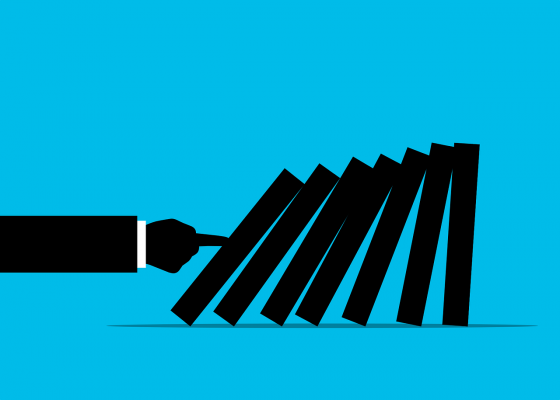 They know exactly what they are doing.  The “experts” that run the Federal Reserve know that if they dramatically hike interest rates it will cause countless American workers to lose their jobs and it will absolutely crush the housing market.  And even though those two things are already starting to happen, they just announced another massive rate hike.  If there was a school for central bankers, one of the very first things that they would teach you is that you should never, ever raise rates as an economy is plunging into a recession.  Every Fed official knows what has happened in the past when rates have been hiked at the beginning of an economic slowdown, but they are doing it anyway.  To call this “economic malpractice” would be a major understatement, and the American people should be deeply alarmed about what they are doing to us.

After everything that has already happened, it is hard to believe that Fed officials would continue to be so reckless.  On Wednesday, it was announced that rates would be raised by another 75 basis points…

The Federal Reserve on Wednesday raised its benchmark interest rate by 75 basis points for the third straight month as it struggles to bring scorching-hot inflation under control, a move that threatens to slow U.S. economic growth and exacerbate financial pain for millions of households and businesses.

The three-quarter percentage point hikes in June, July and September — the most aggressive series of increases since 1994 — underscore just how serious Fed officials are about tackling the inflation crisis after a string of alarming economic reports. Policymakers voted unanimously to approve the latest super-sized hike.

It was a unanimous vote.

There wasn’t even one dissenting voice.

Have they gone completely mad?

Wall Street certainly did not like this decision.  The Dow plunged hundreds of points immediately after it was announced…

The S&P ended Wednesday’s session down more than 10% in the past month and 21% off its 52-week high. Even before the rate decision, stocks were pricing in an aggressive tightening campaign by the Fed that could tip the economy into a recession.

For ages, the Fed coddled the financial markets, but now it is almost as if they don’t even care anymore.

Personally, I am far more concerned about what will happen to ordinary hard working Americans in the months ahead.  Even Jerome Powell is admitting that “an increase in unemployment” is likely because of what the Fed is doing…

“I think there’s a very high likelihood we will have a period of … much lower growth and it could give rise to an increase in unemployment,” he said.

Will that mean a recession?

“No one knows whether that process will lead to a recession or how significant a recession it will be,” Powell said. “I don’t know the odds.”

Actually, we are in a recession right now.

And Powell and his minions just made things a whole lot worse.

Even Democrats understand this.  After the rate hike was announced, Senator Elizabeth Warren went on Twitter and warned that “millions of Americans” could soon lose their jobs…

.@federalreserve’s Chair Powell just announced another extreme interest rate hike while forecasting higher unemployment. I’ve been warning that Chair Powell’s Fed would throw millions of Americans out of work — and I fear he’s already on the path to doing so.

This is one of the rare occasions when Elizabeth Warren is right on target.

As I have been documenting on my website for weeks, large numbers of Americans have already been getting laid off.

In fact, things are already so bad that even Facebook is trimming their numbers…

As growth stalls and competition intensifies, Facebook parent Meta has begun quietly cutting staff by reorganizing departments, while giving ‘reorganized’ employees a narrow window to apply for other roles within the company, according to the Wall Street Journal, citing current and former managers familiar with the matter.

By shuffling people around, the company achieves staffing cuts “while forestalling the mass issuance of pink slips.”

So why would the Fed choose to raise rates when layoffs are already beginning to spike?

Higher rates are also having a devastating impact on the housing market.

This week, we learned that sales of existing homes have now fallen for seven months in a row…

Home sales declined for the seventh month in a row in August as higher mortgage rates and stubbornly high prices pushed prospective buyers out of the market.

Sales of existing homes — which include single-family homes, townhomes, condominiums and co-ops — were down 19.9% from a year ago and down 0.4% from July, according to a report from the National Association of Realtors.

Someone should start putting “Jerome Powell did this” stickers on for sale signs all over the nation.

Because this didn’t have to happen.

Now the housing market is already in a “deep recession”, and the Fed just keeps making things even worse…

The prolonged downturn in confidence shows the housing market has been “in a tailspin for the whole of this year,” according to Pantheon Macroeconomics chief economist Ian Shepherdson.

“Activity tracks mortgage applications with a lag, and the early September numbers are grim, even before the full hit from the rebound in mortgage rates in recent weeks works through,” Shepherdson said in a note to clients on Monday.

“In short, the housing market is in a deep recession, which is already hammering homebuilders and will soon depress housing-related retail sales,” he added.

The Fed seems determined to kill the economy.

Why would they do this?

“With the new rate projections, the Fed is engineering a hard landing — a soft landing is almost out of the question,” said Seema Shah, chief global strategist of Principal Global Investors. “Powell’s admission that there will be below-trend growth for a period should be translated as central bank speak for ‘recession.’ Times are going to get tougher from here.”

Yes, times are definitely going to get tougher from here.

In fact, we are eventually headed for a meltdown of epic proportions.

But instead of working to prevent a historic crisis, the Federal Reserve is actually encouraging one.

The American people deserve some answers, because there is something about all of this that really stinks.

The post They Know That They Are Killing The Economy, But They Are Doing It Anyway… appeared first on The Economic Collapse.