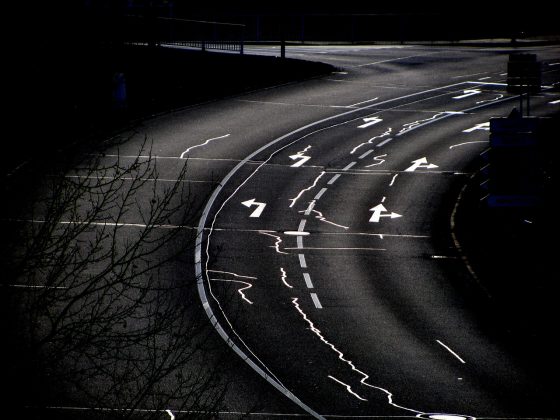 The road ahead certainly does not look promising.  For much of 2022, there has been a lot of debate about whether or not the U.S. economy is in a recession, is headed for a recession, or is about to turn in a positive direction.  Unfortunately, virtually all of the numbers are now telling us that economic conditions are starting to deteriorate quite rapidly as we approach the beginning of 2023, and even rabidly optimistic business leaders such as Jeff Bezos are warning us to prepare for harder times.  So now the framework for the debate over our economic future has shifted.  At this point, there are some that expect a relatively minor recession and then a recovery, and there are those such as myself that expect immense pain in the years ahead.  There are so many warning signs that indicate that the entire system is starting to crack and crumble, but a lot of the “experts” are still hoping that our leaders will find a way to turn things around somehow.

On Wednesday, those of us that closely watch the economic numbers received quite a shock.

The latest figure for the Chicago Purchasing Managers’ Index came in way, way below expectations, and that is really bad news.

If you are not familiar with the Chicago PMI, here is a pretty good definition…

Economists were expecting the survey to come in at around 47, but instead the final number came in at just 37.2…

In a massive downside surprise, the Chicago PMI survey just printed 37.2 (vs 47.0 expectations), plunging to its lowest level since the peak of the COVID lockdowns in 2020. This was below the lowest estimate of 25 economists surveyed.

In the entire history of the survey, the Chicago PMI has only plunged below 40 during times when the U.S. economy has been in a recession.

Other data points are also telling us that the U.S. economy is clearly trending in the wrong direction…

-Consumer confidence has declined for two months in a row.

-U.S. home prices have now fallen for three months in a row.

-Existing home sales have now dropped for nine months in a row.

The housing industry has not been in this much of a mess since the last housing crash.

According to the NAR, home sales were way down all over the nation last month…

And if the Federal Reserve continues to hike interest rates, things are only going to get worse.

Even now, we are beginning to see layoffs in the industry that once would have been unimaginable.  For example, Reverse Mortgage Funding “laid off 80% of its staff on Tuesday”…

One week after deciding to “pause” all of its mortgage originations, Reverse Mortgage Funding LLC (RMF) laid off 80% of its staff on Tuesday.

Various social media posts by former employees maintained that the company, based in Bloomfield, N.J., had closed, but that is not the case, according to someone familiar with Tuesday’s events who spoke on condition of anonymity because they were not authorized to discuss the matter.

Countless others will be laid off in the months ahead.

Of course other industries are starting to feel quite a bit of pain as well.  Earlier today, I was surprised to learn that CNN has decided that a large wave of layoffs has become necessary…

Cable news giant CNN will be hit by layoffs Wednesday and Thursday, part of continued cost-cutting by parent company Warner Bros. Discovery, which is trying to integrate the legacy WarnerMedia businesses (like CNN) and the Discovery businesses.

In a memo Wednesday morning, CNN CEO Chris Licht wrote that the channel will inform paid contributors Wednesday as part of a new reporting strategy, with full-time employees being informed of their status on Thursday.

I don’t wish ill on anyone, but the truth is that CNN brought this on themselves.

CNN has lied over and over again in recent years, and those lies have deeply hurt millions upon millions of people.

Elsewhere, the stunning layoffs in the tech industry just continue to accelerate.  On Wednesday, DoorDash announced that it would be eliminating approximately 1,250 corporate jobs…

DoorDash on Wednesday said it will lay off about 1,250 corporate employees after growing its team too quickly during the pandemic, making it the latest tech company to cut staff in recent weeks.

The cuts represent about 6% of DoorDash’s staff, according to a company spokesperson.

Just within the past few weeks, we have seen so many prominent tech companies lay off workers.

In fact, CNBC is reporting that over 50,000 tech workers lost their jobs during the month of November alone…

Within weeks, mass layoffs primarily in tech, including at Twitter, Meta, Amazon, Salesforce, HP, Lyft, Doordash and more, have flooded headlines. More than 50,000 workers in tech lost their jobs in November, up from 12,600 in October, according to Layoffs.fyi.

Sadly, most American workers are not in a position to handle a job loss.

As the Republicans in the House of Representatives recently noted, more than 60 percent of the country is currently living paycheck to paycheck…

Over 60% of Americans are living paycheck to paycheck in Joe Biden’s economy.

Nearly 40% of workers are considering a second job to stay afloat.

When you are living paycheck to paycheck, it can be extremely difficult to keep paying the bills once you lose a job.

And in the months ahead, we are going to see many more people suddenly get the axe.

Our leaders have pursued policies that have made the coming economic nightmare inevitable, and now we are all going to pay a very great price for their foolishness.