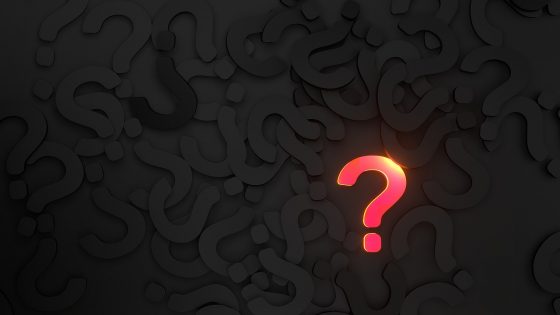 For the first time in decades, the cost of food has become a major issue in America.  If rapidly rising food prices are not a problem for you, then you should be very thankful, because most of the country is really hurting right now.  The cost of food has been going up much faster than our paychecks have throughout 2022, and this week Walmart CEO Doug McMillion publicly admitted that double-digit price increases for packaged foods “are going to be with us for a while”.  This is a crisis that isn’t going away, and as you will see below, it appears that things will get even worse in 2023.

But even though I am constantly writing about our deteriorating economic conditions, even I was absolutely stunned by the results of a new survey that was just released…

More than two-thirds of Americans are having a hard time affording groceries as food costs continue to soar, according to new data.

Retail technology platform Swiftly reported Wednesday that 69% of shoppers say they are struggling to pay their grocery bills after months of persistently sky-high inflation, and 83% currently rely on some form of coupons or loyalty program to put food on the table, according to its True Cost of a Grocery Shop survey.

If this poll is accurate, that means that almost 70 percent of all Americans are having trouble paying their grocery bills right now.

Unfortunately, food prices are only going to go higher because global food supplies just keep getting tighter and tighter.

For example, the USDA is projecting that the upcoming orange harvest in Florida will be the smallest since 1943…

Orange juice futures squeezed to a near-record high ahead of another US Department of Agriculture’s crop report on Friday that will likely show tight global supplies will persist well into the new year.

USDA’s next report will provide an estimate for Florida’s 2022-23 harvest. Figures will add to October’s downbeat report, which showed that Florida would only produce 28 million boxes (each box is 90 pounds) for the current season, down 32% from the prior year. This season is expected to be the lowest harvest since 1943.

One parent from Keystone, Florida, said it’s been “crazy” – especially for parents in need of a popular hypoallergenic and lactose-free formula.

“We have been getting less powder, Nutramigen. So, whatever I have, I’m kind of like, can I just feed him less? But then it’s like, you can’t feed a child less because that’s not fair to them,” mother Ellie Johnston told FOX Business.

On my website, The Economic Collapse Blog, I have been documenting countless other reasons why global food supplies will keep getting tighter in the months ahead.  Make sure to bookmark the site and check it several times a week for the latest updates.

As Americans on the bottom levels of the economic pyramid become increasingly desperate, we are seeing a very alarming spike in retail theft.

During a recent appearance on CNBC, Walmart CEO Doug McMillion was asked about what his stores are seeing…

Walmart stores across the U.S. are grappling with an uptick in shoplifting that could lead to higher prices and closed stores if the problem persists, Walmart CEO Doug McMillon said Tuesday.

“Theft is an issue. It’s higher than what it has historically been,” he told CNBC’s “Squawk Box.”

“We’ve got safety measures, security measures that we’ve put in place by store location. I think local law enforcement being staffed and being a good partner is part of that equation, and that’s normally how we approach it,” McMillon said.

“If that’s not corrected over time, prices will be higher, and/or stores will close,” McMillon said.

I have bad news for him.

This isn’t going to be corrected.

In fact, things are only going to get worse in this country.

For years, I have been warning that food would become such a target for thieves that armed guards would be needed.

Unfortunately, that time has now arrived…

A Philadelphia gas station owner fed up with incessant crime threatening his employees and customers hired heavily armed security guards to watch over his business.

In many parts of Philadelphia, the criminals are the ones that are in control, and so that is why this gas station owner feels compelled to hire his own private security force…

“They are forcing us to hire the security, high-level security, state level,” Patel told FOX 29. “We are tired of this nonsense; robbery, drug trafficking, hanging around, gangs.”

The final straw for Patel came after he said his business was vandalized by young people and an ATM machine was stolen. His car was also a casualty of crime around the area.

Of course this sort of environment can now be found in major urban areas all over the nation.

Organized retail crime has become a multi-billion dollar business, and if it is far worse this year than it was last year.

In an article that he just posted, Mike Adams did a great job of summarizing where things currently stand…

The key phrase in all this is organized retail crime. This isn’t merely spontaneous, simple shoplifting, it’s a whole new type of large-scale theft where teams of thieves are prepped and coordinated to hit a retail establishment and clean out its most valuable items in seconds. The stolen goods are then sold on Ebay, Amazon and other online marketplaces, or delivered to local buyers in exchange for cash.

According to the National Retail Federation, organized retail crime has skyrocketed by 26.5% in 2022, year over year. It now costs retailers over $100 billion per year in losses.

Our country is starting to come apart at the seams all around us.

I am sorry if that statement offends you, but it is true.

Crime is out of control, predators are roaming the streets, and the population is becoming increasingly desperate as the cost of living spirals out of control.

Sadly, things are only going to get worse during the months that are ahead of us.

The post Can You Guess What Percentage Of Americans Are Having Trouble Paying Their Grocery Bills? appeared first on The Economic Collapse.